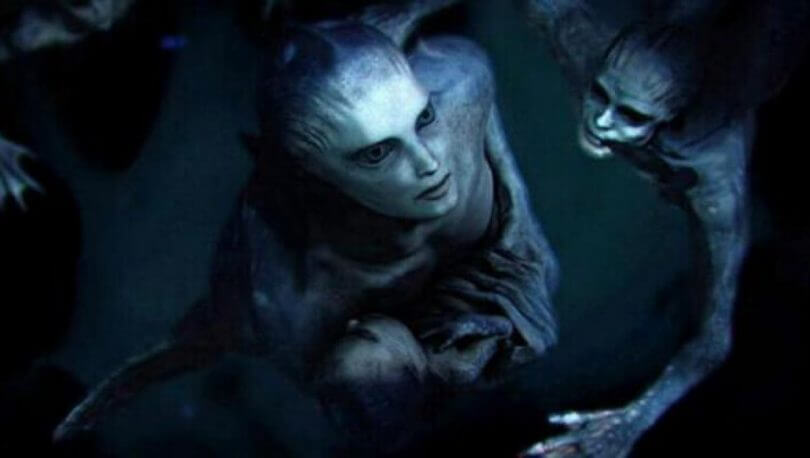 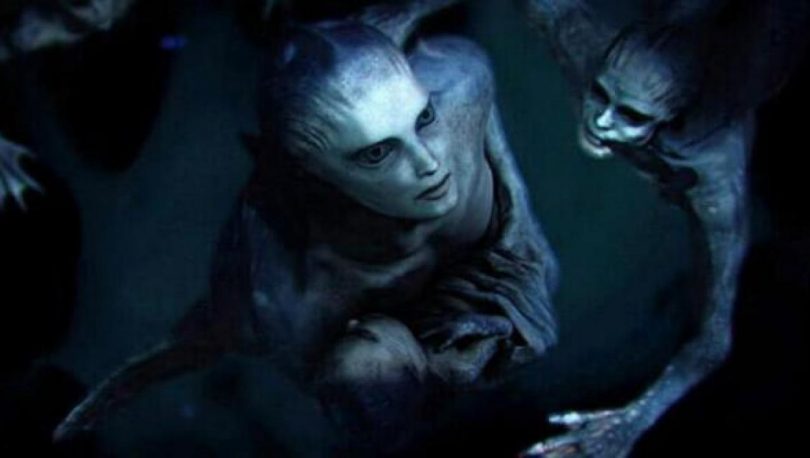 Russia is home to a large number of enigmas and mysteries, each one more strange than the other. The next case, on Lake Issik Kul, is no exception. Are there giant humanoids in the deep lakes of this cold country? Isolated ares seem to be a great place for Aquatic Humanoids to live and be hidden from Humanity. 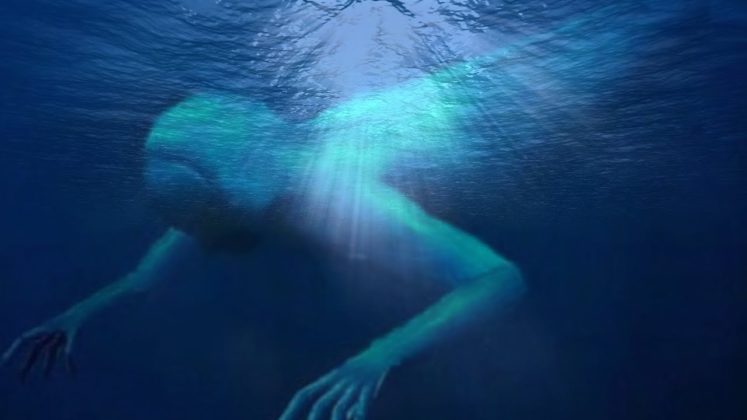 Although these particular events have been going on for thousands of years, our story begins in the 1930s, when a paranormal investigator named Ilya Grabovsky was exploring strange events surrounding Lake Issik Kul, a water ‘well’ of great depth located in the mountains of northern Tian Shan. “Issik Kul” means “Hot Lake”, a reference to the fact that the lake never freezes, despite being surrounded by icy mountains.

Grabovsky had heard legends about hidden caves in the area so he contacted a local. At first, the man was reluctant to describe his experience, but the paranormal investigator finally convinced him to pass on his knowledge. He told Grabovsky that he and his friends were fishing on the northwest shore of the lake, when they saw a cave. It was inaccessible so they decided to return the next day with ropes, lanterns and picks.

The next day, the men began to explore the cave and made a surprising discovery within its innermost sector. They discovered three human skeletons, more than ten feet tall each. Around their necks, each skeleton had a silver amulet in the shape of what men described as “bats.” An interesting aspect, since there have been several reports describing UFOs in this particular way, not only in Russia, but also in the rest of the world.

Even more intriguing is a local Kyrgyz legend that refers to a sunken city at the bottom of the Issik Kul lake. The last ruler of the ancient city had been King Ossounes, a giant with “long ears”. The legend also mentions that Ossounes was able to fly between the peaks of the mountains “in the blink of an eye”.

This discovery scared the men enough to keep quiet about it for years, but not enough to leave the silver amulets behind. They melted the jewels and sold the silver, but they kept a small fragment as a souvenir. No photograph of this fragment survived to this day, but Grabovsky later wrote that the Soviet scientists who had the opportunity to examine it were unable to determine its exact age.

Intrigued by the fisherman’s confession, Grabovsky decided to go deeper into the mystery. Scanning through local archives, he came across the first mention of similar giant creatures, dating back to the mid-1800s. A group of Georgian children (at that time, Georgia was part of the Russian Empire) were diving for mussels in Lake Issik Kul when they passed over the entrance to an underwater cave inside the nearby mountain. As you probably guessed, the cave was the home of the last mortal remains of several giants. Despite his best efforts, Grabovsky never found this cave. Or maybe he did, but he remained silent. Either way, the official version is that he died without sharing the results of his work with the rest of the world. But this is not the end of the story.

In the early 1980s, Lake Issik Kul became the site for Soviet tests of torpedoes, submarine missiles and military diving equipment. It was also one of the places where the Soviet army carried out the continuous training of reconnaissance divers known as ‘the frogmen’. Another place was the now famous Lake Baikal. 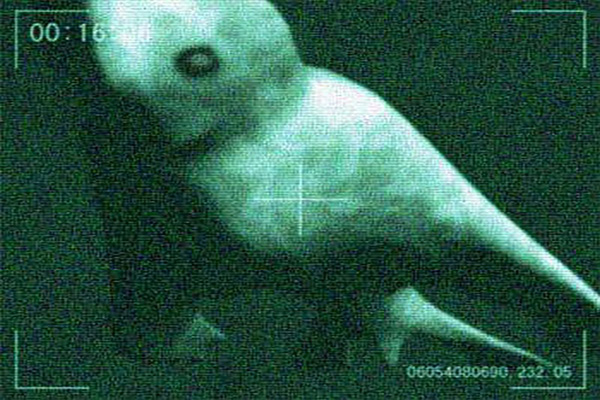 It is said that in 1982, during a ‘frogmen’ training exercise on Lake Baikal, divers encountered a strange group of ‘swimmers’ underwater. Those aquatic humanoids were huge (more than 3 meters high) and, despite swimming in icy waters, they wore nothing but tight silver suits. Although the beings were seen at a depth of more than 45 meters, none of them wore anything resembling a diving equipment. They only had helmets in the shape of a sphere that hide their heads.

This meeting supposedly led the Soviet military leaders to attempt an expedition to catch one or all of the humanoids under water, and a group of seven frogmen was sent to the area. Former Afghan war veteran and author Mark Shteynberg, who has extensively investigated this case, recalls:

“As the frogmen tried to cover the creature with a net, the entire team was propelled out of the deep water to the surface by a powerful force. Because the autonomous team of submariners does not allow surfacing from these depths without strict adherence to the process of decompression stops, all members of the unfortunate expedition were attacked by the disease of diver, or floating gate disease . The only curative treatment available consisted of an immediate seclusion under conditions of decompression in a pressure chamber. They had several pressure chambers as in the military region, but only one was in operational conditions. That could contain no more than two people. These local commanders had forced four divers to enter the chamber. As a result, three of them (including the CO of the group) perished, and the rest were disabled. “

As a direct result of this incident, General V. Demyanko, the commander of the Buso Military Service of the USSR, was transferred to the Issik Kul military base to inform local officials about the dangers of trying to capture giant underwater humanoids. This serves as evidence that the Soviet high command was well aware of the presence of such creatures, both on Lake Baikal and Issik Kul. Had an order been issued against his capture if the creatures were not real?

Not long after that, the Defense Forces of the Ministry of Defense issued a bulletin addressed to the headquarters of the Turkmenistan military region. The bulletin pointed to many other lakes where sightings of similar aquatic humanoids have been reported, along with the usual flying discs and spheres that ascend and plunge into the depths. This leads us to believe that the incidents on Lake Baikal and Issik Kul were not singular events, but rather expressions of a much broader phenomenon.

The veracity of this incident is supported by the admission of the Russian writer Mikhail Demidenko. After becoming familiar with Shteynbergs account in 1992, Demidenko recalled spending some time at Lake Baikal in the mid-1980s, on a mission of the Union of Writers of the USSR. It was there that the Irkutsk fishermen told him how they saw the Soviet divers being thrown out of the water and continued their ascent to a height of 9-15 meters above the surface. The fishermen did not know about the underwater humanoid episode and had been wondering why the Soviet military subjected their divers to this type of evidence.

So, is this case definitive evidence that the Russian lakes are home to a race of giant aquatic humanoids? Not enough, since a more palpable test is needed. But the continued existence of legends and confessions of retired high-ranking military officers, such as Colonel Vladimir Azhazha, seems to suggest that something is lurking in the unexplored depths of our planet. What do you think about this? Leave your comment below!