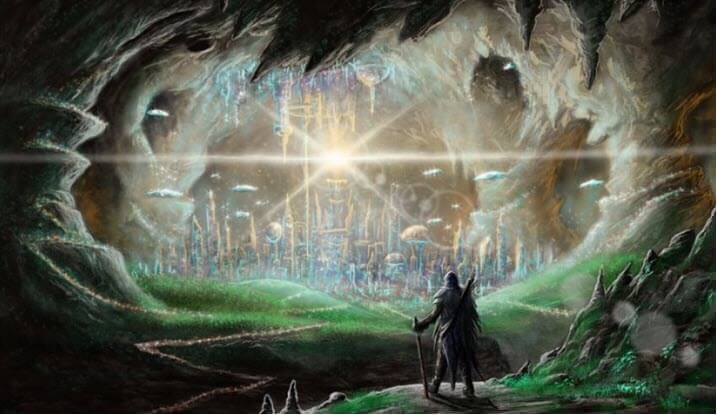 Scientists Jessica Irving and Wenbo Wu, of Princeton University and Sidao Ni, of the Institute of Geodesy and Geophysics of China have discovered a new world at a depth of 660 km (410 miles). This discovery disrupts the mainstream scientific view on the Earth’s layers and characteristics. This new layer is for now known as the 660 boundary.

The team was able to collect evidence indicating the existence of mountain ranges as high and in some cases higher than some of the ones on the Earth’s surface. Mountain formations are followed by a series of valleys and plains. This layers seem to exist around the whole world and not only limited to the area around the earthquake´s epicenter. This discovery affirms that there is some kind of hollow Earth zone. However, we do not have information on the space available between the mountain peaks and the “ceiling” of this layer. Does this space look more like a cave where one can see the ceiling or is some kilometers away?

But how did the scientist collect this information? They looked at data collected from the waves captured after an earthquake of magnitude 8.2 that occurred in Bolivia in 1994 that had it’s epicenter at a depth of about 650 km. This earthquake is the second most powerful earthquake ever recorded. The waves data was analysed with the use of major computer systems. From the seismic waves they could plot the morphology at the depth of 660 Km in the same way that sonar waves can provide a plot of underwater morphology.

This zone at 660 Km is known to geologists from at least the 1990s. It has been previously describe as a transition zone separating the upper and lowe mantle.

This discovery demonstrates how little we know about what really lies below the Earth´s surface. Could there be life at those depths? Life that has adapted to that environment and cannot come to our surface? Could they have collected information on formations that they

The original research article was published on Science magazine