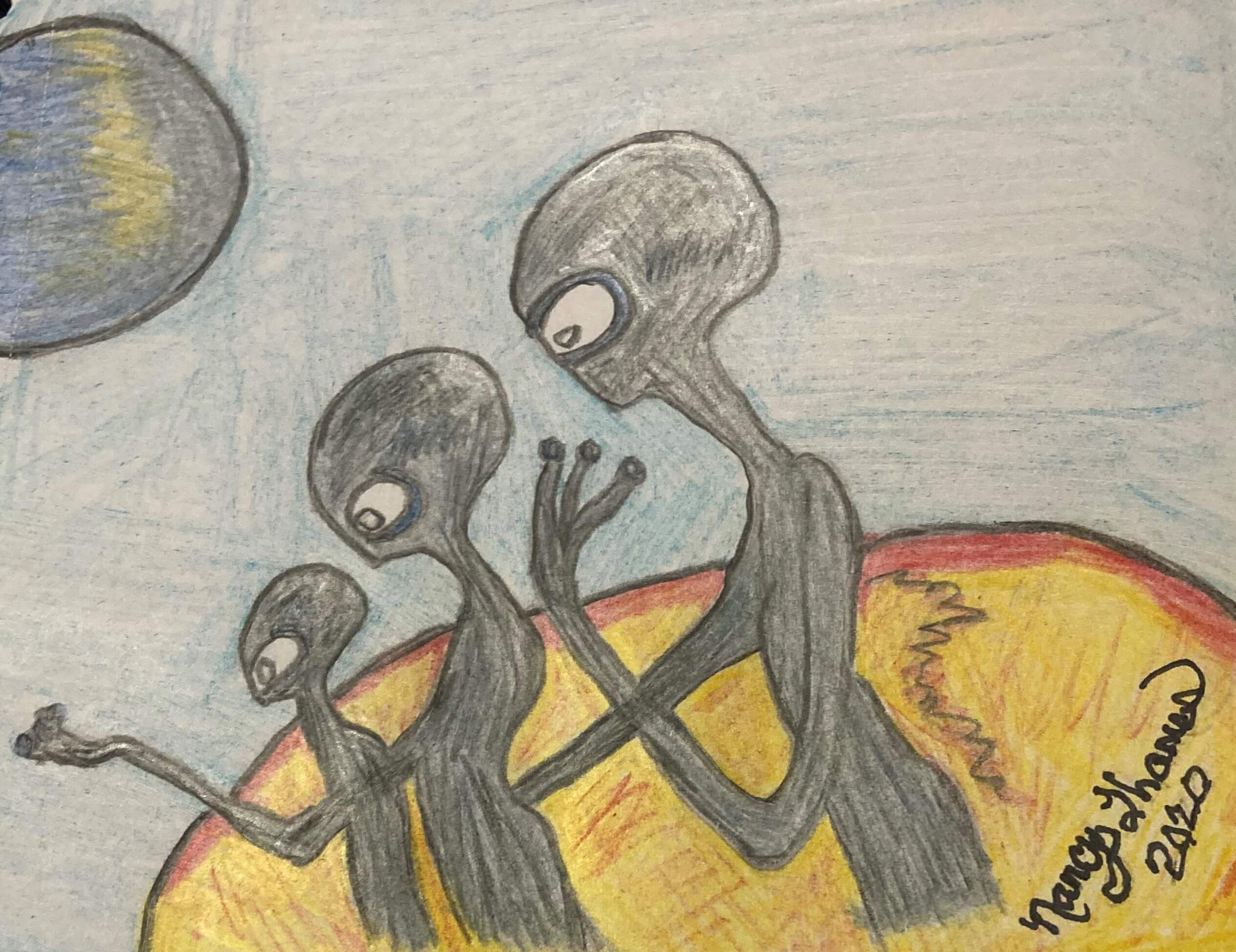 There is a common pattern in the dubious claims made for pseudosciences and bogus belief – whenever pushed for compelling evidence, excuses are offered instead. The evidence is being covered up by a conspiracy, science cannot detect this phenomenon yet, the phenomenon is not reliable or fades in the presence of skeptics, the tape was erased (I literally heard that one), or perhaps the world is just not ready for the amazing truth. Of course the people making these claims – they know, because they are special in some way.

Perhaps one of the weakest excuses is the notion that extraterrestrial aliens exist and are visiting the Earth, but their presence is being covered up because “the world just isn’t ready for them.” This is usually offered as an obvious statement of fact, coupled with the promise that when the world is ready, they will reveal themselves. To me this is nothing but mystery-mongering nonsense and special pleading. These claims were also recently repeated by “retired Israeli general and current professor Haim Eshed.” He claims that Israel and the US  have been in contact with aliens for years:

“But Eshed insists that Trump is aware of them, and that he was “on the verge” of disclosing their existence. However, the Galactic Federation reportedly stopped him from doing so, saying they wished to prevent mass hysteria since they felt humanity needed to “evolve and reach a stage where we will… understand what space and spaceships are,”

I don’t know if something is being lost in translation here (either from Alien to Earthican, or from Hebrew to English), but I think we know what space is, and have a pretty good idea what spaceships are. The claim that there will be “mass hysteria” is, of course, unfalsifiable (until we actually do encounter space aliens). This is nothing but a prediction based upon subjective opinion. I also don’t think it’s terribly plausible.

No one knows what will actually happen if and when an alien civilization reveals their presence to the world. Probably there will be every kind of reaction – there are over 7 billion people in the world. More important, and probably what aliens should mostly concern themselves with, is how the world’s governments will react. Will they be peaceful or hostile? Will they be cooperative? But usually in these alleged scenarios, as with Eshed’s claims, the governments (at least some governments) already know, and they are cooperating. So what’s the problem?

My problem with these claims is that no matter how you try to construct the narrative, it just doesn’t make internal sense. The story never quite holds together. So – aliens are in talks with Israel and the US (at least) and the governments are cooperating, but they let this guy spill the beans? This, of course, also requires that Trump has the discipline to keep the biggest story of all time a secret. No, sorry. Especially once the beans are in fact spilled, others would likely come forward to confirm it. You could alternatively speculate that the aliens are using their influence, or perhaps technology, to keep any humans who know about them from confirming their existence – but then again, how did this guy slip through the cracks?

And what, exactly, are they discussing with world leaders? “Hi – just wanted you all to know that we exist, but you are not ready to know that we exist, so please don’t tell anything. Toodles.” This is a critical contradiction – if they don’t want us to know they are here, we wouldn’t know, and if they did want us to know, we would know. This forever in-between state of implausible conspiracies just doesn’t make sense. I would further point out that these claims go back at least to the 1960s, so how long do the aliens feel they need to tease us with the possibility of their presence before we are “ready”? The longer these claims of – we’re just not ready – go on, the harder they become to sustain. There perpetuation relies on generational amnesia. The situation is very much like religious sects who believe the end of the world is nigh. Each generation thinks they are the last, and are living in the end times, and have limited awareness of the fact that every generation before them also believed that. I’m only in my 50s, but that is old enough to have lived through a generation of – the government is going to reveal their knowledge of aliens any day now.

I could buy an argument that is something like the Prime Directive – an alien species might, out of respect, not wish to interfere with our natural development. Perhaps they are waiting until we have “warp drive” or some other threshold technology before we are invited to join the Galactic Federation. In this case, they will not have made contact, be sipping tea with Donald Trump, and trusting that some retired general will not reveal all their secrets. We would simply be completely unaware of their existence. If, on the other hand, they feel it is time to reveal themselves to world leaders, then they probably also feel that we have reasonably stable governments that are in control and can be trusted with this knowledge. This is probably the same threshold as just letting the world know they exist. Why would they ask world leaders (and all their necessary support staff) to lie to their own people?

I have heard dozens of speculations as to why they might do this, none convincing, and I’m confident some will appear in the comments below. They want us to know that nuclear war is bad. No, really? Thanks for the head’s up. Eshed makes this claim:

The 87-year-old former space security chief gave further descriptions about exactly what sort of agreements have been made between the aliens and the US, which ostensibly have been made because they wish to research and understand “the fabric of the universe.”

They flew across the galaxy because they need our help in understanding the “fabric of the universe”? Those motivated to believe such things will be extremely creative in retconning these old UFO themes into some sci fi story that sort-of makes sense. But they will always be that – bad sci fi, free of any evidence, and thoroughly unconvincing.