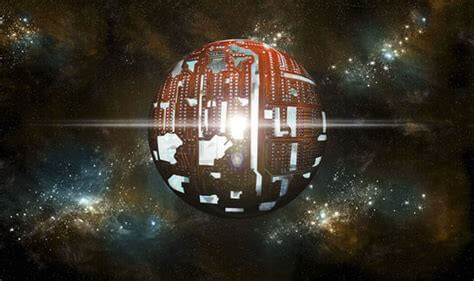 I have long maintained that one of the greatest scientific questions for humanity is – are we alone in the universe? How common is life, and how common are alien technological civilizations? When we finally reach out into space, will it be empty for us to inhabit, or will we quickly encounter a galactic civilization? What will alien intelligent species be like, and what will that tell us about ourselves?

It is unfortunately likely that we will not have any real answers to any of these questions anytime soon. But that does not mean we shouldn’t look. Recently NASA held a workup to explore possible avenues of looking for alien technosignatures – signs of advanced alien civilizations that we can see from Earth. Some of the participants also held a Reddit AMA.

So – what are alien technosignatures and how can we find them?

The most basic type is radio signals. There has been an effort to listen for alien radio signals for decades, often referred to as SETI, the Search for Extraterrestrial Intelligence. The idea is that radio signals are a convenient way to communicate across light years, and perhaps an alien world is sending out such signals for others to find. But really, we have been looking for radio signals because we can. It’s like the person looking for a lost item under a lamp post, not because they have any reason to find it there, but because the light is good.

The point of the workshop was to take a step back, and to think about the question in the broadest terms – what possible signatures of alien technology might be visible from Earth? How should NASA be involved in trying to find them? On the AMA, astronomer David Kipping laid out the basic strategy:

Great question, it is indeed very difficult to imagine the range of technologies that advanced civilizations may use! One approach is to take existing technologies or emerging technology trends, extrapolate into the future and then predict what that signature would look like in our data – which is by definition a highly anthropocentric approach. Another, which I personally prefer, is simply to look for the weirdest wackiest stuff in your data that you know can’t happen naturally (or least within our current understanding). The weird stuff often reveals other interesting physics along the way too. – David Kipping

I think that covers it nicely. One basic strategy is to extrapolate from our own existing technology – this is the SETI approach. We can also imagine other types of signals that a civilization might be sending out, either to the universe, or aimed in our direction (if they know we are here). This is mostly going to be different frequencies of EM radiation, but could include things like focused laser signals.

This may also include, however, just looking at solar systems to see the signs not of deliberate signals but just super advanced engineering. This included so-called Dyson Spheres or Dyson Swarms, which are theoretical attempts to harness as much of a star’s solar energy as possible to fuel a civilization. A sphere is a literal complete sphere around a star, capturing all its energy output, while a swarm surrounds the star with many solar panels but not a complete rigid sphere.

If you recall, Tabby’s star (official designation KIC 8462852) was found to have dips in its light output, and these large dips were speculated to be caused by a Dyson Swarm. That is exactly the kind of anomaly we are talking about. It turns out the Tabby’s star is likely not an alien megastructure, but a cloud of debris.

There might be other signs of mega-engineering, and this can be a fun thought experiment on what that might be and how can we find it. One probable signature is heat emission in the infrared spectrum. Anything that harnesses energy is likely going to be radiating some of that energy away in the infrared – that’s just thermodynamics. So if we find something casting a shadow on a star, and that something is glowing in the infrared, bingo. In fact, the lack of such an infrared signature from Tabby’s star was the first empirical reason to reject the alien megastructure hypothesis.

The second part of Kipping’s answer, however, is very important. What he is saying is that you simply look for astronomical anomalies – things that cannot currently be explained as known natural phenomena. You then investigate the anomalies and try to explain them. If we find a natural explanation, that will likely involve discovering new astronomical phenomena, which is what astronomers do anyway. If a natural explanation cannot be found, then perhaps we are dealing with an alien technosignature. It’s a win-win.

Seth Shostak from SETI said as much during an SGU interview years ago. SETI is doing a lot of normal and useful astronomy. They are not just listening for alien signals and finding nothing. They are doing solid radio astronomy, just optimized to find alien signals if they exist.

There is also a long history of this approach in astronomy. Pulsars were famously called LGMs when they were discovered, for “little green men,” because the regular timing of the pulses were thought to be a technological signature. The result, however, was the discovery of a new astronomical phenomenon, rotating neutron stars that are pointing their beams of electromagnetic radiation roughly at the Earth.

When you think about it, this approach is unavoidable. Science is about discovering new anomalies, and they trying to explain them. It’s just that, when new astronomical anomalies are found, alien technosignatures are on the list of possibilities (usually at the bottom). They are also a “diagnosis of exclusion” – they are what’s left when all natural possibilities are excluded. This is tricky, however, because then our conclusion that an anomaly is alien is based on our inability to explain it, which is always a weak argument. But we don’t really have any choice, because we don’t have any gold standard – we have no known alien technosignatures to use for comparison.

But still, we can generate hypotheses, and then test those hypotheses. We may be able to eventually determine characteristics that are highly unlikely to be natural in origin. We may also be able to find features that may not prove alien technology, but is highly suspicious (like the infrared radiation from energy use).

So in a way all astronomy is looking for alien technosignatures, just by looking out into space and trying to figure out what’s going on out there. We might as well think about what those technosignatures might look like.