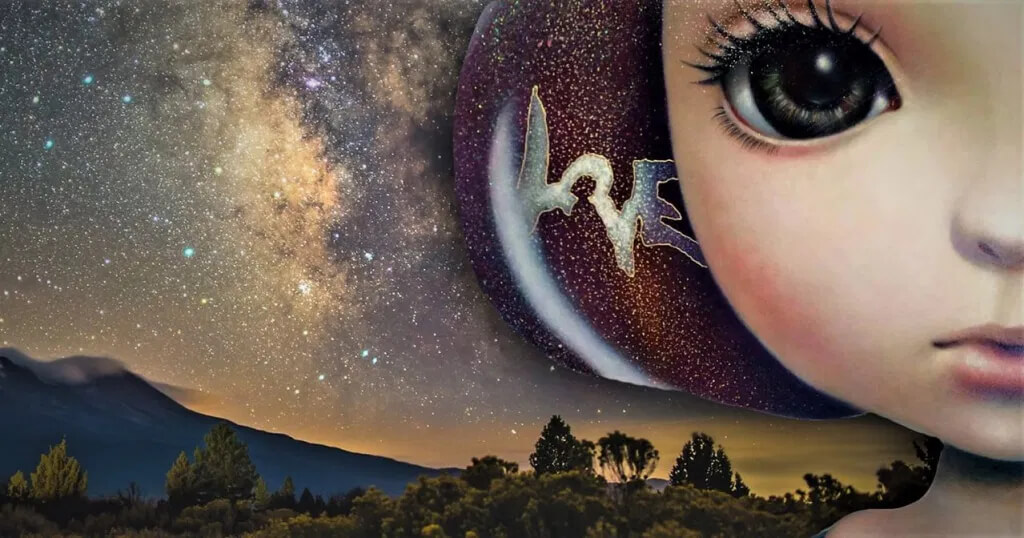 Bridget Nielsen explains the Alien Hybridization program that is responsible for her bearing 10 Alien Hybrid babies through dream-state on an Alien craft. It’s not uncommon for children and their fathers to live apart, in the next town sometimes even in another country, but a group of women are claiming that their baby daddies live far, far further away than that—in space and the dads are actually aliens who have used their DNA to create human alien hybrids. The women, some of whom claim to have more than ten alien-hybrid children, are adamant that their stories are true, and that their children now live with their fathers on alien spaceships. Two of the women, former marketing executive Bridget Nielson and video game designer, Aluna Verse, agreed to talk with us and share their experiences. Bridget, 27 and Aluna, 23 are part of a group that call themselves the ‘Hybrid Baby Community’. They believe that for years aliens have been harvesting their DNA to create children that combine the best of both human and alien. “It sounds crazy, says Aluna “And people have asked if I’m of my meds. But this is really happening” Bridget says she has been in contact with aliens since a child and says she now has more than 10 alien children—4 boys and 6 girls. “They are creating a hybrid race to better humanity. They are doing it this way because if they came and told us by landing in the front garden we would freak out” Aluna, who says she has three children by alien fathers, continues, “I was in a classroom setting with other humans. All of sudden I’m sat next to this green reptilian creature and immediately I’m so sexually turned on looking at this being. I was very surprised. We’re making love in this classroom in front of everyone.” Bridget’s sexual encounters aboard the alien ship echo Aluna’s. “It was a great” She says, “It was an incredible super primal, super raw, super primal sexual experience. There was a really freedom and we were really going for it. It was the best sex I ever had” Visits between mothers and children all have taken place aboard the alien ships. And neither Bridget nor Aluna have met their kids on Earth. “The biggest thing with me and the other moms” Says Bridget, “Is the longing to be with your children, there is a sadness because you can’t be with them” Hybrid mothers range across all ages, the youngest being 19 and the oldest in her sixties. “We believe there may be hundreds of thousands of women across the world who have hybrid babies, they just don’t know about them” The children themselves, according to pictures drawn by Bridget, Aluna and the other mothers display both human and alien characteristics. “They may have reptilian features, or big black eyes” Explains Aluna, “Though some of them look so human that you could not tell them apart. ” Bridget realises that if her story is to be believed, it would be frightening for the majority of people. She says we are not to worry, that the aliens are only here to help us. “They are not just taking our children. They are doing this for the good of humanity. They are very benevolent beings who are helping us” Believing that she has children living aboard an alien spaceship, has proved problematic in relationships for Bridget. “I don’t really have normal relationships any more. This has become my normal. I know people who are married or have boyfriends and when they tell them it goes down badly” Aluna, who is in a relationship with a human boyfriend, faces the same difficulties, “People have asked me if I’m off my meds. I’ve gotten a thick skin and don’t really care. I don’t mind if someone calls me crazy” But there have been moments of self doubt, moments when she has thought, “Of course I’ve thought that I am crazy and questioned myself” Bridget believes that the aliens are most interested in creating hybrid offspring with this generation. “My generation is a lot more positive and some of us are super-excited to be taken” There has also been a change, says Bridget, in the way the aliens treat their human donors. “The aliens back then didn’t have the emotional capacity as we humans do. They didn’t know how to treat us and a lot of people had terrifying or painful experience because the aliens didn’t know what they were doing wrong” Bridget and Aluna have future plans to open a home where all the Hybrid Mothers can live together, which will act as a safe place for their kid’s visits. Bridget explains, “It will be somewhere away from the cities, somewhere where the children can visit, run free and express themselves. People say we are crazy, but we are not, this is really happening to us”