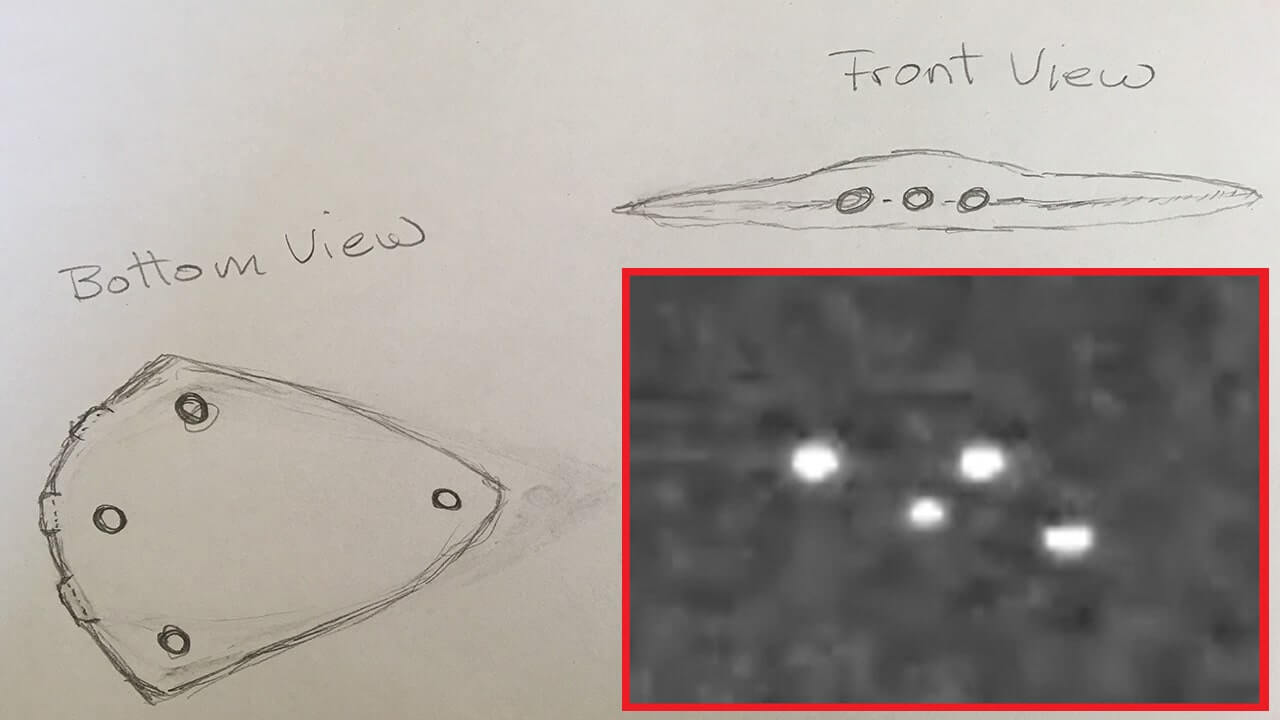 Here’s one really interesting footage of a possible TR-3B (triangle UFO) flying across the night sky above Los Banos, a city in Merced County, central California. This happened on 8th May 2021 but it was just today submitted to MUFON’s website.

Witness report: I was the third truck of four, that were running together. We left Oakland after a concert we were touring with, headed to San Diego. At about 3am I happened to see a light shine out across in front of us maybe two miles or so ahead of us on the right, and it went out. I didn’t think much of it. I thought at first someone was shinning deer. Than I saw a beam shine downward but didn’t see anything else. The origin of the light looked to be about 100ft above the ground. Then it went out. Then you could see white marker lights as it crossed the 5 and turned north on the other side and came at us. before it reached us it turned back and went south and crossed back over the 5 to the west and the lights all went out and I couldn’t see it anymore. The fella in the truck in front of said he saw it off the the right just sitting there hovering. I saw light shinning in my passenger side window coming at me from a little behind me. I thought it was going to slam into the side of my tractor. It came straight at me. There were three very bright white lights across the front edge ot this thing, shinning right into my side window. It came to almost a complete stop, rotated tipped up on its edge and slid over the top of my tractor, and out over the front of my windshield. When we stop later that morning, and I stopped my video cameras to go back over that segments to see if it got recorded. I didn’t think it would catch it, because the cameras are set to look down out over the hood of my truck to the road in front of me. I would estimate that craft was about 30 to 50 feet above the truck in front of me. With a high degree of certainty it would say that this thing was about 14ft at it widest point. probably close to 20ft long. My tractor is 19.5ft long and 13.4ft tall. As it came over and out into view I got a really good look at it (see drawing) the edge of this was slightly larger than the light placement on the underside. Interstate lanes are 12ft x2 plus 11ft for both shoulders, that’s a total of 35ft. This was just a little larger than a single lane. Smallest Cessna has a 32ft wing span, and crop dusters are 34ft. this was no plane. it had no visible propulsion system. It could be a new military style drone. but can drones hover without propellers or a fan system? More to the point, why would the military put people on the highway at risk. I’m still baffled that there is absolutely no light flash in my cab when it came at me. should have seen the inside of my cab light up in the video. Just another strange aspect. I would have to say my buddies where really excited over this event, trying to put it into some kind of contexts. I tried to tell them you can’t. You’ll always have this with you, wondering what it was. i told them this was the third time I’ve had events in very close proximity with arial phenomena, and it wasn’t even the strangest, and if you tell it to people that have never experience something like this, they’ll tell you, what you saw, isn’t what you saw. When we first saw it and it crossed the 5 heading east, a couple miles ahead of us, had it kept going straight, it just would have been a low flying airplane under 500ft. At night! The map that’s attached gives context to what interaction occurred. The circle up by the Chevron Station is roughly where we were when I first saw the light shoot out to the east. The M4V video has been cleaned up to brighten it up. Its from the camera mounted on the driver side. Its the exact same video as, South Bound MM377.5.mov, just shortened. and no audio in either one. The Mile Marker 377.7 South Bound.mov is from the camera thats mounted on the passenger side. With audio. Because the vehicle enters the frame just above the camera, you don’t see the vehicle as deep into the center of the video, as explained they’re not designed to be looking up