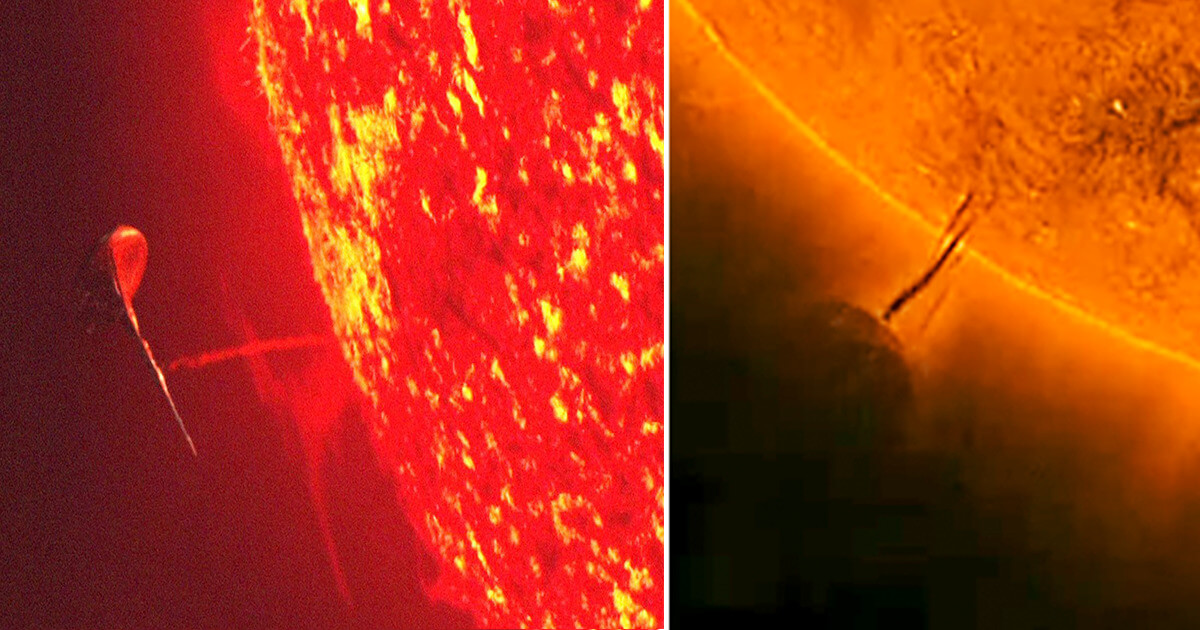 NASA, during a recent interview, was asked multiple times by fellow ufologists how they can explain the presence of the black patch that was sighted around the orbit of the sun.

This all came to be thanks to UFO Blogger and virtual archeologist Scott Waring who stated that NASA was using a black cube to cover up a spaceship attempting to harvest energy from the Sun. This image was originally taken by the Solar Heliospheric Observatory and released on its website. The general consensus regarding it is that NASA is trying to hide any evidence of alien activity in our Solar System for the sake of using them, collaborating with them, or attempting a surprise attack on them.

This is not even the first time that strange spots have been spotted in NASA’s released pictures, which could imply that NASA has been doing this for quite a while now. Waring claims that this was clear proof of alien life forms attempting to harvest the Sun’s energy though, and we’re definitely inclined to listen to him. This could have been a huge cargo which attempted to feed off of the star, it could have even been a huge creature that feeds off of stars and prevents them from imploding.