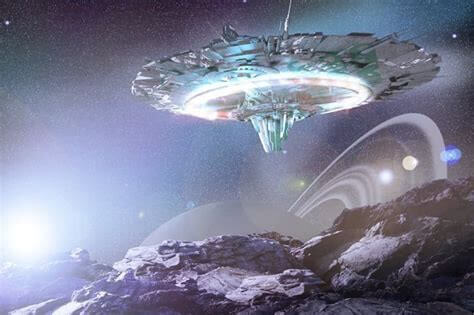 04/10/2021Our tool makes use of the Drake equation, and the Astrobiological Copernican Limits to find the number of advanced civilizations we may communicate with in the future. These two approaches require distinct inputs, and have a different uncertainty. Since the Astrobiological Copernican Limits formula is much more recent, it is, therefore, more reliable. Nevertheless, be sure to check out both of them!

To use the alien civilization calculator, select the model you want to use, and fill in all the fields in the Model assumptions section, then read the results at the very end. Here, you’ll find how many intelligent civilizations exist 👽, and in case of the Astrobiological Copernican Principle, how far the nearest alien world should be from us. You can then use our space travel calculator to check how long it would take for you to meet our new friends in your rocket 😀

We provide you with some default values, but feel free to create different combinations of parameters, and see how it influences the number of advanced civilizations. If you still have doubts about the models, check the sections below, where we try to explain it more comprehensively.

The most popular way to find the number of communicable civilizations in our universe has a relatively simple formula – its only the multiplication of a few parameters. We are, of course, talking about the Drake equation developed by Frank Drake, an astronomer, astrophysicist, and founder of modern SETI – Search for ExtraTerrestrial Intelligence (scientific searches looking for signs of transmission from civilizations on other planets). The Drake equation allows us to find the number of detectable civilizations in space, N, and has the following form:

As you see, we know half of the parameters from observation, but we can’t estimate the remaining four precisely – Earth is the only planet with living creatures we know of (so far), so, here’s a special mission for you! What is the probability of developing intelligent life, and how long could it live on its planet? What do you think? Input your predictions, and find out how many civilizations are in our galaxy with this Drake equation calculator.

In April 2020, Tom Westby and Christopher J. Conselice developed the modern version of the Drake equation. They described it in their paper The Astrobiological Copernican Weak and Strong Limits for Extraterrestrial Intelligent Life.

The scientists assumed that a habitable, Earth-like, planet would eventually form life like on our home planet, i.e., the Drake equation parameter fl is 100%. Moreover, since the age of Earth is approximately 5 billion years and first humans appeared relatively recently (3 million years ago), we can say that a planet could potentially support life only when it is 5 billion years old, so we’re then looking for stars (planetary systems) that are older than that. The authors finally presented the completed equation as:

Additionally, you can select three various scenarios (strong, moderate, weak) with pre-defined values, or create your own scenario. The strength of the modeling scenario indicates how strict the conditions for the formation of extraterrestrial life are. Choose “strong” if you assume that there are only a few mature stars that might be able to create a life, or “weak” if there are plenty of such stars. “Moderate” is somewhere in between.

What are the chances of aliens within a given distance from the earth?

Using the maximum distance results from the Astrobiological Copernican Limits calculation and the Drake equation, we can calculate the probability of an alien civilization at closer distances. It’s important to note that this calculation is based on volumes of space, rather than any knowledge of suitable exoplanets.

Let’s explain our method using the headline maximum distance figure of 17,000 light-years (ly) that the strong limit gives. Since the Milky Way is only 1,000 ly thick, the volume of a cylinder with a radius of approximately 17,000 ly and height of 1,000 ly can be used to model the volume of space containing the alien civilization, according to the Astrobiological Copernican Limits result.

Say you wanted to calculate the probability that this alien civilization is within 4 light-years of earth, which includes our closest exoplanet in the Alpha Centauri star system. We model that as the volume of a sphere with a radius of 4 ly. The probability (P) is then found by dividing this search space volume (Vsearch) by the maximum volume (Vmax).

To put it another way, that’s a 1 in 3 billion chance. Ten times less likely than winning the Powerball lottery jackpot. If you think about it, we would be amazingly lucky to find an advanced civilization right next door to us.

As you increase the distance, naturally, the probability increases. For distances larger than 1,000 ly, the search space volume is modeled as a cylinder, to account for the thickness of the Milky Way.

Where to look for aliens? – The Exotica catalog

Wouldn’t it be great to have a guide for searching for evidence of extraterrestrial life? Which objects should we target to increase the chances of meeting aliens? The new Breakthrough Listen’s initiative (the largest research program looking for the evidence of alien civilizations) released the innovative Exotica catalog – the list of over 700 objects of potential interest to scientists searching for technosignatures (signatures of advanced extraterrestrial technology similar to Earth’s).

The Exotica catalog covers the entire vast array of exotic phenomena dividing them into four categories:

Researchers may now constrain the searching area and focus on the most habitable regions of the Universe. That’s a step forward to meeting an alien civilization!

Were aliens on Earth?

When we first reached the Moon, and then Mars, it becomes clear that space travel is indeed possible for humans. Moreover, if we can leave Earth, what keeps more advanced aliens from visiting us earthlings? Some people believe they have already been here, and helped us built spectacular constructions that might be too large, too heavy, or too complex to be the work of the human hand.

You probably recognize the most famous Egyptian pyramids at Giza, or the Great Sphinx. These are counted among the largest structures ever built on the Earth’s surface. Isn’t it suspicious that people were able to create it so long ago, without heavy lifting equipment?

Another example is large and mysterious stone statues (moai) on Easter Island. How the hell they ended up there? Nearly 900 human figures are 13 feet (4 meters) tall, and each weigh 14 tons.

The truth is we don’t have any evidence for human-extraterrestrial interactions. Scientists don’t exactly know how these structures were built, but they’re sure it was a work of thousands of human hands.