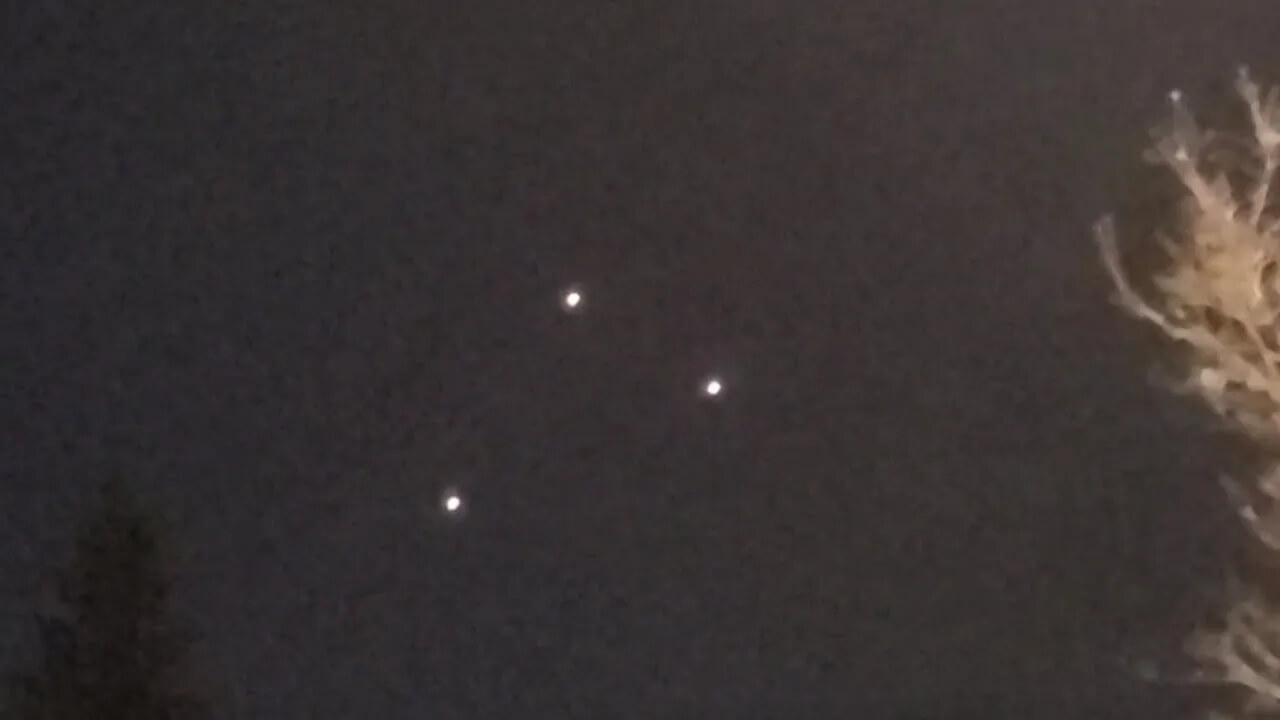 Although it wasn’t reported until the first week in March, video footage of four blinking lights over Huntington in West Virginia at around 9 pm on the evening of 22nd February.

On the night in question, the witness had stepped outside for a cigarette after eating dinner. As they smoked, they happened to look up to the sky. The witness claimed they “thought out loud” that “if you guys are out there, then why won’t you show yourselves?”

Then, as if in response, the strange lights appeared. The witness managed to capture around a minute of footage. They also went on to claim in their report, that both his wife and his mother have had “many sightings”, with his mother actually “blacking out” and going missing for around six hours. She still has no memory of the incident (other than something happened) and apparently still has “night terrors” due to it.

What is interesting here is that this suggests continued monitoring of sorts of an entire family over several generations. This is something that comes up a lot in alien abduction accounts. And perhaps that the lights seemed to appear in response to the witness’s statement might also suggest some kind of subconscious communication.

You can view that footage below and make up your own mind.