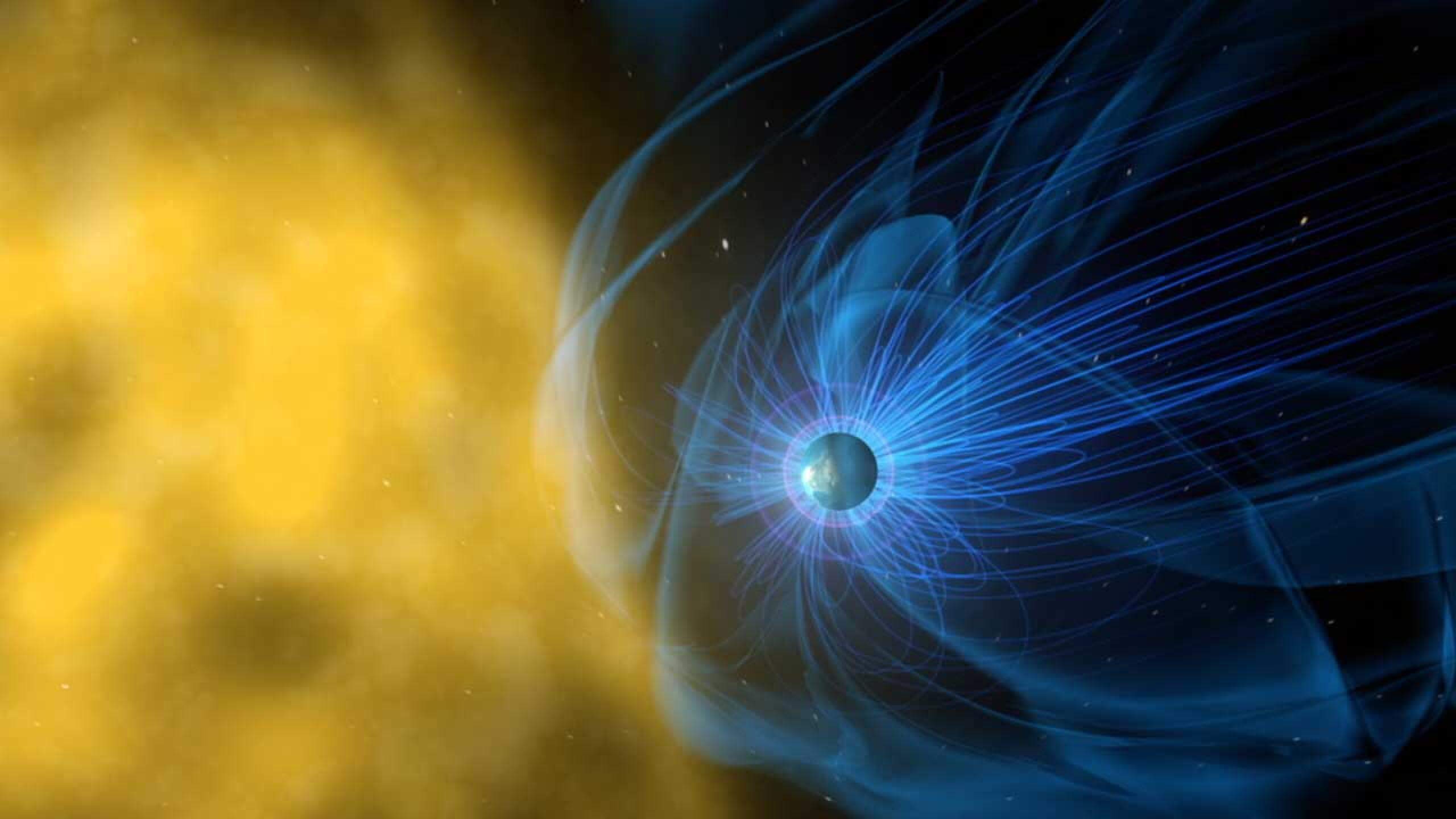 3/31/2021
The astronauts who brought back moon rocks half a century ago also revealed a lunar mystery that scientists have only recently begun to unravel. Unlike Earth, the moon today does not have a magnetic field, or magnetosphere, surrounding it. But when the rocks brought back by the Apollo astronauts were analyzed, NASA notes that researchers were surprised to find residual traces of magnetism.The Earth’s magnetic field, which makes a magnetic compass work and produces spectacular aurora displays in high-latitude northern and southern skies, is believed to be produced by heat convection deep in Earth’s molten iron core.But the moon, with a much smaller core, was not thought to have produced enough convection to magnetize any of its surface rocks. According to Space.com, some scientists speculated that the intense heat of asteroid impacts that produced the lunar craters might have produced short-lived magnetic plasma, enough to magnetize rocks near the impact.

Over the last few years, improved technology has teased new secrets out of the Apollo-era moon rocks — and shed new light on the long-vanished but now-confirmed lunar magnetosphere. Not only did the moon once have a magnetosphere, but it may have played a significant role in protecting Earth’s atmosphere.

The atmospheres of the solar system’s inner planets are subject to erosion from the powerful solar winds of fast-moving particles. These particles collide with atmospheric atoms, hitting them with such force that they can exceed the planet’s escape velocity and go hurtling through interplanetary space.

The dense atmosphere of Venus has resisted such erosion, but Mars lost most of its atmosphere — along with the seas it once had, as the water either froze in the thin cold air or evaporated.

Earth’s atmosphere and oceans have been protected by its magnetic field, which deflects the charged particles from the sun, keeping most of them from hitting and eroding the atmosphere.

A Complex History of Lunar Magnetism

Scientists now believe that, in the early days of the solar system, the lunar magnetosphere contributed to this protection. Indeed, according to NASA, from about 4.1 to 3.5 billion years ago, the Earth’s and moon’s magnetic fields were linked, providing a duo of magnetic fields protecting the Earth-moon system.

This gradual and uneven fade suggests that more than one mechanism contributed to the early lunar magnetosphere. In the early period, when the field was strongest, the moon orbited much closer to Earth and was subjected to powerful tidal forces that could have kept the lunar interior churned up enough to produce a strong magnetic field.

As the moon’s orbit crept outward, these tidal forces weakened, but lunar vulcanism persisted, showing that the moon’s interior had not yet fully crystallized and was still fluid enough to produce a weak magnetic field. Finally, the moon froze solid, and its magnetic field faded, leaving only the traces in moon rocks that puzzled Apollo-era researchers.

But the fact that Earth once had a magnetic moon has implication for the search for life on extrasolar planets. The atmospheres of these distant worlds may have been protected not only by their own magnetospheres but also by the fields of any large moons orbiting them.

And, closer to home, we can also wonder what other surprises the moon has in store, waiting for us to discover when we return.