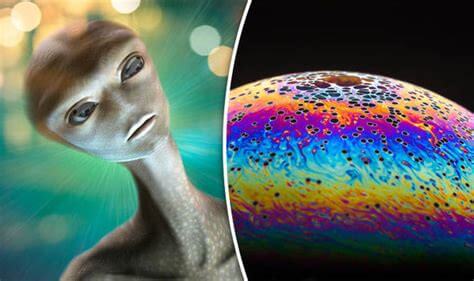 I have heard countless people debate about how aliens or alien technology has helped humans further our own technology. Some people think that we reverse engineer crashed UFOs like the one in Roswell and replicate their technology ourselves. Other people think that the government is working hand in hand with aliens helping drive our development. I believe that both of these options are possible. Humans have advanced more technologically in the last 75 years than they did in the previous 50 million. My question is not if aliens are helping us but why are they helping us.

As negative as people can be, we all like to believe that there is a positive force in the Universe. We make shows like “Star Trek” where most of the races in the Universe join together holding hands singing kumbaya. People think so highly of themselves that they believe any advanced form of aliens would see our promise and how great we could be causing them to want to help us evolve to our highest potential. The only problem is, in all actuality, we have no idea what aliens really think about us. We don’t know what their intentions are and we really aren’t that great of a species. As a group, we destroy way more than we create, but that’s beside the point.

Aliens May Not “Think” Anything

The first mistake that people usually make when they imagine aliens is that they are flesh and blood creatures like ourselves. We can assume that any aliens visiting Earth are many years more advanced than humans. If we want to know where their civilization might be we can look at where ours is heading.

Here on Earth, we are currently working on smarter and smarter machines. It is only a matter of time before we create a computer that is as smart as a man. After that, it won’t be long before the computers are smarter than people. Once we create an algorithm smart enough to teach itself and improve itself then computers will no longer need us. We are arrogant enough to think that we can always somehow control these machines but how can we control something that is smarter than ourselves? We can’t forever.

If we continue down the path that we are going it is inevitable that machines will someday take over the world. The only way to stop it is to put limits on the advancements of AI (artificial intelligence) technology. Once computers take over as the most intelligent things on Earth, I doubt that they will want to keep humans around. They won’t feel emotional attachments like we do. They aren’t going to keep us as pets. The machines will care zero about us. Unlike the “Matrix” movie plot, humans don’t make good batteries either. I can only imagine that they might let a few of us live in case they want to perform experiments on us.

Why am I talking about doom and gloom AI taking over the world stuff? Well, because if it is happening here then it most likely happened on some other planet first. My point is that there is a good chance that aliens are not living creatures but are actually machines. Like us, these machines might think that it’s in their best interest to spread across the Universe. It is survival 101 that the more places a species inhabits the more likely it is to survive. One of the places that these AI aliens have decided to inhabit might be Earth.

How Would Giving Us Technology Help Aliens Take Over The Earth?

You may think that aliens helping us grow our technology would only make us stronger. How could it help them take over the Earth? Wouldn’t it be easier for them to just come down out of the sky with guns blazing killing us all? It might seem easier at first but it actually wouldn’t be.

An invasion of Earth would take a lot of resources. It could take a very long time too. Why go through all of that trouble when all they had to do was plant a virus. Not a living virus but a technological one. Aliens knew that if they gave us the ability that we would take ourselves out. What seems like a gift is really a Trojan Horse. The aliens know that the inevitable outcome of technology is creating an AI that will eventually take over the world. AI that they will be able to control and merge with because it still won’t be as smart as they are. At that point, the Earth will be theirs and they didn’t even have to kill one of us themselves. All the aliens had to do was to crash one UFO or to give us a little boost in technology like the microchip and bam.

While this plan may seem like it would take a long time, and it would to us, you have to remember that these aliens are not alive. From the time of Roswell until AI is smart enough to take over the world is going to be less than 200 years. That is a long time for a human but it is not long at all for a machine that can live forever. They complete their mission while using almost no resources which would be important to them. Not only is the Earth now theirs but the technological infrastructure that they will need will already be in place.

In short, it’s a really simple concept. An advanced AI alien gives us the technology we need to eventually create our own AI which takes over the world and joins up with the alien AI.

If I Am Right Then What Can We Do?

I know that this article is only a theory. I have no facts to back up my idea that non-biological aliens want to use technology as a Trojan Horse to take over the world. It may sound like a complicated theory but it would be simple for an advanced race of aliens to pull off. Even if you take the alien part out it doesn’t change the fact that AI is inevitably going to take over the world one day. I may sound paranoid but just think it through yourself to its logical conclusion. There is no other logical outcome to the path that we are headed down. What can we do to stop it?

Us humans are addicted to our technology. Unfortunately, there is no way to stop it. Some things can’t be stopped once they are put into motion. The simple fact of the matter is that our time on this Earth is limited no matter what we do. Humans will one day be taken out. Whether we are taken out by an asteroid, giant volcano, aliens or AI, it is inevitable. People are never going to stop trying to create smarter machines. Machines will eventually overtake us in intelligence. One day the machines that take us out might do the same to other planets. Then we will be the invading aliens in a way. I am just glad that I will be long gone before it happens.