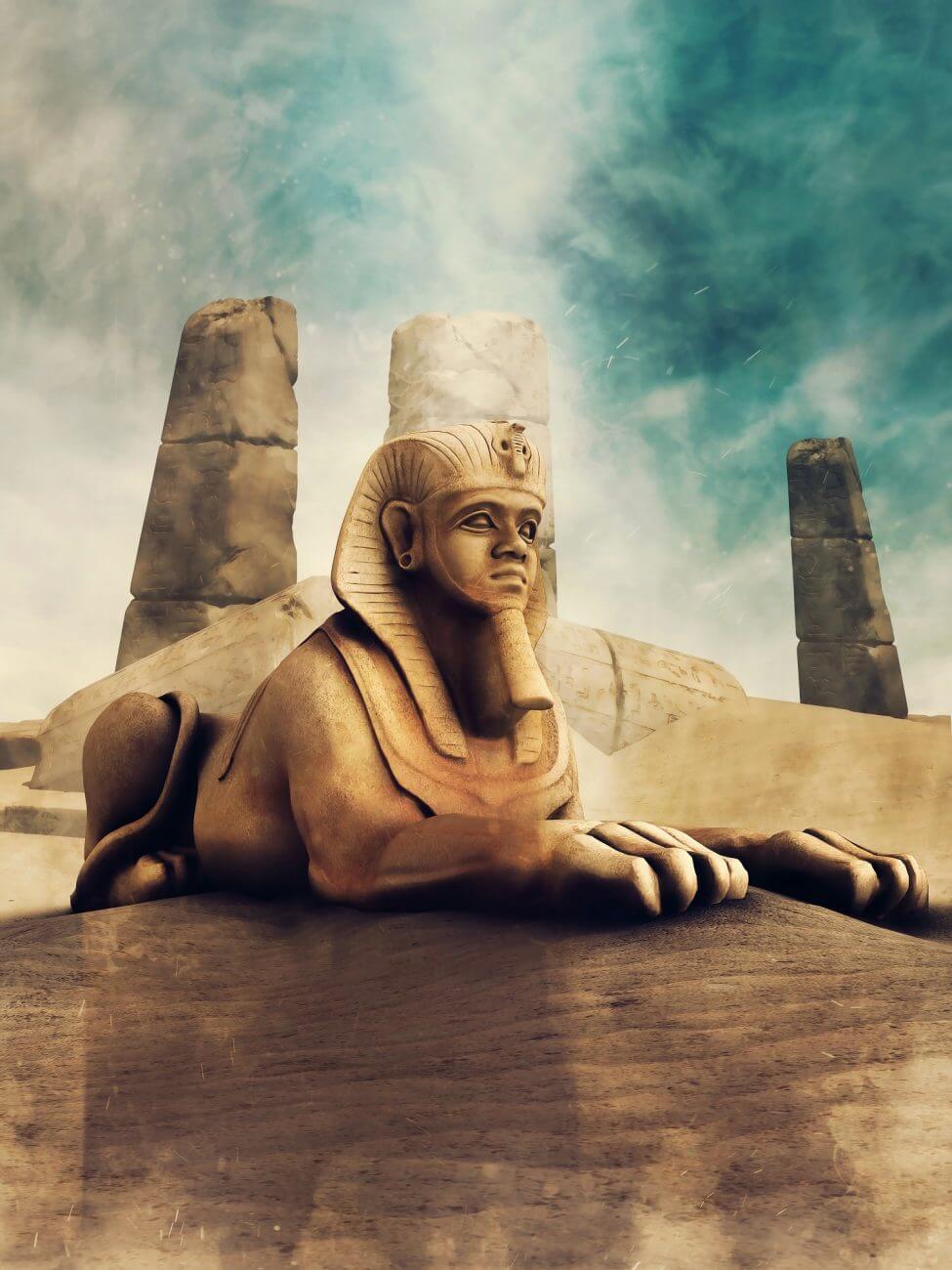 We agree; the Great Sphinx of Giza is a unique, stunning statue that may very well predate the Pyramids themselves.

Cut from the bedrock, the original shape of the Sphinx remains a profound secret, guarded by the golden sands and mighty pyramids of the Giza plateau.

The mighty Sphinx is the oldest monumental sculpture in Egypt and is considered one of the world’s largest and oldest statues.

But even though the Great Sphinx at Giza is the most famous of Sphinxes, there are many other statues that have been found across Egypt and are equally stunning.

2018 was a great year for Egyptology. Among many of the discoveries, archeologists excavating in Aswan discovered an impressive, well-preserved sandstone Sphinx statue.

During excavations at the Kom Ombo Temple in Upper Egypt’s province of Aswan, experts came across one of the better-preserved Sphinx statues found in recent years.

The sandstone Sphinx is believed to date back to the Ptolemaic era (180–47 BC.) was discovered on the southeastern side of the temple.

The temple of Kom Ombo is unique as it honors two separate ancient Egyptian gods: the Crocodile god Sobek, and the falcon god Haroeris.

It is one of the more impressive Sphinx statues ever discovered.

The colossal statue portrays the female Pharaoh Hatshepsut with the body of a lion and a human head wearing a nemes–headcloth and false beard.

The Sphinx of Hatshepsut is believed to have been one of at least six granite sphinxes that stood in Hatshepsut’s mortuary temple at Deir el-Bahri.

In 2019, archeologists found a 3,000-year-old carving workshop in Egypt that yielded several surprises.

Among numerous unfinished sculptures, there was a ram-headed sphinx that had been chiseled from stone in the distant past. The Sphinx was buried inside the workshop at Gebel el Silsila.

The workshop is believed to date back to the 18th Dynasty of ancient Egypt, during a time when the land of pharaohs was ruled by Amenhotep III, the grandfather of King Tut.

Scholars believe that the ram-headed Sphinx may have been commissioned by Pharaoh Amenhotep II, but eventually forgotten until it was discovered more than 3,000 years after it was carved.