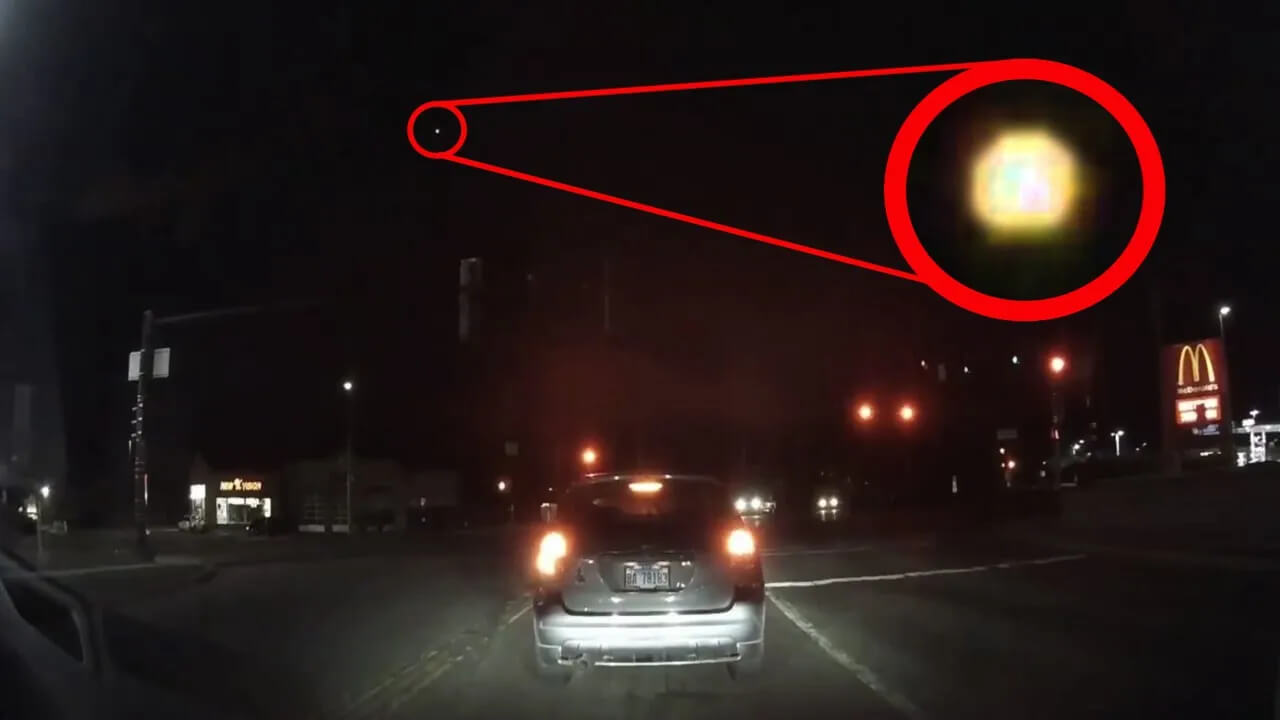 A particularly intriguing UFO sighting was caught on film on the evening of 31st March in McHenry in Illinois. The witness was at an intersection when they suddenly saw a strange, yellow, glowing object in the skies above them.

They would describe the object as a “single, fiery, orange glow” which was mainly “round in shape”. However, they would elaborate in their report to MUFON that “the bright area within the round shape was not consistent in its position or intensity”. They would state that this middle section “flickered like a fireplace or a lantern”.

Although the object moved at a similar pace to a low-flying airplane, the light “looked nothing like” those you would expect to find on a plane. The witness also dismissed that it was a meteorite due to its purposeful movements. They would estimate that it remained in sight for approximately 30 to 45 seconds before disappearing into the distance.

You can view the footage captured by the witness below.