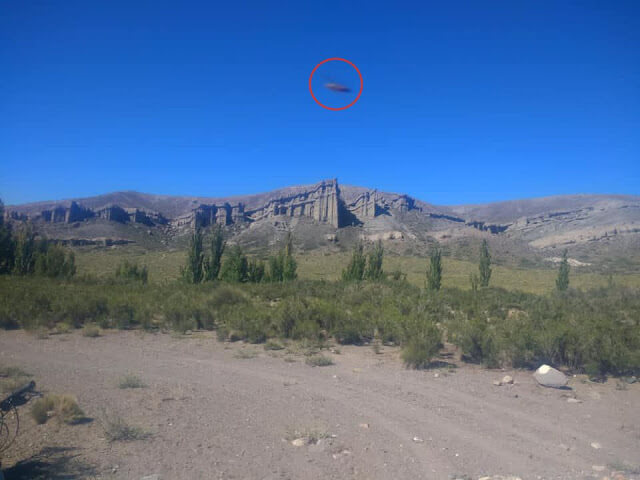 Although there is no footage available, a group of cyclists did manage to capture several pictures of a strange disc-like object over a trail in Malargue in Argentina. And what’s more, they did so completely unaware until they looked back through their pictures later and spotted the aerial anomaly after intending to capture the landscape.

Once the pictures were made available to the public on social media sites, an avalanche of possibilities were raised as to what the object might be. And while some people were insistent that the cyclists had definitely managed to capture something otherworldly, others insisted that there had likely just been dirt on the lens of the camera.

What is perhaps interesting about this picture is that around a decade ago several similar pictures were captured of a very similar flying object. This, to some UFO enthusiasts, is perhaps proof that there is a definite extraterrestrial presence in this part of South America.

You can see one of those photographs below and make up your own mind. 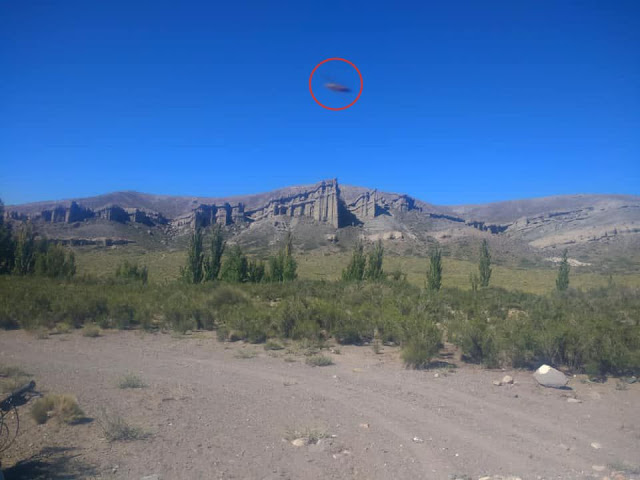