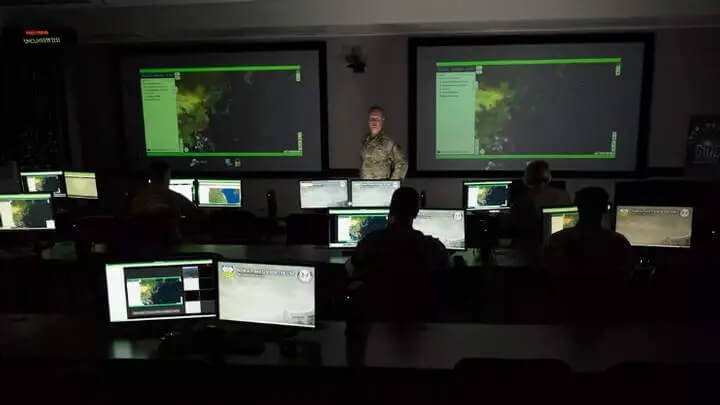 The United States Northern Command (USNORTHCOM) recently conducted a series of tests known as Global Information Mastery Experiments, or GIDE, in an attempt to predict future events and thus “achieve information mastery” and “superiority in information.

The Pentagon hasn’t released any specific details on what exactly GIDE entails, but it certainly doesn’t include precognitive beings bathing in creepy liquids like in the movie Minority Report. Rather, the idea seems to be to combine data with machine learning and other forms of artificial intelligence to gain enough informational advantage.

“What we’ve seen is the ability to go much further, from being reactive to being really proactive,” said Gen. Glen D. VanHerck, commander of NORAD and USNORTHCOM. “And I’m not talking about minutes or hours, I’m talking about days.”

“For this, we have used sensors from around the world, not just military sensors, but also commercially available information,” he added. “So, by going through an artificial intelligence (AI) with machine learning, we can evaluate, for example, the average number of cars in a parking lot that may be there in a specific location for a competitor or a threat.”

If the AI ​​detects certain changes of interest in that parking lot, it could send an alert suggesting that someone closely observe satellite imagery of the area for suspicious activity.

“The system gets information from multiple sources and puts it all on one screen so that we can make more effective decisions, and then the system itself helps with that decision-making by providing recommendations and information to support that,” said the captain. of the New York Air National Guard, Eric Schenck, in a recorded interview last month.

VanHerck emphasized that the system does not involve new technology per se, but rather a new approach to using technology to process large amounts of information.

“The data already exists,” VanHerck said. “What we are doing is making that data available and shared in a cloud where machine learning and AI analyze it. And they process them very quickly and provide them to the decision-makers. “

The general also adds that the result may be knowing that something is going to happen days in advance.

“Today, we end up in a reactive environment because we are late with data and information. So all too often we end up reacting to a competitor’s action, ”he said. “And in this case, it actually allows us to create deterrence, which creates stability by being aware of what might happen before it happens.”

As for concerns that this scenario may start to look a little less precocious and a little more Skynet, VanHerck insisted on reiterating that “humans STILL make all the decisions.”

“We do not have machines that make decisions,” he stressed. “Certainly, machines can offer options.”

That’s good news for the most paranoid among us, as long as the machines don’t begin to manipulate those options to subtly direct human decision-makers toward the service of our new robot overlords.