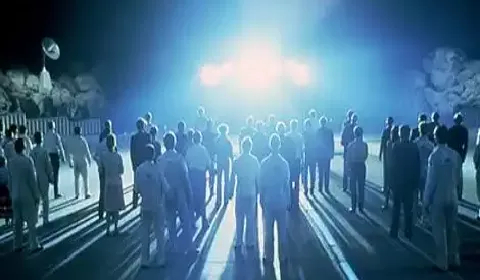 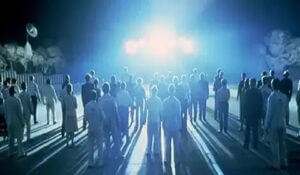 From the Acturian Council: We are finding ourselves more and more significantly involved in a movement throughout this galaxy to put Earth on the fast track for full, open contact, a mass landing of ships.

Greetings. We are the Arcturian Council. We are pleased to connect with all of you.

We are finding ourselves more and more significantly involved in a movement amongst all of the other beings throughout this galaxy to put Earth on the fast track for full, open contact, a mass landing of ships.

We know that many human beings are not ready for that experience, but we also know that they can and will come around after a while, after the shock and fear are processed.

We also know that the best candidates for first contact with humanity would be extra-terrestrial beings who looked a lot like you, and there are plenty of those e.t.s around.

There are plenty of e.t.s who want to land and share their insights on what’s going on there on Earth at this time.

You have spiritual teachers all across your world, most of which don’t get a lot of attention from the masses. But if you had e.t.s walking off of spaceships to be your spiritual teachers, we know that human beings would pay attention.

We also know that the Extraterrestrials in question would be making a lot of sense. They would appeal to your logical minds and to your feeling senses, as you would of course want to use your ability to discern in order to determine whether or not they had your best interests at heart.

Now, we know that this will all happen eventually, and we can just see the appropriateness of it happening sooner rather than later.

Most people don’t know what to think, what to believe, whom to put their faith in, and we are talking about all kinds of people there on your world who have been leaders to humanity in the past but now who are being held in question as to whether their motives are sound.

And because people are losing faith in what they once believed in at such a rapid rate, something or someone needs to step up and fill that void.

This is why we are always encouraging you all to be the leaders and teachers of humanity, but as we said, it can be difficult to get people to listen to you when you seem no different than the other humans that they have lost faith in not too long ago.

One of the reasons why we knew that we would get so much attention from humanity is because we are from another star system and another dimension.

We knew that people would pay more attention to us because of that, and most people who do receive us do in fact benefit from what we are offering. Those of you who have opened yourselves up to us receive more than just information.

You receive more than just predictions about what may happen in the future. You receive the energetic transmission that we give off that helps to elevate your consciousness.

So imagine what that would be like if you were to be sitting in a stadium filled with other humans, listening to physical Extraterrestrials, fourth-dimensional beings, who could offer their suggestions.

Imagine how much energy could be transmitted and absorbed at one of those gatherings, and there would be many happening simultaneously.

That is why we are advocating for First Open Contact to come sooner than later.

It is because we have seen how well you all receive us, and we know that many others there on Earth are ready to receive physical Extraterrestrials and their wisdom and knowledge.

More importantly, you would be receiving their high-frequency vibration, and that is something you need to give more of your attention to at all times.

Focus on what is high vibrational, and you will be seen as ready for your fourth-dimensional e.t. friends.

We are the Arcturian Council, and we have enjoyed connecting with you.”