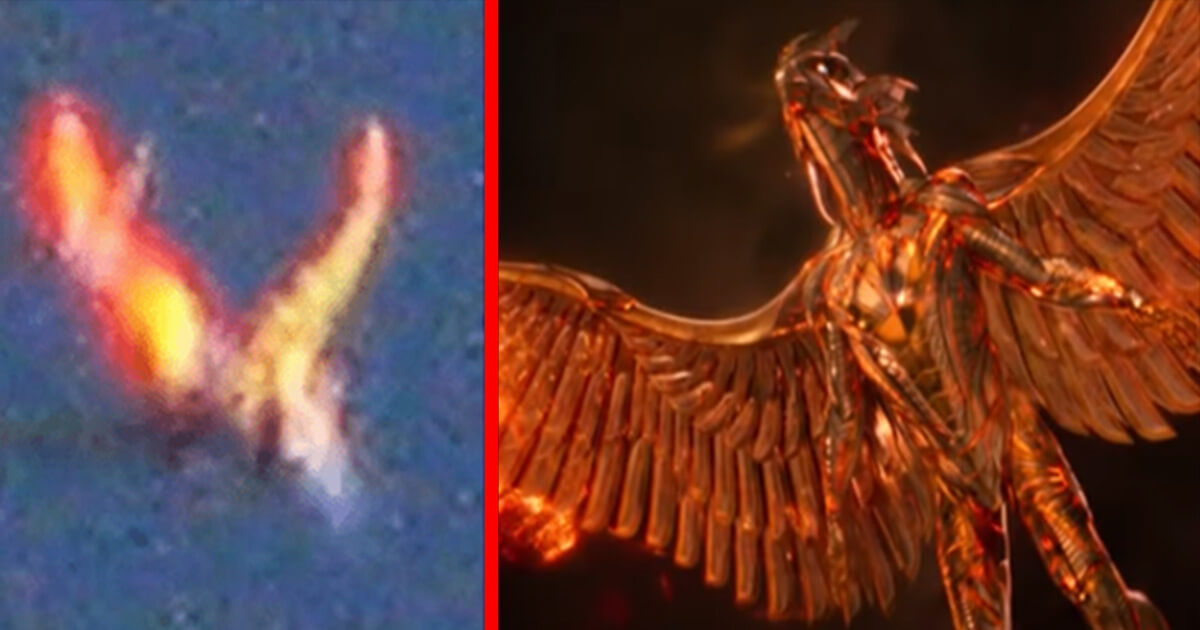 A couple witnessed a strange event in the sky over Colorado’s Mount.

They were on the terrace watching the sunset when the husband noticed two bright lights coming down from the west, according to the couple. They both dashed into the house in search of a phone and a Canon camera.

They used the camera to take several photos and record a video. The “beings” that appeared in the sky resembled a Phoenix or an Angel, according to the couple’s descriptions. Two silver humanoids with wings and a loud noise coming from below. The wings curved upwards into the atmosphere, and there was some sort of translucent bright orbs all around them.

Both creatures moved north-east, but not in the same direction. They appeared to be separated in time as if they were two distinct individuals. However, the sky was overcast, making it difficult for the couple to appreciate the “creatures” in their entirety.

“We were both excited and nervous, and we had never seen an aircraft that could resemble anything in the world before. This isn’t the first time we’ve seen UFOs in this area, and this one isn’t even a UFO; it’s a creature that looks like Horus.” According to the description, it resembles Egyptian King Horus, who had humanoid features such as burning wings and a falcon head.

What are your thoughts on each of these?