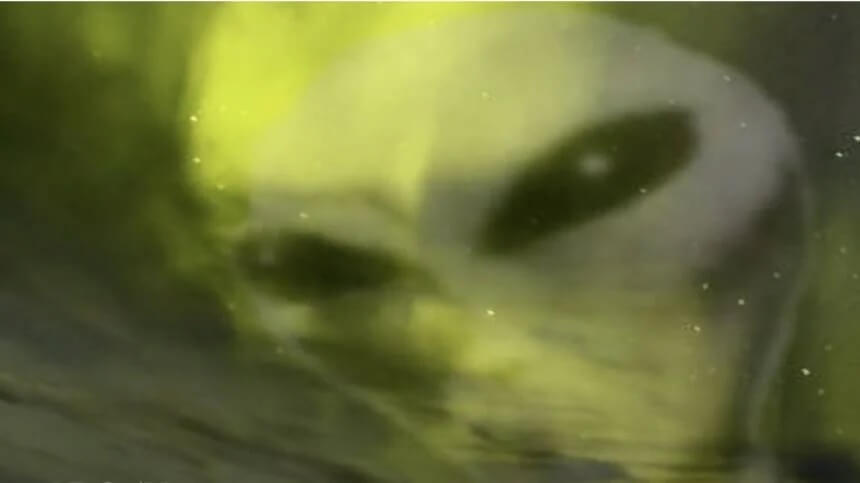 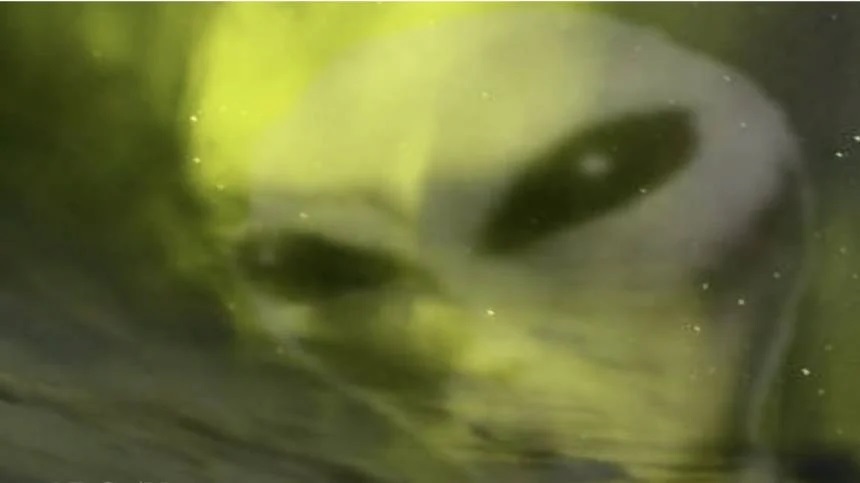 Not long ago, photographers in Iceland captured a set of photographs in which the Northern Lights had a scary human face looming like an Extraterrestrial depicted in a sci-fi movie.

The Northern Lights are a colorful luminescence that occurs over the high magnetic latitudes of the planet’s north pole, produced by a stream of high-energy charged particles (solar winds) from the Earth’s magnetosphere or the sun that excite molecules or atoms from the upper atmosphere.

According to expert analysis, the “aliens” appearing in the Northern Lights may just happen to form human shadows due to changes in the clouds in the atmosphere, but the mysterious and strange phenomena that continue to occur in the atmosphere are becoming more and more elusive.

As more and more materials were discovered, this bizarre and strange theory gained more credibility.

There are “gelatinous” organisms in the atmosphere

In his book ‘The Cursed Book‘, American researcher Charles Ford has come up with a theory: a strange, jellyfish-like translucent gel-like creature inhabiting the Earth’s mid-air atmosphere, with tentacles and spikes, that specializes in preying on birds.

For a long time, no one believed that such strange creatures would survive in the Earth’s atmosphere until US scientists invented a special substance, aerogel. Aerogels are lighter gel substances than air, which are in a state between solids and gases and are sometimes referred to as “solid smoke”.

Aerogels made by scientists in the laboratory

The researchers believe that if there is indeed an unknown organism in the atmosphere, the body of this mysterious creature is likely to be made up of substances similar to aerogels.

This theory was confirmed by something that happened more than 60 years ago. On December 28, 1958, Florida detective Faustin Gallegos found a strange object outside his home. Gallegos took the thing to his hand, but could not feel its existence, as if holding a ball of air in his hand. It’s a translucent ball, the size of a football, but with almost no weight. Gallegos didn’t save it because a few hours later the translucent sphere melted into the air.

Gallegos said the object gave him the feeling that he was holding what appeared to be a dead unknown creature.

In May 1917, there was a mass death of birds in the town of Baton Rouge, Louisiana, and many of the birds suffered strange burns to their bodies.

A similar incident occurred in August 1960 at Capitola Beach, where countless dead birds fell from the sky and ornithologists were unable to explain their cause of death.

U.S. researchers believe that the mass deaths and sudden migrations of some birds are also believed to be indirect evidence of mysterious creatures in the mid-air atmosphere.

On September 11, 1948, the Empire State Building in New York encountered a “September 11” attack from birds.

Hundreds of different species of birds hit the windows of the Empire State Building, as if they were fleeing invisible predators, trying to take refuge in the building. U.S. researchers say there may be some kind of translucent creature in the Earth’s mid-air atmosphere that is still unknown and feeds on hunting birds.

An hour after taking off from a military base in San Diego, a U.S. Air Force transport plane returned to the base with 12 troops, sending SOS distress signals to the ground while in the air. When the plane docked on the ground, rescuers opened the cabin and found all 12 soldiers on board dead, and the commander was the only one alive, but died a few minutes later.

Investigators found strange burns on the skin of the dead crew, but scientists were unable to explain why. Investigators eventually determined that the plane’s onboard team had used their guns on the plane because the plane’s casing panels were riddled with bullet marks from gunshot wounds, as if the passengers were trying to kill a fast-flying enemy, but they couldn’t kill the mysterious creature.

Some researchers believe that the firebirds, fire snakes and so on described in ancient myths and historical manuscripts may not be legends, and there may be some factual basis.

The atmosphere is also a concept associated with UFOs and cryptozoology, and in the history of UFO research, some scholars suspect that some of the creatures surveyed living in the Earth’s atmosphere are likely to be hiding in alien unknown organisms.

Trevor James Constable, a UFO researcher, believes that the giant insect-like UFOs that live in the Earth’s atmosphere are the best explanation for mysterious biological phenomena.