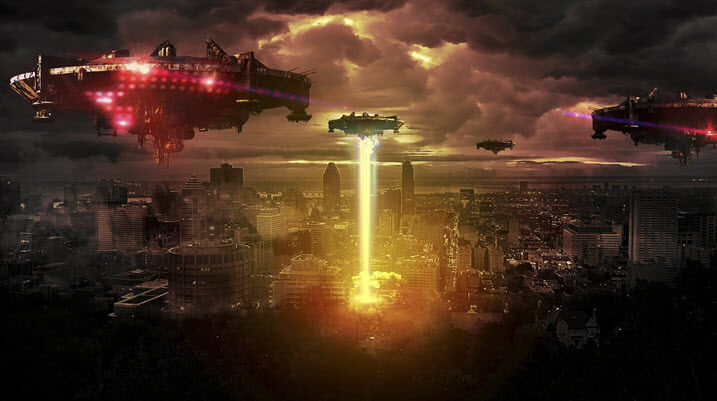 Why haven´t alien civilizations made mass contact with human beings? Since there is evidence that some kind of intelligence exists out there what is stopping mass interaction and communication? Why can´t they just land and meet with governments and leaders and launch a new era? We have in mind the paradigm of explorers reaching new lands and making contact with the indigenous people; so why don´t aliens do the same? These are fundamental and unanswered questions worth exploring when studying the UFO/alien civilization phenomena. We will outline some of the possible reasons as food for thought.

A Higher Force or an Agreement

One theory may be that some kind of higher force or agreement is not permitting mass contact with human beings. Maybe there is a civilization owning in some way the planet and that they are the only ones that have the right to make mass contact some time in the future. Other civilization can visit or explore the planet but cannot intervene.

It may also be that somehow there is an interplanetary agreement of non-intervention. In other words, that all civilization capable to travel in the universe have agreed not to intervene with lower-level civilizations in order to allow them to follow their own evolutionary path.

It could also be that some kind of agreement exists between the powerful nations of the world and aliens. Dominant governments or groups want to keep Earth under their influence and may have struck deals. The questions is what could we have given to alien visitors to ensure that they do not intervene.

Maybe alien civilizations are incapable of making mass contact with us. If they come from a different dimension of existence and not just from a far away location there may be some element of our dimension that does not permit long times of interaction with us; as if the energetic leap to make mass contact is too much for them. If you investigate cases of contact of the third type, you will notice that it is always the aliens controlling the duration of the encounter.

What if UFOs are just a phenomena is somehow dependent or feeds from our collective consciousness? In this case, it may be that we humans, are not allowing mass contact to take place; we have yet to align our energies and consciousness towards this possibility.

They consider it Harmful and Pointless

Would you try to intervene in the affairs of a colony of ants or bacteria? Most probably not. Maybe you would have an interest in observing them to see what you can learn or take advantage of. If we assume that these aliens are thousands of years ahead of us in all fields (technological, spiritual, intellectual) there may not be any significant motivation to make mass contact with human beings.

We could even be considered harmful or maybe we possess of some quality that they are afraid of or cannot control.

They Are too Far and Need Time to Come Back

Maybe they contacted as a long time ago while they were exploring or passing through our galaxy and our solar system. This could be the reason why we have all these evidence of alien contact in ancient traditions and artifacts. At this moment they may be light years away from us. Aliens civilizations although advanced may still rely on “old fashioned” physical displacement. They may not yet discovered a way to move from one point of the universe to another in an instant or short time.

They are Waiting for the Right Moment

Alien civilizations may be just waiting for the right time. Maybe we have not reached the appropriate level of knowledge, self-awareness and consciousness for the contact to be beneficial for us. Maybe they are waiting for a series of events to unfold before making themselves known to the masses.