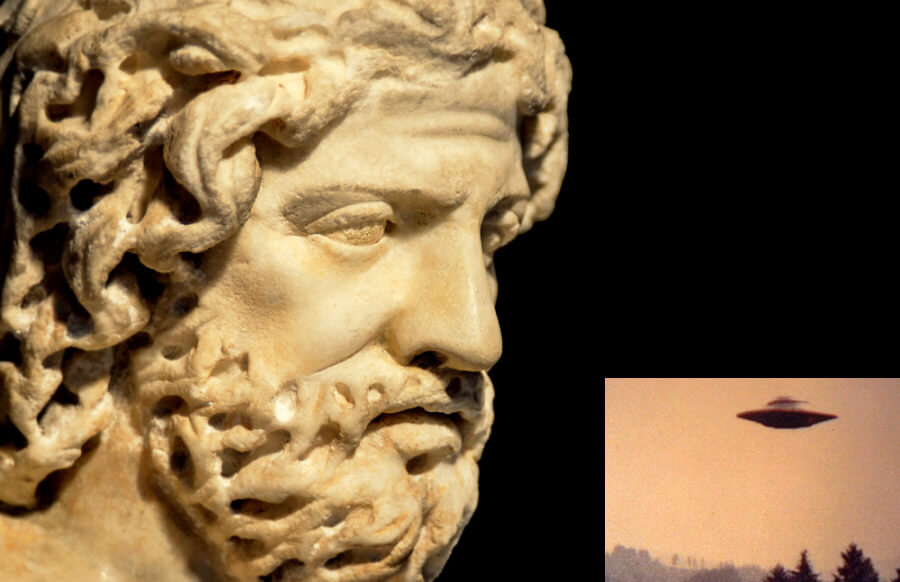 We often think of UFO testimonies and sightings as a phenomenon that started in the 20th century right after World War 2. UFO testimonies exist in ancient scripts and traditions (Greece, India, Japan, Mesopotamia, etc) around the world.

The Greek biographer and historian Plutarch (46-120 AD) provides us with a historical  testimony of a UFO sighting at a battlefield during the third Mithidratic war (75-63 BC). The testimony can be found in Ploutarch’s book “Lucullus” (in Greek ΛΕΥΚΟΛΛΟΣ).

According to the testimony, Lucullus and his Roman army were set on the battlefield to fight against Mithidratis the king of Pontus and his ally Marios who was dispatched by Sertorius. Minutes before the battle would start, an unidentified flying object appeared above the two armies.

The original extract describes the incident in the following words:

” when he faced (Lucullus) the enemies, he was amazed by the number of people and wanted to avoid and delay the battle. As Marios who was dispatched from Iberia  by Sertorius to help Mithridatis as a sergeant together with a military army challenged him (Lucullus), he got set for battle. While marching towards the conflict, without any observable change happening, the air opened and appeared a rapidly descending object resembling a flame, which appeared like a vase in shape and like a glowing annealed metal in color. Both armies, frightened by the sighting withdrew. They said that this happened in Phrygia, near to what is known as Otries.”

Similar cases have been recorded in a number of ancient and modern battlefields (subject of upcoming posts). Could the incident described by Plutarch be a case of intervention by an alien civilization?