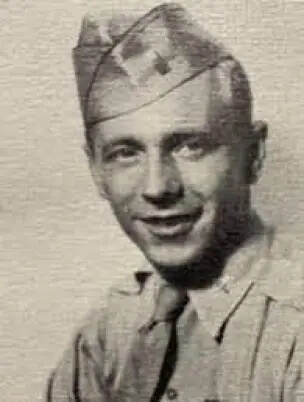 The Roswell incident is one of the most popular unsolved mysteries in the world. Dozens of US military officers claimed that the crash involved the extraterrestrial craft with aliens, while skeptics tried hard to deny it. Besides, the US government covered the whole incident calling it a military program (Project Mogul).

Moreover, there are abundant theories that justify the extraterrestrial’s link to the crash that happened in New Mexico in July 1947.

Unfortunately, a new press release was issued later, that certainly was to change the facts of the first one, and now the crashed UFO turned into crashed weather balloon. It made Haut a figure of public ridicule.

Lt. Walter Haut was the close friend of Colonel William Blanchard who is regarded as the key player behind the scenes in the recovery of the Roswell disk. Haut swore to Col. Blanchard that he would keep the Roswell secrecy until his last breath. But in 2002, he came up with an idea to slightly reveal what he knew about the Roswell incident without breaking his words.

A video of Lt. Haut has recently been released. It was recorded in 2000, and in the video, he claimed to have seen a body of a “beat-up alien” the “size of a 10-year-old child” after the Roswell UFO crash. The video was first published by UFO researcher Anthony Bragalia, and it was recorded by Haut’s friends Dennis Bathaser and Wendy Connors.

Julie Shuster, Haut’s daughter was worried that the secrets of Roswell

would be left behind as the world started losing the first-hand witnesses of the case such as Major Jesse Marcel, the first person who arrived at the crash site. Marcel might have left a cryptic journal behind on the Roswell subject, but Haut was adamant to leave the clear information behind.

Shuster, along with UFO researcher Don Schmitt persuaded her father to have a written document on his exclusive information on Roswell and save it for the future. Haut agreed and signed an affidavit, stating that he had seen a craft from outer space.

“It was not from this Earth, it was something manufactured off this Earth,” he said.

After his death in 2005, the affidavit was first published in a book entitled “Witness to Roswell: Unmasking the Government’s Biggest Cover-Up” (2007), authored by Thomas Carey and Schmitt.

In the affidavit, Haut revealed that there were two crash sites at Roswell, and he witnessed the first object that crashed in 1947. Shuster said that her father did see the bodies, and the craft was about 25 feet in diameter.

Carey and Schmitt became Haut’s friends, who later revealed to them the biggest secret. Carey described that the ship was of the size of a Volkswagen Beetle and was of an egg’s shape. To verify former army press officer claims, Carey and Schmitt found other witnesses with similar information.

Back to Haut’s confessional video, Bragalia said that a Digital Voice Stress Analysis (DVSA) expert looked at Haut’s testimony and concluded that he was telling the truth. Additionally, he said that the government could have been holding the aliens’ bodies in a secured locations “with access only by those with a need to know.”