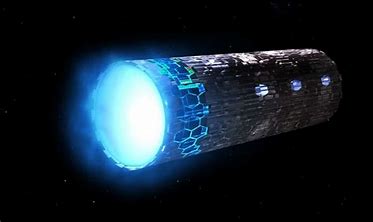 A UFO expert claimed to have spotted the entrance to an underground alien base on a remote island off the coast of Indonesia. The expert came across the alleged alien base entrance through Google Earth Maps.

The discovery of the alleged alien base entrance was made by f the UFO-centered blog ET Data Base. In the latest blog post,  stated that area was spotted the strange object while browsing the satellite images on Google Maps.

While using the app, a group of small islands off the coast of Indonesia near West Papua. In one of the islands, known as Miaktori, a strange massive object can be spotted on the ground. Based on the satellite image, the island appears to be remote with no signs of known no

According to the scale ruler of Google Maps, the strange object on the ground appears to be around 50 meters wide. It has a layered hexagonal outer shape with a dark opening-like structure in the center.

After spotting the image, it was claimed that it could be an entrance to an alien base hiding underground.

“I found an entrance to an underground base on a secluded island in Indonesia,”  “The doorway can easily be seen with Google Earth Map and when you add contrast to a screenshot…the detail really comes out.”

Based on the appearance of the object, it was noted that a UFO had already left the base through the alleged doorway.

“We can even tell from looking at it that the UFO that flew through this doorway was leaving the underground base.

“How do we know this? Because the deeper insides of the tunnel are collapsed and closed in, but the outer surfaces area is still open.

“This is the perfect place for an underground base…on such a secluded island were few people ever wander.”

One commenter took things a step further, stating, “I think this is entrance specifically for the interstellar ships. It is well known that Reptiloids (original species of our planet) use cigar-shaped ships or cylindrical shaped ships. And now. Look at the shape of the entrance! It’

clearly for their ships!”

Another hypothesized, “I think this is a secret military base not about aliens or UFOs.”

Could it possibly be an underground alien base? Or an entrance specifically for interstellar ships? Or a secret military base? Or is it perhaps something even more sinister?

clearly for their ships!”

Interesting for sure, Always noticed how beautiful the waters are surrounding Indonesia. This is still on my bucket list to go to.