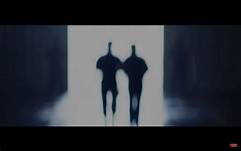 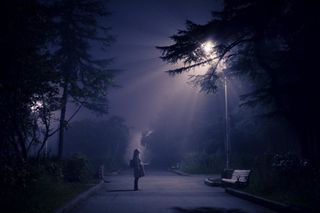 Close encounters with our future selves?

Unidentified flying objects (UFOs) have captured the public’s attention over the decades. As exoplanet detection is on the rise, why not consider that star-hopping visitors from afar might be buzzing through our friendly skies by taking an interstellar off-ramp to Earth?

On the other hand, could those piloting UFOs be us — our future progeny that have mastered the landscape of time and space? Perhaps those reports of people coming into contact with strange beings represent our distant human descendants, returning from the future to study us in their own evolutionary past.

The idea of us being them has been advanced before. But a recent book, “Identified Flying Objects: A Multidisciplinary Scientific Approach to the UFO Phenomenon” takes a fresh look at this prospect, offering some thought-provoking proposals.

The book was written by Michael Masters, a professor oft Montana Technological University in Butte. Masters thinks that – given the accelerating pace of change in science, technology, and engin biological anthropology aeering –  it is likely that humans of the distant future could develop the knowledge and machinery necessary to return to the past.

The objective of the book, Masters said, is to spur a new and more informed discussion among believers and skeptics alike.

“I took a multidisciplinary approach in order to try and understand the oddities of this phenomenon,” Masters told Space.com. “Our job as scientists is to be asking big questions and try to find answers to unknown questions. There’s something going on here, and we should be having a conversation about this. We should be at the forefront of trying to find out what it is.”

Dubbing these purported visitors “extratempestrials,” Masters notes that close-encounter accounts typically describe UFO tenants as bipedal, hairless, human-like beings with large brains, large eyes, small noses and small mouths. Further, the creatures are often said to have the ability to communicate with us in our own languages and possess technology advanced beyond, but clearly built upon, today’s technological prowess.

Masters believes that through a comprehensive analysis of consistent patterns of long-term biocultural change throughout human evolution — as well as recent advances in our understanding of time and time travel — we may begin to consider this future possibility in the context of a currently unexplained phenomenon.

“The book ties together those known aspects of our evolutionary history with what is still an unproven, unverified aspect of UFOs and aliens,” he said.

But why not argue that ET is actually a traveler from across the vastness of space, from a distant planet? Wouldn’t that be a simpler answer?

“I would argue it’s the opposite,” Masters responded. “We know we’re here. We know humans exist. We know that we’ve had a long evolutionary history on this planet. And we know our technology is going to be more advanced in the future. I think the simplest explanation, innately, is that it is us. I’m just trying to offer what is likely the most parsimonious explanation.”

As an anthropologist who has worked on and directed numerous archaeological digs in Africa, France and throughout the United States, Masters observes that it is easy to conceptualize just how much more could be learned about our own evolutionary history if we currently possessed the technology to visit past periods of time.

“The alleged abduction accounts are mostly scientific in nature. It’s probably future anthropologists, historians, linguists that are coming back to get information in a way that we currently can’t without access to that technology,” Masters said.

“That said, I do think that some component of it is also tourism,” he added. “Undoubtedly in the future, there are those that will pay a lot of money to have the opportunity to go back and observe their favorite period in history. Some of the most popular tourist sites are the pyramids of Giza and Machu Picchu in Peru … old and prehistoric sites.”

“There’s certainly still missing pieces of the puzzle,” he said. “There are aspects of time that we don’t yet understand. Wanted is a theory of quantum gravity, and we can meld general relativity and quantum mechanics. I’m just trying to put forth the best model I can based on current scientific knowledge. Hopefully, over time, we can continue to build on this.”

“Masters postulates that using a multidisciplinary scientific approach to the UFO phenomenon will be what it takes to solve this mystery once and for all, and I couldn’t agree more,” said Jan Harzan, executive director of the nonprofit Mutual UFO Network (MUFON).

“The premise that UFOs are us from the future is one of many possibilities that MUFON is exploring to explain the UFO phenomenon. All we know for sure is that we are not alone,” Harzan added. “Now the question becomes, ‘Who are they?’ And Masters makes a great case for the time-traveler hypothesis.”

But not everybody is on board with the idea, as you might imagine.

“There is nothing in this book to take seriously, as it depends on the belief that ‘time travel’ is not only possible, but real,” said Robert Sheaffer, a noted UFO skeptic.

Distant descendants have mastered time travel, Sheaffer said, and have traveled back in time to visit us. “So, according to Masters, you just spin something fast enough and it will begin to warp space, and even send stuff backwards in time. This is a highly dubious claim,” he said.

Moreover, Sheaffer said that Masters tries to deduce aliens’ evolutionary history from witness descriptions, “suggesting that he takes such accounts far too literally.”

The problem of ‘if’

David Darling is a British astronomer and science writer who has authored books on a sweeping array of topics – from gravity, Zen physics and astrobiology to teleportation and extraterrestrial life.

“I’ve often thought that if some UFOs are ‘alien’ craft, it’s just as reasonable to suppose that they might be time machines from our own future than that they’re spacecraft from other stars,” Darling told Space.com. “The problem is the ‘if.’

Darling said that, while some aerial phenomena have eluded easy identification, one of the least likely explanations, it seems to him, is that they’re artificial and not of this world.

“Outside of the popular mythos of flying saucers and archetypal, big-brained aliens, there’s precious little credible evidence that they exist,” Darling said. “So, my issue with the book is not the ingenuity of its thesis, but the fact that there’s really no need for such a thesis in the first place.”

Larry Lemke, a retired NASA aerospace engineer with an interest in the UFO phenomenon, finds the prospect of time-travelling visitors from the future intriguing.

“The one thing that has become clear over the decades of sightings, if you believe the reports, is that these objects don’t seem to be obeying the usual laws of aerodynamics and Newtonian mechanics,” Lemke said, referring to the relationship, in the natural world, between force, mass and motion.

Toss in for good measure Einstein’s theory of general relativity and its consequences, like wormholes and black holes, along with other exotic physics ideas such as the Alcubierre warp-drive bubble.

“There’s a group of thinkers in the field of UFOs that point out that phenomena reported around some UFOs do, in fact, look exactly like general relativity effects,” Lemke said. Missing time is a very common one.”

Lemke said that the idea that somebody has figured out how to manipulate space-time, on a local scale with a low-energy approach, would explain a lot of things across the UFO phenomenon, including those baffling Tic-Tac-shaped objects recently reported by jet-fighter pilots and radar operators.

“No matter how much knowledge we have, how much we think we know, there’s always some frontier beyond,” he said. “And to understand that frontier is getting more and more esoteric.

1 thought on “Are the aliens us? UFOs may be piloted by time-traveling humans, book argues”