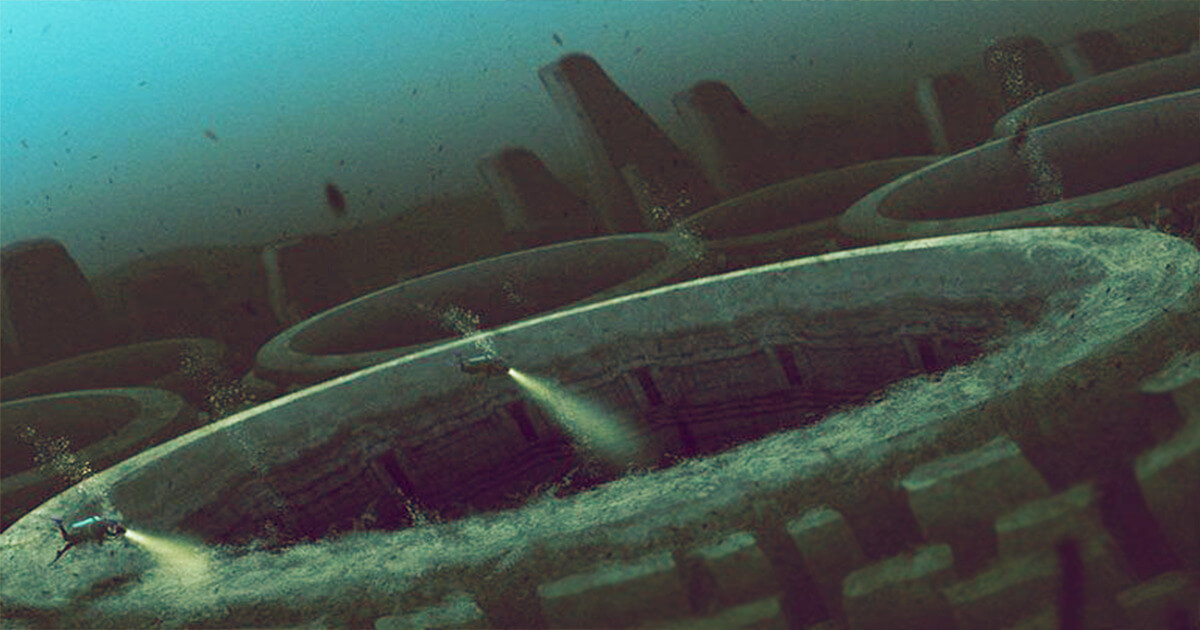 Often times referred to as the Devil’s Sea, the Ma-No Umi area from Japan is a place off the coast there that appears to have all the markings as the famous Bermuda Triangle and yet it is nowhere near as popular as it.

It is one of the twelve Vile Vortices and as you can already tell by now, it is very close to the city of Tokyo, around 60 miles to the south of it to be precise. More and more anomalies have been spotted around this area as these events have warranted plenty of paranormal authors to show up here to record the irregularities of the area altogether.

The Devil’s Sea is also often referred to as the Dragon’s Triangle, and according to most experts, you cannot even find it on most maritime maps out there, similar to the Bermuda Triangle.

Many believe that the Dragon’s Triangle is the remaining city of Atlantis and that its defense systems are still up which are causing all of the anomalies nearby to occur.

As you can already guess by now, a large number of planes and ships have already gone missing here which is very similar to the situation that has been spotted around the Bermuda Triangle.

Many also believe that a Dragon actually lives around the Dragon’s Triangle which is where it got its name from. This would definitely explain the disappearances though, to say the least.

Back in the 13th century AD, the Mongol Emperor Kublai Khan wished to cross the sea and conquer Japan but he was never able to conduct his invasion as his ships kept disappearing off the sea. A total of 40,000 people and an entire naval force was lost that day here.

Many believe that this is actually the ancient site of an underwater alien base instead. There is another legend that supports this theory: the tale of Utsuro-Bune. The earliest account can be traced back to 1803 when two strange tales began circulating in Japan.

As the story goes, Japanese sailors encountered a hollow ship floating aimlessly in the Pacific. Circular in shape, the ship was covered in glass windows. Naturally, the sailors towed the ship to shore and were amazed to find a very beautiful woman sitting inside, clutching a chest.

Pale and red-haired, the woman spoke a strange language and wore equally strange garments. Unable to initiate any meaningful communication, the traveler made a hand gesture encompassing the sea and left the sailors dumbfounded when she returned to her ship and sailed away.

Utsuro-Bune, as she was nicknamed, would go on to make appearances along the entire coast of Japan in the following year. No-one knows who she was or where she came from but speculations about her otherworldly origins are abundant.

What do you think?