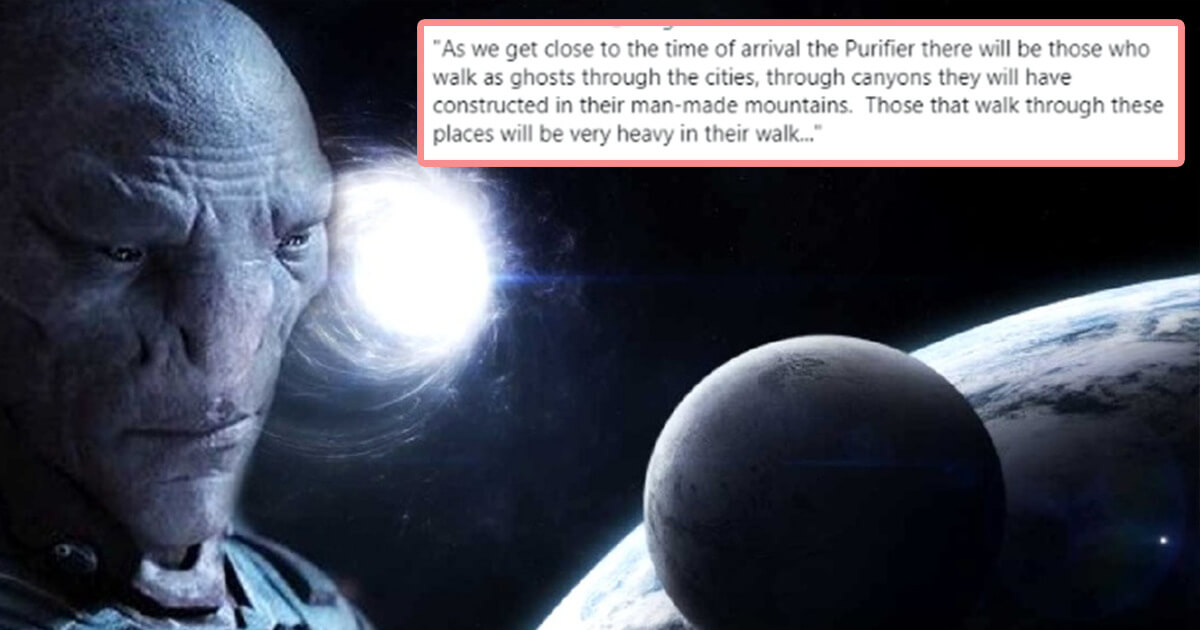 Recently, Twitter has been blowing up thanks to Bruce R. Fenton and his most interesting messages yet.
He is a popular researcher and writer that made himself known in the community thanks to his book titled “Exogenesis: Hybrid Human Beings”.

Back on June 6th however he posted some incredibly disturbing messages on his private Twitter which many believe to be an elaborate hoax meant to attract attention while others seem to take as eerie predictions of the future.

Basically, Bruce posted very cryptic messages on his Twitter on which he talked a lot about how we will receive warnings that we must change our ways otherwise we will not have much longer in this world.

He claimed that a “red sunrise” would be coming if we do not prevent this from happening. He talked a lot about how the “old values of the old world” will be crucial in this new world we’ll find ourselves in and that if we do not mend our ways, we will have Sampacu to deal with, aka the lack of life force in our eyes.

The only way to survive this calamity is to go back to living in nature, and he also talked a lot about a force named the Purifier which will cleanse the world.

He referred to the return of the Blue Star Katchina, known as Nan Ga Sohu, and how this will basically signal off the new world order commencing.

This is how the alleged Days of Purification will commence according to Bruce himself.