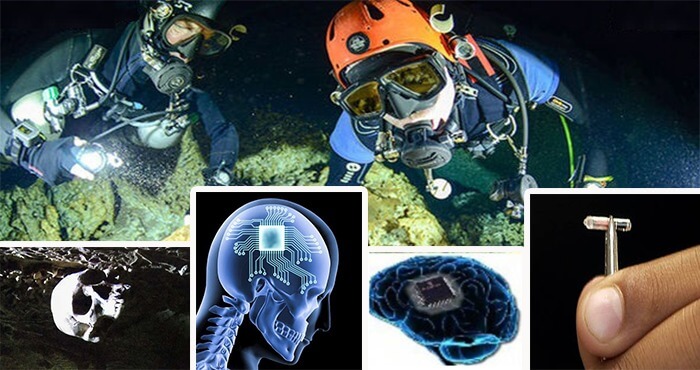 Recently, a special team of divers made their way through the cave system Sak-Aktun from the Yucatan Peninsula where they came across a couple of remains that are supposedly over 12 thousand years old.

Guillermo de Anda was the first to claim that in those caves they’ll find human skulls covered in limestones due to rainwater, which is why the divers originally made the dive.

The general consensus on the matter is that the skulls discovered belong to Maya Indians that were desperately looking for water.

Strangely enough, every researcher on the planet wanted to investigate it but after some secrets were uncovered nobody wanted to be a part of this project anymore.

Pedro Sanchez, a Mexican journalist, claimed that this was all because one skull had a clear implant into his head. This wasn’t just a piece of metal either, it was technologically advanced. The people there believed that this chip is well over 12 thousand years old too and that further research might endanger their lives.

This was officially classified as top secret information though, to the point where nobody except for Pedro Sanchez has reported it yet, fear of what will happen to them if they do so.