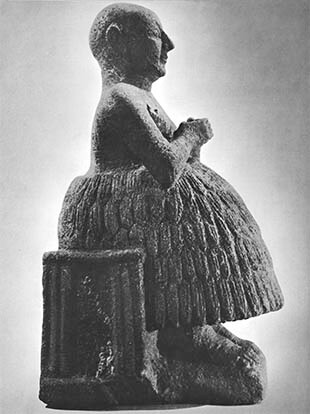 When it comes to history, one of the most fascinating myths of Ancient Sumeria is undoubtedly the myth of Etana, the antediluvian king who is believed to be ascended to heaven in order to put forward an essential request that needed immediate consideration.

What exactly was the request and what incidents took place on the incredible journey of King Etana to heaven.

King Etana was classified by the Gods as the first king of Kish in the Sumerian King List.
He was given the authority and power to establish rules and order among humans.
The first king of Kish was known as “The one who stabilized the lands” under the supervision and authorization of the Gods who had formulated and established the concepts of royalty and government in humanity.

King Etana had immense respect and trust in the Gods who superseded the King when it came to position and status.
The question is what particular event led King Etana to realize such important lessons?
Now, let’s review what king Etna’s wish was and what all steps did he take to fulfill that wish?

The legends of King Etana commences with the foundation and erection of a grand city by the Gods called Kish.
Once the city was formed, Gods began the search for a worthy ruler who could run the city efficiently.
It is said that eventually, Inana/ Ishtar- the Goddess of Love, Fertility, and War / Innana chose Etana to be the ruler of the massive city.

The Eagle pleaded to Shamash- the God of Sun, upon being felt unprotected and helpless, who in turn sent King Etana to help the Eagle.
King Etana took care of the creature and with time they became close friends.
Even the eagle was capable of interpreting the king’s dreams.

The legend of Etana narrates the tale of a Sumerian king who ascended ‘to heaven’ to request the Gods for the Birth Plant in the hope of a child.
It was ehe eagle who was protected by Etana who suggested it to Etana attempted to make the expedition coming true.

On his suggestion, King Etana agreed and commenced the journey to heaven.
However, as the journey began, the king freaked out and directed the Eagle to take him back to the Earth.

As he fell, he was heard shouting:

“I looked towards Earth but did not see it! My eyes were not enough to contemplate the immense sea! I am not going to go up to heaven, I will return to my city!”

After coming back to Earth, Etana and his wife once again dreamt of ascending to heaven again, so the Eagle stated that it was a sign and the Gods are giving him a second chance.
So, Etana and the eagle made a second attempt to reach heaven and ask the Gods for the Plant of Birth.
Some theories suggest that this ‘Plant of Birth’ could be the Tree of Life, while others indicate that it could be the Planet Nibiru.

According to a fragment of the text, this happened when Etana took his trip to heaven:

The King of Kish took a deep breath to focus and stepped through the Gate,
and the familiar clouds involved him to carry him to the Inner Realms.
He allowed himself a couple of minutes to adjust and then moved on.
Soon the clouds dissipated and he saw himself in a large, well-lit room.
Whose glazed windows (5,000 years ago!) Let in the magic of the sunset time, the rainbow colors of the changing skies.
The room was long, a king’s hall fit, and on a dais he saw Su (Inanna).
His heart knew who she was, so he proceeded.

Sadly, the rest of the story is not known and what happened finally is not really
Now, what we do know is that Etana managed to have a son, Balih , who succeeded him as king.

So it can be concluded that Etana’s dream of having a descendant to succeed him on the throne was finally fulfilled.

Does Sumerian History Talk About A flying Ship?

If the tale narrated in the tablet is analyzed from a mythical point of view, then we can interpret that the trip described by Etana was about a ship, even with some similarities to the story told by Enoch who also, according to his book, traveled through different celestial dimensions.

The Italian historian Albert Fenoglio described the translation of a segment from the tablet, and segment states that:

“King Etana was taken as a guest of honor inside a flying ship shaped like a shield that landed behind the Royal Palace, surrounded by a whirlpool of flames. From this flying ship came tall, blond, dark-skinned men dressed in white, who were said to be beautiful as Gods. They invited King Etana to accompany them, King Etana’s advisers tried to dissuade the king from entering the flying object. ‘

In this ship, Etana rose above Earth, entering the heavenly realms of the gods Anu, Enlil, and Ea. Passing through the gates of the Gods: the Moon God Sin, Shamash the Sun God, and Adad the Storm God.

King Etana was absent for two weeks, when the people of his kingdom was preparing to appoint a new king, believing that the “Gods” had seized him, Etana flew over the city and landed, accompanied by one of the “blond men »Who stayed as the king’s guest.

The list of the Sumerian kings engraved on an ancient stone tablet evidently established that the ancient Sumerian Gods descended from the heaven.
The tablet also classified King Etana as the Shepherd who ascended to heaven and consolidated all foreign countries.

It is mentioned that he ruled 1,560 years earlier to be succeeded by his son Balih, who is believed to have ruled for 400 years.