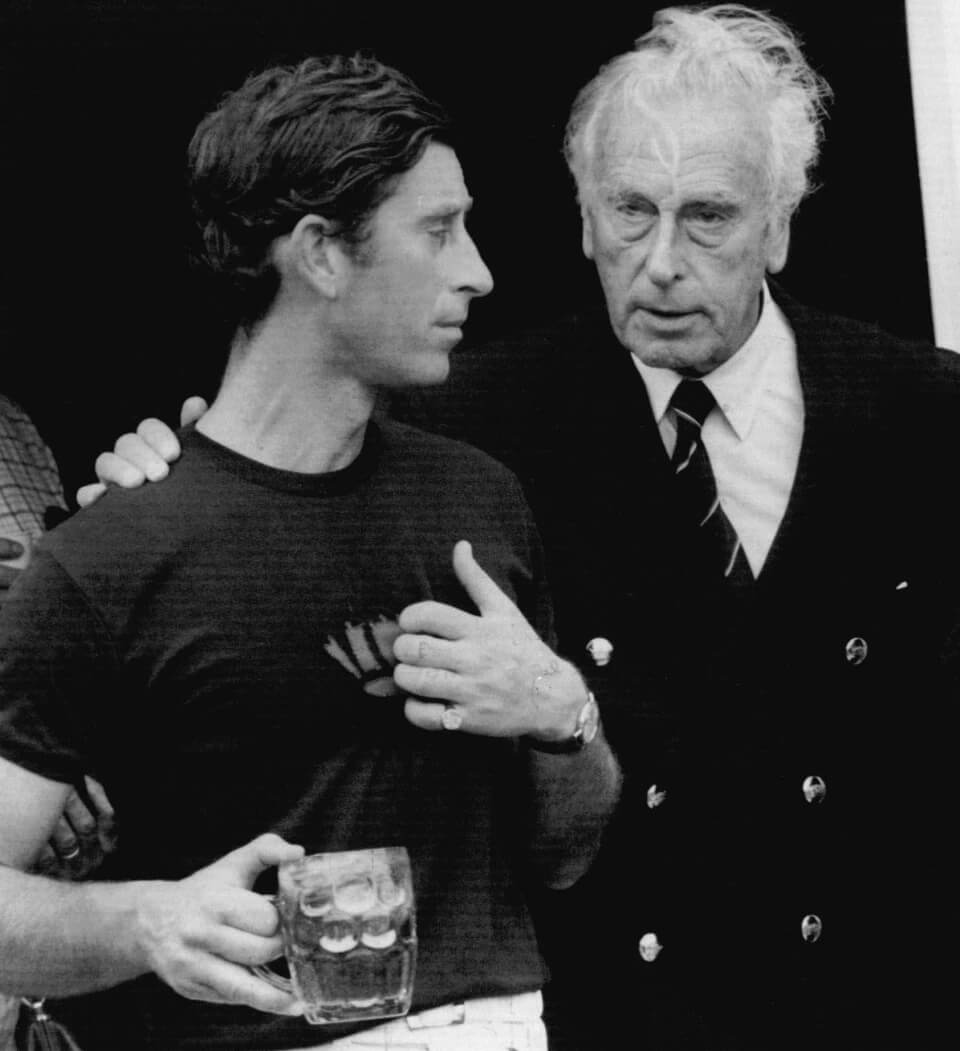 PRINCE Philip’s uncle Lord Mountbatten was a UFO enthusiast and even wrote an official report about an alien in a silver spaceship landing on his estate, historical documents show.

Mountbatten was a “hugely important and influential ufologist” even though he kept his interest in the paranormal a secret throughout his life, according to UFO expert Alejandro Rojas.

Back in February, 1955, Mountbatten, who was often referred to as Prince Charles’s “honorary godfather” and mentor because of his close relationship with the Duke of Edinburgh, made an official report about a strange encounter his bricklayer Fred Briggs allegedly had with a flying saucer and an alien creature.

The report, which was uncovered after Mountbatten’s 1979 death at the hands of the IRA, describes how a silver spaceship landed in the grounds of his Broadlands estate in Romsey, Hampshire.

The flying saucer hovered above the ground before a man dressed in overalls and a helmet descended from the bottom of the craft, according to the documents.

Fred was then reportedly knocked off his bike and held on the ground by an “unseen force”.

“The object was shaped like a child’s huge humming-top and half way between 20ft or 30ft in diameter,” the official report states.

“Its color was like dull aluminum, rather like a kitchen saucepan. It was shaped like the sketch which I have endeavored to make, and had portholes all around the middle, rather like a steamer has.”

It went on: “While I was watching, a column, about the thickness of a man, descended from the center of the saucer and I suddenly noticed on it, what appeared to be a man, presumably standing on a small platform on the end.

“He did not appear to be holding on to anything. He seemed to be dressed in a dark suit of overalls and was wearing a close fitting hat or helmet.”

Fred added: “As I stood there watching I suddenly saw a curious light come on in one of the portholes.

“It was a bluish light rather like a mercury vapor light.

“Although it was quite bright, it did not appear to be directed straight at me, nor did it dazzle me, but simultaneously with the light coming on I suddenly seemed to be pushed over and I fell down in the snow with my bicycle on top of me. What is more, I could not get up as though an unseen force was holding me down.”

The flying saucer then disappeared out of sight “almost instantaneously”.

Mountbatten went to investigate as soon as he heard the tale – and said that Fred’s bike tracks left in the snow confirmed his movements.

In a signed statement, Mountbatten said: “Mr Briggs was still dazed when I first saw him and was worried that no one would believe his story.

“Indeed, he made a point of saying that he had never believed in Flying Saucer stories before, and had been absolutely amazed at what he had seen.

“He did not give me the impression of being the sort of man who would be subject to hallucinations or would in any way invent such as story.

“I am sure from the sincere way he gave his account that he, himself, is completely convinced of the truth of his own statement.”

He told Sun Online that Mountbatten was “instrumental” in developing the field of UFO investigations both in the UK and around the world.

“I think this story is incredibly important,” he said.

“The Royals have had a history of being interested in the paranormal but Mountbatten was very interested in UFOs and he was instrumental in the UFO subject being taken more seriously and popularized in the UK.

“Prior to some of the more credible books about UFOs being serialized in the UK, British people thought Americans were silly in their attention to UFOs.

“Behind the scenes – and people didn’t know at the time – Mountbatten was contacting different newspaper and trying to get them interested in serialising these UFO books.

“He then asked them not to tell anyone that it was him who had got them to do it. They respected his request and didn’t let people know.

“That’s what makes him so important to ufology – he got people interested in this subject.

“Another reason is that ufology got taken over by the UK in that official UFO investigations went all the way until 2008 whereas in the United States we stopped officially investigating them in 1969.

“There’s a longer history of UFO investigation in the UK and that’s a lot to do with Mountbatten.

“He was instrumental in making the investigation of UFOs more credible.

“But he kept his interest in UFOs secret while he was alive and it wasn’t known about until after his death.

“Prince Philip also took an interest in ufology. He was very close to his uncle and always said he was more of a father to him.

“He definitely picked up the interest in UFOs – but we are not sure if Charles and the rest of the family did –  although we can tell from their reading lists that they do request different paranormal books.”