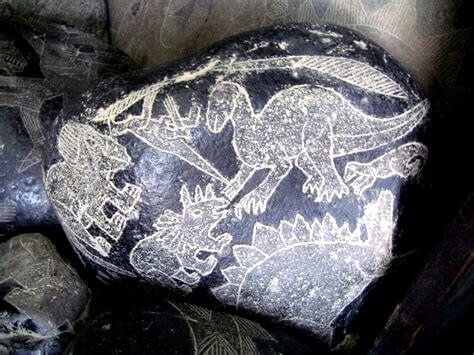 The Paluxy River (or Creek) in Texas is considered to be the best known and most famous example of dinosaur tracks in the known world. These footprints can be viewed at the Dinosaur Valley State Park, which can be found at Glen Rose, Somervell County. These tracks are not the only examples discovered. However, they did cause quite a stir back in the 1930s when human footprints were discovered. The footprints were alongside and, in some cases, interacting with recognized dinosaur tracks. This poses the question: Did humans and dinosaurs coexist?

The furore surrounding those footprints may have died down several decades ago. However, there are other examples of possible dinosaur-human interactions that cannot be dismissed so easily. The magnificent temple at Angkor Wat in Cambodia was built in the 12th Century for King Suryavarman II. Look carefully and in the proper place, visitors can see an animal on one of the tiles of the spitting image of a Stegosaurus. The first confirmed fossil discovery was only made in the early 19th Century. So someone either got extremely lucky with a guess 600+ years in advance or they had first-hand knowledge of a living Stegosaurus. This carving shows the complete animal as it were witnessed during life and not a collection of newly discovered bones. Does this prove that humans and dinosaurs coexisted? It is wild speculation at best.

On his birthday in 1961, a farmer gave Peruvian doctor Javier Cabrera a small stone as a present. When Cabrera took a closer look at the engraving upon it, he established that it showed a fish that had been extinct for several million years. At least that was the assumption that science had arrived at. This was not the first time that a previously extinct fish had been discovered. Several days before Christmas in 1938, a living Coelacanth was caught off the coast of Madagascar. 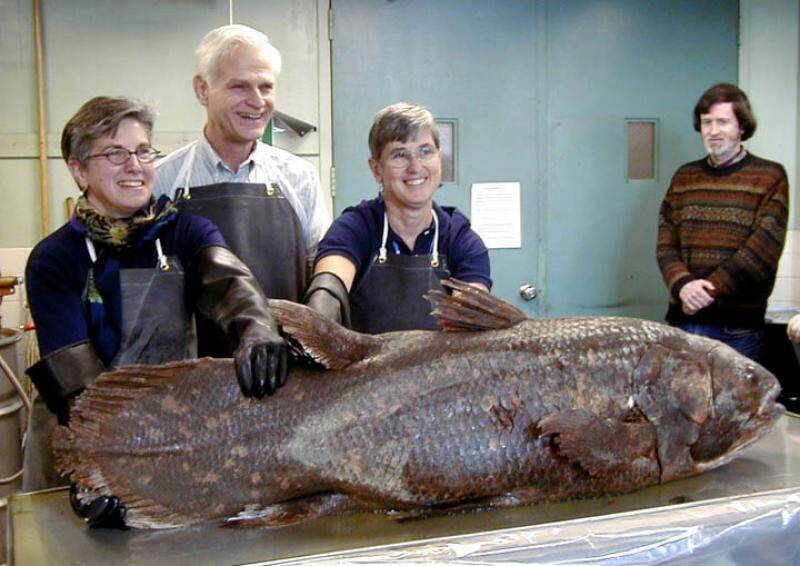 A preserved Coelacanth, once thought to be extinct. Image:

Underwater cameras have also captured what some insist is a live Megalodon. Cabrera became fascinated by his birthday gift and wanted to find out more about it. The stone itself consisted primarily of Andesite, which is a volcanic rock and not at all easy to engrave.

During the course of his investigation, Cabrera managed to locate several hundred additional examples of the same artwork. Some of these can fit in the palm of the hand, while others would need quite a bit of manpower in order to be moved.

Are the Ica Stones Genuine? 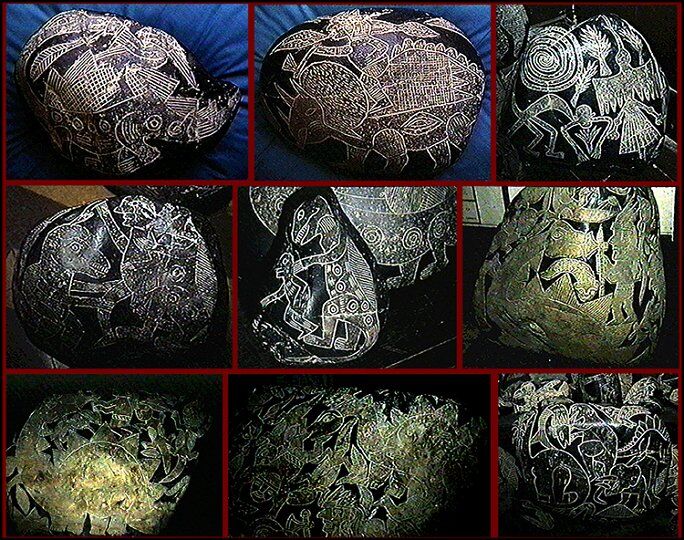 To date, there are approximately 50,000 stones samples recorded. Among the animals identified on these stones are Brachiosaurs, Tyrannosaurs, and a Triceratops. On one stone, a carnivorous dinosaur is feasting on a human. Other etchings show tribesmen riding tame sauropods.

It is possible the stones were fakes, although it is not certain how many. The farmer who claimed to have found them had to say that he made them. It is illegal to sell real artifacts in Peru and he could have gone to jail. He also later said that he did not make all of them.

It would be all too easy to dismiss all of this as a work of fiction. However, the problem is that carbon dating is nothing more than an estimate. Scientists carbon date an item by pairing two separate carbon isotopes – Carbon 12 and Carbon 14 – and comparing the rate of expected decay and radioactivity of a given organic compound. Carbon 14 is not the most reliable factor in this equation. It can be prone to contamination from outside sources such as solar or cosmic radiation which can lead to erroneous results. It’s almost like contaminating a crime scene. The dinosaur fossils consist of stone. This makes them too old for a definitive age using current carbon dating techniques. The age of the bones results from the age of the deposits found in and around them.

When the infamous Surgeon’s Photo’ appeared in the British tabloid press back in the 1930s, many believed that the definitive answer to the Loch Ness monster was that it was a prehistoric plesiosaur that had defied extinction and survived well into the modern-day. Before someone proved it a hoax, it was an intriguing supposition and one that may apply to other rumored prehistoric animals said to lurk in far-flung corners of the world. In the remote north of the Congo, experts believe there may be a sauropod living in the area. Numerous expeditions into the Brazzaville region of the country hasn’t produced solid proof of the Mokele Mbembe. But local tribes and villagers insist that the animal is a real one.

Did Humans and Dinosaurs Coexist?

If we let our imaginations out of their cages for just a bit, then certainly humans did coexist with dinosaurs. The reason is that not all dinosaurs died out together. There still are extant species that lived millions of years ago. The coelacanth is just one example. This fish is a 360 million-year-old species that supposedly went extinct 65 million years ago during the Great Extinction. This was when most of the other dinosaurs died off. However, someone caught a coelacanth off the coast of South Africa in 1938, and since then a few more have emerged.

The 500 million-year-old nautilus is another example. This deep-sea tentacled creature has not changed much at all through time. However, we can still easily find them in just about every commercial aquarium. Crocodiles, turtles and tortoises, sharks, and some other reptiles have been around since the time of the dinosaurs as well.

Therefore, perhaps it’s correct to say that humans still coexist with dinosaurs. We just don’t know how many. According to Current Results Weather and Science Facts, “Undiscovered Species, How Many Are There Left to Find”:

Most of the world’s species remain undiscovered by science. Biologists have described and classified 1.7 million plants and animals as of 2010, less than one-quarter of the total species estimated in the world. Scientists figure there are still over five million species awaiting discovery.

If there are still species around that are 500 million years old today, then certainly our 1.6 million-year-old human ancestors who first left Africa were amongst even more dinosaurs that hadn’t died out yet.

Theories and Fringe Theories to Consider

A ton of theories outlining the extinction of the dinosaurs have emerged throughout the years. The most widely held belief is that an asteroid or comet strike, perhaps from the Baptistina asteroid, struck the Yucatan peninsula approximately 65 million years ago and accelerated climate change. While the impact most certainly did occur, there are questions that defy that idea. Perhaps the biggest of these was how did certain animals manage to survive that impact? As noted, we still have many archaic species living today.

Might some other cause have ended their reign? According to some scientists, they found a layer of Iridium within the KT boundary. They suggest that perhaps a nuclear cataclysm took place in the distant past. Iridium deposits may occur with a cosmic strike such as a meteor but is also a by-product of the nuclear arsenal. Most Tyrannosaur fossils found have a special coating because their bones are still reputed to be highly radioactive.

Maybe the dinosaurs survived the extinction and became embroiled in a territorial war with the emerging humans. A war that could still be taking place today. Did humans and dinosaurs coexist in the past…or are we still coexisting?