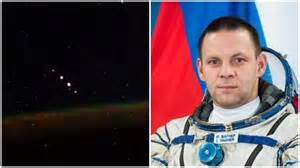 A cosmonaut aboard the International Space Station (ISS) has captured footage of bright unknown objects that some insist are man-made satellites and others speculate may be of extraterrestrial origin. 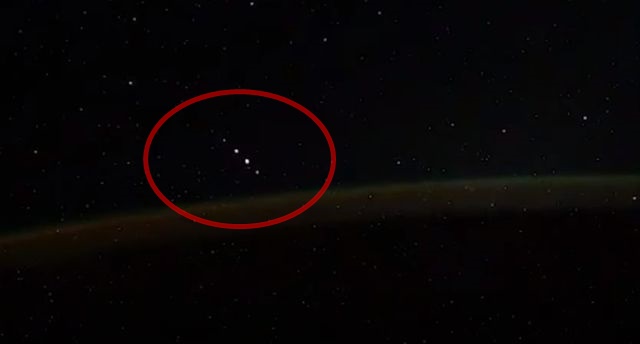 Cosmonaut Ivan Vagner recently captured footage of the auroras over the Antarctic. “5 objects” appeared in the the time-lapse according to Vagner in a tweet. The imagery was sent to Roscosmos for analysis.
Ivan Vagner reported on his Twitter page “Seeing five objects appear that fly in parallel course at the same distance from each other. What do you think it can be – meteors, satellites or ….?”
Vladimir Surdin, senior researcher at the P.K. Sternberg suggested “It’s almost obvious that this is Elon’s squadron of companions (Starlink satellites). While they are flying together, then they will scatter, satellites do not fly in such flocks, but after they are launched in a row, they really move for some time.”
Now, I not buy the explanation of Vladimir Surdin. Starlink satellites are launched in series of 40 to 60 simultaneously and even if they will scatter and move for some time, then you still see the most of the satellites flying across the sky as a “train” and that is not the case here!
Besides, the orbits of the Starlink satellites are somewhat similar to ISS but significantly lower.and what we see here are 5 Unidentified Flying Objects flying through space at a much higher altitude than the Starlink satellites, therefore it may be assumed that these objects are not Starlink satellites.