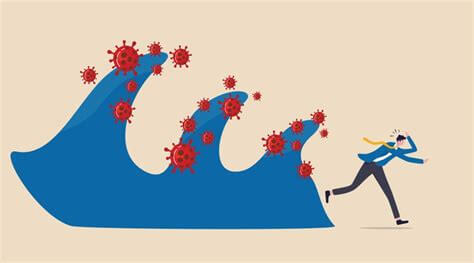 On July 31, the German website liebeisstleben.de reports that in a month, from August 30, 2020, repeated quarantine blocks will begin in Germany, which will last from three to six months. That is, until March 1, 2021.

The information is semi-official – there is no message on TV yet, nevertheless, the municipal councilor from the state of Hesse, having learned the plans from his supervisors, immediately contacted independent journalists and informed them on these shocking news.

The majority of our readers live quite far from Germany, but the news affect everyone. As we remember the epic of the fight against the pandemic this spring, all large and small, proud and, as it were, independent countries acted strictly according to the same scheme, as if they were carrying out a common command emanating from some single global center. Therefore, we suspect that everything will be the same now, only the dates for the start of quarantine will be announced different. For example – August 16 or September 9.

On what basis the date of August 30 was chosen is not clear. It is possible that in the spring the quarantine left people a chance to escape to the forests for the summer, and if you move to the forest in August, then by winter it will no longer be settled.

The duration of the blockage also raises bad suspicions. In the spring, when there was, as it were, the most dangerous first wave, the blockages lasted a month or two, but not three and, moreover, not six months. And now the pandemic is on the decline and there are such wild times.

Moreover, the first blockage was announced for a week, gradually extending it 4-8 times, therefore, if this happens in this case, then the first six months can be extended for several years – this possibility also needs to be borne in mind.

What could be the explanation for the start of such a long quarantine?

The first thing you can think about is vaccinations. So, as Bloomberg writes today with reference to big bosses from Moscow, a mass vaccination is planned for October in the Russian Federation, with the first being distributed among teachers and medical workers. Most likely, the military and law enforcement agencies are on the same list of priorities. It is possible, of course, that something will not grow together with the bosses and everything will be postponed, but it’s not a fact.

The second possible explanation is Nibiru, asteroids, world war or some other global event, on the threshold of which they want to lock everyone at home. Even NASA does not really know when Nibiru will prove itself, and with their first forecast being miscalculated by 10 years, ahead of time, the “pandemic” H1N1 starting to spin. But now, apparently, it is not very long before the special effects, so the quarantine for six months will be sufficient for Nibiru to fit into this six-month window with a guarantee.

We have already acquainted our readers with some prophecies, according to which the main blockages will begin in the fall. As you can see, people’s dreams come true.

Vanging of astrologers who promised a world default of everything and everyone somewhere in February are also coming true. There is no default yet, but there is no February either. At the same time, if nothing will work anywhere for 6 months, and people will still be paid some benefits, the world economy will collapse completely and without options.

At the same time, where people will not be paid benefits, people will take up scrap, since the stocks of money and food were heavily used up in the spring. And as soon as the people with crowbars take to the streets, and astronauts with syringes will still run after the people – against the background of the fact that even the default of everything and everything will seem like a children’s matinee.