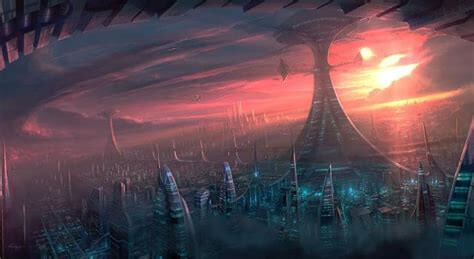 The observable universe is a big place that has been around for more than 13 billion years. Up to two trillion galaxies made up of something like 20,000 billion billion stars surround our home galaxy. 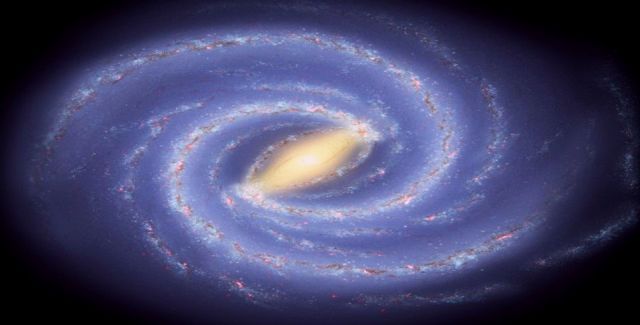 In the milky way alone scientists assume there are some 40 billion earth like planets in the habitable zone of their stars. When we look at these numbers it is hard to imagine that there is nobody else out there.
The Kardashev scale is a method of measuring a civilization’s level of technological advancement based on the amount of energy they are able to use. The measure was proposed by Soviet astronomer Nikolai Kardashev in 1964. The scale has three designated categories:
A Type 1 civilization, also called a planetary civilization – can use and store all of the energy available on its planet. Currently, the civilization of Type I is usually defined as one that can harness all the energy that falls on a planet from its parent star (for Earth–Sun system which is about four orders of magnitude higher than the amount presently attained on Earth.
A Type 2 civilization, also called a stellar civilization – can use and control energy at the scale of its planetary system. A civilization capable of harnessing the energy radiated by its own star—for example, the stage of successful construction of a Dyson sphere.
A Type 3 civilization, also called a galactic civilization – can control energy at the scale of its entire host galaxy. a civilization with access to the power comparable to the luminosity of the entire Milky Way galaxy,
Kardashev believed that a Type 4 civilization was impossible, so he did not go past Type 3. However, new types (0, 4, 5, 6) have been proposed. Some scientists suggest there might be type 4 and Type 5 civilizations, whose influence stretches over galaxy clusters or super-clusters, structures comprising thousands of galaxies and trillions of stars.
Ultimately, there might be a Type Omega civilization, able to manipulate the entire universe and possibly others. Type Omega civilizations might be the actual creators of our universe, for reasons beyond our comprehension!
And what about the current status of human civilization?
Well, at the current time, humanity has not yet reached Type 1 civilization status. If humans increase their energy consumption at an average rate of 3 percent each year, they may attain Type 1 status in 100–200 years, Type 2 status in a few thousand years, and Type 3 status in 100,000 to a million years.