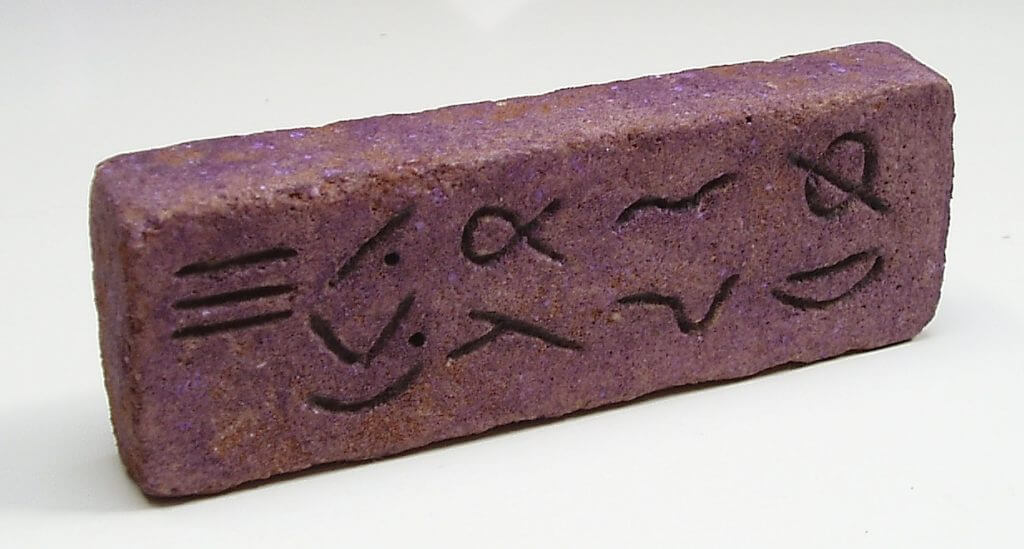 The case of Alberto Sanmartin involves a close encounter, an artifact, the departure of a UFO from the scene and most importantly a complete change of life for the witness. It was November 17th 1954 and Alberto Sanmartin a 37 year old nurse living in Madrid, Spain could not sleep due to a terrible toothache. He decided to go out for a walk, something he had done before and and had worked to ease the pain. The streets were empty as it was 4 am in the morning. Alberto is crossing a bridge and he notices that someone is standing still at the other end.

This man with long blond hair, is staring at him and walking towards him in long strides. His bright eyes and grin scared Alberto who momentarily considered fleeing the scene. But something was pushing him to approach the strange man. When a few meters from each other Alberto was able to make out more details. The strange man had longer than usual pale hands and wore, what looked like a pilot overall suit of metallic color. Then, Antonio started hearing a noise in his head similar to a rattle. Next he sees that the strange man is holding a rectangular object in his palm of no longer than 10 cm in length. For a moment, Antonio thought that maybe it was a harmful weapon but the being with what looked like a forced smile stretched his arm indicating that he was offering this artifact to him. Antonio took the artifact from the man´s palm. The object is heavy and thick and made from some type of polished stone.

Mesmerized from the stone he did not notice the man´s rapid escape from the scene. A few seconds later a thunder-like sound made the trees shake and the ground tremble. Antonio fearful of being harmed by something collapsing squatted to keep safe. Then, something else drew his attention; a dark oval-shaped UFO ascending rapidly, in a few seconds it disappeared in the night sky.

Antonio started to walk back trying to make sense of it all and stopping once in a while to take a better look at the gift from outer space. The object had some unknown symbols; nine in total. Was this some kind of message? If it is a message why does it have to written in unknown symbols?

Alberto Shares Experience with an Ufologist and a Journalist

Alberto is desperate for some explanations and get in touch with a local ufologist, Fernando Semsa Mansano. Alberto joined Fernando and the members of his society dedicated to the exploration of UFOs (which was founded the same night as Alberto´s experience). The stone is examined by the society`s members and nearly everyone has his own theory and explanation. Alberto wants to try to get the bottom of all this and decides to contact journalist Arcadio Baquero.

Arcadio Baquero believes Alberto´s experience and writes an article for the newspaper El Alcázar. The case is published during February of 1955 and causes a sensation. Arcadio and Alberto reached out to scientists to have the stone examined and assessed but very few accepted to have a look at it. At the local institute of mineralogy it was confirmed by the renowned scientist Bayon Garcia Campomames that the stone was not a common one and could not be classified. The stone was also taken to an archaeologist who concluded that there were some similarities with some Egyptian and Greek symbols and letters.

In the spring of 1956 Alberto decides to emigrate to Brazil. Did he leave Spain in search of a better future or did the search for the nature of the stone lead him there ? Many years later in the 90s the Spanish researcher Iker Jimenez (1) discovered new information on why Alberto Sanmartin went to Brazil through the Spanish-Brazilian journalist Pablo Villarrubia who had talked with Sanmartin on a number of occasions. According to Villarrubia, Sanmartin did not go to Brazil to become rich but rather to search for extraterrestrial bases in the jungle of Mato Grosso (from where the stone most probably came from). On his return from the jungle Alberto Sanmartin was shaken and somehow terrorized and he confessed that he had found an extraterrestrial base but that he had orders from the aliens not to share details. Sanmartin settled in Brazil, got married and finally died in 1982.