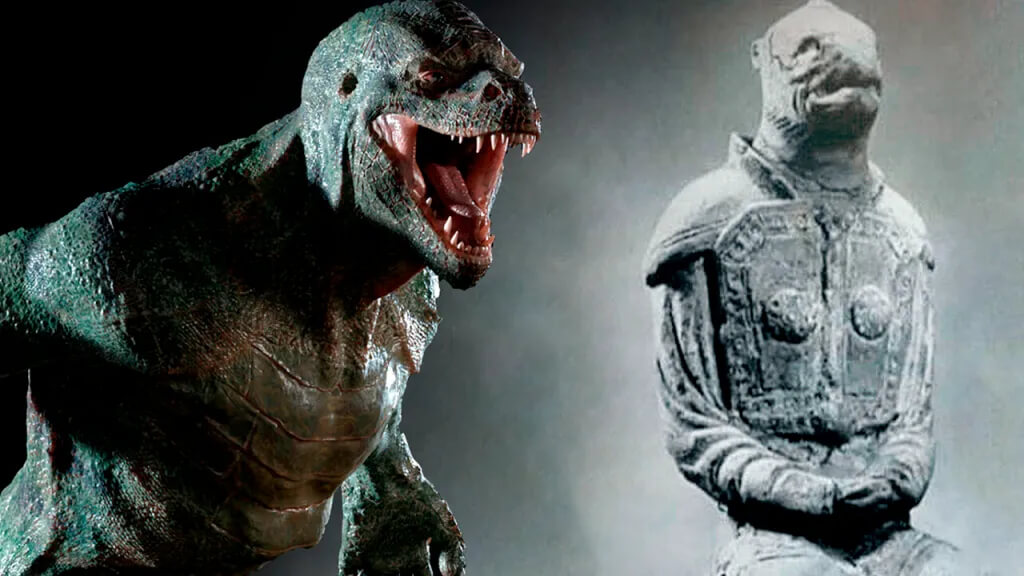 For decades, the elders of some tribes in the world claim to have the keys to knowledge. From these different traditions they speak of beings known as “Chitauri”; “Reptilian beings that control humanity.”

The word “Chitauri” means “those who make the law.” It is believed that these beings did many things to us when they arrived on Earth .

The Chitauri descended from huge ships and had the appearance of terrifying reptiles.

The shaman described them as 3-meter-tall creatures with different social classes:

The upper class or royalty , are those Chitauri who had several horns on their heads, had wings and a huge tail.

Unlike the warrior or lower class , who had large eyes with vertical pupils, a rounded face, no horns, wings or tails.

African shamans preserve the entire history of the ancient culture of their tribes. Information that has been tried to be destroyed on different occasions.

These legends tell us situations very similar to what religion and the Bible dictate , but from a different perspective.

Credo Mutwa begins this account by describing the early days of the world. The world was only covered by a blanket of mist. People could not see the Sun, except for a dim light.

A steady drizzle fell continuously and the light of the moon barely illuminated the night sky.

There were great forests and jungles that covered the Earth and people lived in harmony with the world. Some legends say that humans did not have the ability to speak and only communicated through telepathy.

The Chitauri, then, appeared in ” great flying vessels ” that emitted a terrible noise, crossing fire in the sky. These beings told the humans that they were the “Great Gods of Heaven” and that they would be in charge of giving them great gifts.

These “gifts” included the loss of any mental capacity they possessed; They no longer had telepathy, nor the power to travel spiritually or see the past and future. These were replaced by the ability to speak.

However, humans saw how this new ability divided them, as the Chitauri created languages ​​to prevent them from being understood.

In addition to the great disputes over the different languages, they also chose men who would rule the rest , punishing anyone who did not obey them.

This caused feelings to appear that had never been expressed ; insecurity, fear, anger. In this way, humans began to build villages, further separating themselves from the unity that characterized them.

Little by little, the world began to divide into borders that were defended by fire and death .

With this separation, greed was born; Each village wanted to be more powerful than the other and this was only possible through wealth.

The Chitauri also forced humans to excavate the Earth; women searched for valuable minerals and metals; This is how gold, copper, and silver were discovered, and of these, new materials never seen before.

These beings were also responsible for removing the blanket of mist that existed in the skies. Thus, humans saw the stars for the first time. Using the people’s astonishment, the Chitauri said the following:

“From now on the people of Earth have to believe that God is in Heaven and they have to do things on this Earth to please the God who is in Heaven.”

At first, humans believed that God lived on Earth, because everything grew from it. However, humanity now believes that a kingdom inhabits the heavens .

The belief that our God inhabited an underground kingdom is thousands of years old and was in fact believed to be a woman. That is why she was called “The Cosmic Mother.”

A fascinating legend that keeps many similes with other ancient stories in different civilizations, especially with that of the Anunnaki in ancient Sumeria.

It even bears certain similarities with the Bible, such as the introduction of language as an object of division between the races. So … the reptilians continue to rule our world?