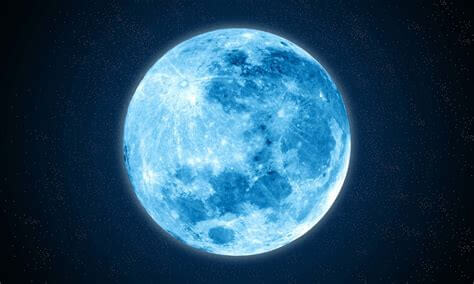 We all have questions, but not all of them have a perfect answer. When it comes to asking about space, then the only question gives a chill is that what will happen on Earth if the Moon disappears. Will we all die? Will life disappear from Earth? The Internet is full of such questions, but here, we will discuss all the parameters and their effect on Earth if our only natural satellite disappears for forever, or what would be life on Earth-like if it never existed.

The most immediate effect that we all will notice when the moon disappears is that the nights will be completely dark, the moon phases will disappear, and each night will be covered by blank darkness. In the astronomical plan of observations, this is not so bad since it will be possible to enjoy the stars, the Milky Way and other wonders of the cosmos without unnecessary interference.

Of course, the disappearance of the Moon will be shocking for romantic couples who use the moon in their beautiful poetries. But, the major changes of the Moon disappearance will be visible in the formation of tides. Yes, tides formation happens because of the moon’s gravity.

No Moon No High Tides

Our planet has 70% of its surface covered with liquid water in the form of seas and oceans. The Moon exerts a force of gravitational attraction on the liquid crust, deforming it and causing cyclic vibrations associated with the rotation of the Earth. True, the gravitational attraction of the Sun also causes deformation of the Earth’s oceans, but the influence of the star is about half of that, so the tides will look like a gentle wave.

As a result of the disappearance of lunar tides, ocean currents weaken, and the waters will stagnate. Thus, the entire system of global water mixing will turn off with the disappearance of the moon. Ocean water tends to redistribute to the poles, as well as raise sea levels on the coasts, but without the Moon, everything will stop and as a result, a sharp change in the Earth’s climate will occur.

There will be a change in Earth’s rotation

This will provoke climate change on a global scale and can lead to summer with temperatures exceeding 100 degrees, and winter with temperatures 80 degrees below 0. In the most extreme case, the axis of rotation of the Earth can be aligned directly with the Sun. But this will expose some regions of the planet under constant sunlight, while others will leave in constant darkness.

Giant temperature differences between one half of the planet and the other will cause super winds at a speed of more than 300 kilometers per hour, triggering other dramatic weather phenomena. Well, the one who placed a natural satellite in the Earth’s orbit would be the great scientist

Many Species And Plants Will Die

If the Moon disappears, this will certainly turn life on Earth. The most immediate effect will again be the disappearance of sunlight reflected by the Moon. Such a loss will change the biological rhythms of animals and plants, which have adapted and evolved with the cyclic presence of moonlight. Many species will need to suddenly adapt to the complete darkness of moonless nights, including humans.

The abrupt and global climatic changes caused by the disappearance of tides and destabilization of the Earth’s rotation axis will lead to the most terrible consequences for earthly life. The life rhythms of all species of animals and plants will be changed by these climatic disturbances: migrations, heat time, hibernation, etc.

Plant growth will also be affected by extreme temperature changes. Many species will not be able to adapt, which will lead to the mass extinction of flora and fauna. In the most extreme case, as noted earlier, the axis of the Earth’s rotation will eventually rotate on the Sun.

However, under such conditions, life on Earth will become impossible in either of the two hemispheres, showing viability only at the equator.

What If The Earth Never Had A Moon?

To analyze this assumption well, let’s first see how the Moon was formed around primitive Earth.

The Moon itself was formed from the strong impact on Gaia (the early earth) of a body the size of Mars, known to us as Theia. A huge blow knocked out a part of the Earth, which at that time was a ball of magma, and placed the torn part into the Earth’s orbit.

The Earth-Moon system created by the collision began to exert mutual gravitational attraction. This attraction has caused – and continues to cause – the dissipation of a huge amount of energy due to friction of the oceans with the seabed during ebbs and flows. Due to the mutual influence, the Earth’s rotation speed slowed down from about 6 hours, which lasted the first day of the Earth without the Moon, to the current 24 hours.

As for now, the moon continues to slow down the rotation of the earth at a speed of 1.5 milliseconds every 100 years. To compensate for this decrease in the Earth’s rotation speed, the energy of lunar rotation should increase, which leads to its gradual removal from the Earth at a speed of about 3.82 centimeters every year.

We do not know the exact distance at which the Moon was near the Earth at the time of formation, but there was a much smaller distance than the current 384,400 kilometers. So, our satellite could be seen in the sky about 10 or 20 times larger than today.

Such proximity has produced tides that can affect Earth’s magma and provide additional energy for heating the radioactive elements present on primitive Earth. Intense tides were very important for mixing the waters of the seas and oceans. The process of “agitation” accelerated and made possible the emergence and evolution of life about 3,800 billion years ago.

But, according to some alien hunters, the Moon was actually brought to us by the highly advanced civilization which they created on Jupiter.

How Would Life Evolve If There Was No Moon?

Now that we know how the Moon was formed and how it influenced the primitive Earth, what if Theia’s object would never hit the Earth? How would life on Earth evolve without the Moon?

We have already realized that the effects of gravitational tides between the Moon and the Earth slowed down the speed of rotation of the Earth from the initial 6 hours to the current 24 hours. But if the Moon had never been formed, the only tidal effects would be provided by the Sun. However, they are much weaker, and the rotation of the Earth would now be 8 hours.

The greater the speed of rotation of the planet is, the more winds dominate it. Thus, at 8 hours, a typical wind on Earth would reach 160-200 kilometers per hour. In addition, the tides caused only by the Sun would not provide the necessary mixing for the development of life in the primeval oceans. Undoubtedly, the evolution of earthly life would most likely take place anyway, but it would take a dozen hundred million years more.

Without the Moon, the inclination of the axis of rotation of the Earth would not be stable, which would lead to temperature extremes and climate change. Moreover, if the Moon did not appear with its important virtues, complex life forms would probably never have arisen on Earth.

But if in spite of everything, a complex and intelligent life appeared on a hypothetical Earth without the Moon, everything would be completely different. There would be, for example, no calendars based on the lunar phases, which helped us develop agriculture, hunting, and biological cycles. But just this fact helped us build our civilization.

Technology and science on Earth without the Moon would also be completely different. By studying the lunar phases, the Earth-Moon distance can be determined; distance from the Earth to the Sun; the sizes and distances of other bodies of the solar system, and indeed the universe itself.

Fortunately for us, Theia hit the Earth at the right time and formed our satellite, and it is very unlikely that it will suddenly disappear. However, we know that there are many planets orbiting other stars devoid of the Moon, with conditions and, possibly, a life that will seem strange and exotic to us.

What Is The Future Of Our Moon?

Today we know that after about 5 billion years, when the Sun will be in the last phase of life (now this star is in the middle of its life) and will become a giant red star, the Moon will slow down and return to Earth. The reason will be the friction of our satellite with the external atmosphere of the monstrously swollen Sun, on the border of which the Moon will be.

But this is not the end. Of course, we will cease to enjoy the beautiful moon phases forever, but a ring of millions of fragments of our dead satellite will shine in nights and earthly days if by then there will still be a living creature that could enjoy the wonderful views in the sky.