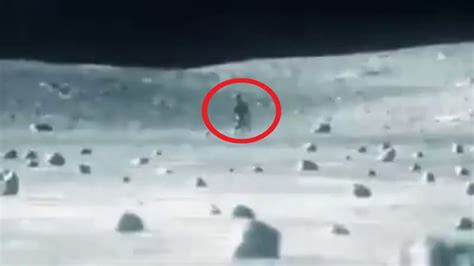 There are a lot of various rumors, versions, and theories about the Apollo 11 mission. So, some people believe that the Americans have never landed on the surface of the Moon, and all photos and videos are fake. Others believe that the Apollo 11 astronauts actually visited the Moon. But ufologists say that the Americans found evidence of extraterrestrial civilizations on the moon and observed UFOs, but decided to not to disclose this information.

NASA officials either denied any information about UFOs on the Moon, or simply refused to comment on such statements, but evidence has recently been published that Apollo 11 astronauts had witnessed a mysterious phenomenon while their trip to the moon. It took seven years to digitize old files, and now they are available here.

The published data has already been analyzed by a lot of people who learned about a certain object flying over the Apollo 11 spacecraft. So, maybe there really is an alien base on the moon, and people were simply forbidden to research our satellite.

In the audio files, one can feel the alarm of the astronauts when they talked about a radiant object that had an oblong shape. The speed of the unidentified object was very significant, and the object itself left the orbit of the moon, which can be understood from these records. Why did the Americans hesitate to talk about it?

It is worth noting that these records are official, and astronauts reported everything they saw to the Houston center staff, as ufologists had already said, but then these documents were not on the site. If you listen to the fourth audio file, it talks about the approach of an unidentified object to the spaceship, and the astronauts asked for advice on how to behave in that situation. Then it says that the object flew off at tremendous speed.

Neil Armstrong was one of the three astronauts in Apollo 11 mission, and after a while, he began to talk about the fact that there may be aliens and alien bases on the moon. Why make such statements if he has already been on the moon? This sounds really strange! Even after a huge amount of time, it is not clear enough what exactly astronauts managed to see on our satellite. But I want to believe that we are not alone in the universe.