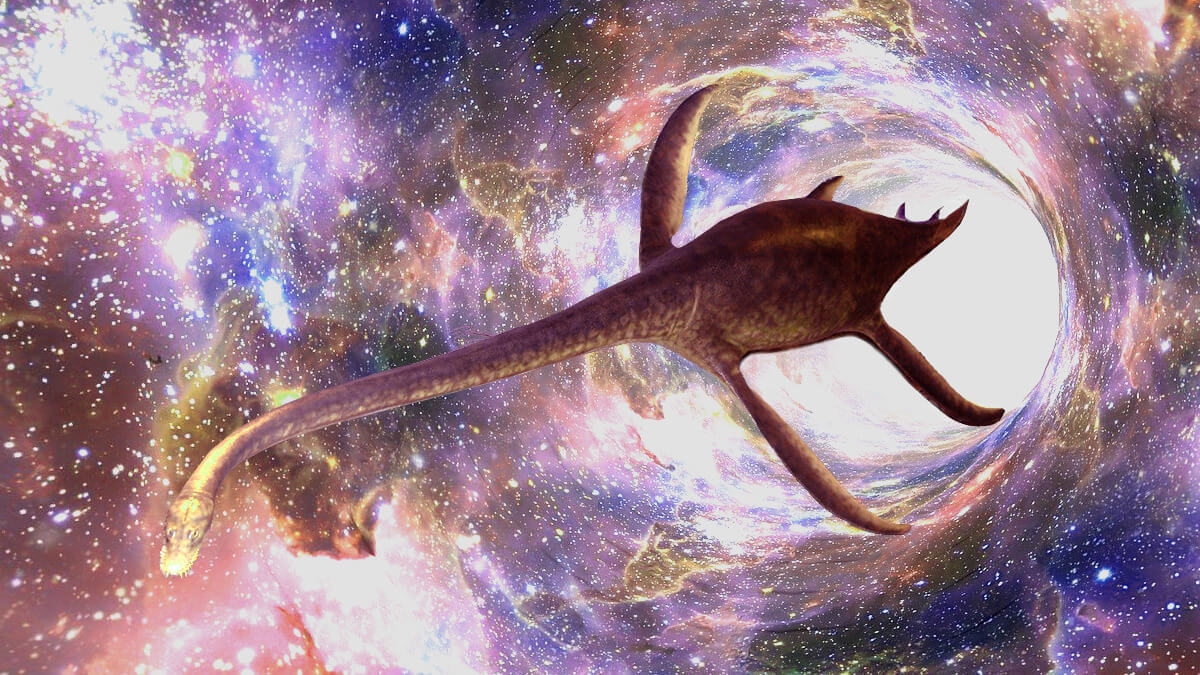 Wormholes could be real, and humans could travel through them, as shared by mainstream Popular Mechanics recently. At the same time, mainstream news is regularly reporting on UFO phenomena.

It seems like a paradigm shift is happening for people who have long been interested in UFOs and the unexplained.

What are the implications when these subjects, long derided and ridiculed by skeptics, are now mainstream news? It seems like virtually anything is possible now, despite constant skeptics, cynics, and naysayers.

After a year of hiding from a pandemic, that’s a welcome feeling. Perhaps, we can emerge into a new year of possibilities, heralded by the appearance of monoliths worldwide.

For example, consider what it truly means if traversable wormholes are real with your imagination.

Opening Up a Can of Wormholes

For years, mainstream scientists have suggested that if wormholes are possible, they would be impossible or fatal to enter.

In 2015, physicists from Spain created a wormhole tunneling magnetic fields. Unlike an Einstein-Rosen bridge through spacetime, it was a realization of a futuristic “invisibility cloak,” reported Scientific American.

By 2019, The New York Times reported that scientists from China proposed a way to test if gravity could travel by wormholes. By studying black holes and compact stars near them, they hoped to find signs gravity was leaking through, tugging objects on the far side of a wormhole.

Theorists had suggested one way would be to “fill the wormhole with an exotic form of matter that has negative mass.” However, such matter, as far as we know, hasn’t been found. Instead, the researchers suggested, “a wormhole that forms in five-dimensional spacetime also known as the Randall-Sundrum model.”

So long as the wormhole remained clear of stray particles, people could theoretically go in them.

“If particles that fall into the wormhole scatter and lose energy, then they would accumulate inside, contributing some positive energy that would eventually make the wormhole collapse back into a black hole.”

In other words, you go first because any dust could collapse the whole thing. If you survived the trip, you could cross the galaxy in less than a second. On the other hand, thousands of years would be by for those you left behind, extreme time dilation.

Falling Down the Wormhole

Although we now can say that wormholes are possible, we don’t yet know how to generate one. Therefore, we don’t know how it would affect people or objects if they went through. Perhaps there is a way to control time dilation that remains undiscovered?

For example, in 1895, Nikola Tesla claimed to have witnessed the past, present, and future with a time machine. By manipulating magnetic fields, he claimed he could alter time and space.

All the time, scientists are learning more about magnetic fields. For example, researchers from Italy have learned how to create and cancel magnetic fields from afar. So far, the process requires using a special arrangement of wires and electric current. But, perhaps one day they will find out how to manipulate magnetic fields remotely in space? Then, maybe they could discover how to generate a wormhole.

If wormholes allow beings from thousands of years in the past to emerge into the present, what would we see? Perhaps, we might see a plesiosaur swimming in Loch Ness, for example? That’s precisely what Giorgio Tsoukalos suggested in his 2014 In Search of Aliens series.

Tsoukalos spoke with Dr. John Brandenburg, Professor of Physics at Madison College, about the Loch Ness. Due to high levels of quartz and the deep tunnel-like structure of the lake, perhaps it could open a wormhole?

“You have enormous electromagnetic fields being generated. That means we can create, perhaps, a traversable wormhole,” said Brandenburg.

Brandenburg suggests something like the Casimir effect may be taking place in the water channel, stabilizing a wormhole through a locally mass-negative region of spacetime.

Plesiosaur Sightings Across the Globe

If the unique Loch could open a porthole, would it allow ancient creatures or UFOs to emerge from a different time or galaxy?

Would that explain why people keep seeing a dinosaur swimming in the murky waters? Across the ocean in Lake Champlain, people see Champ, another plesiosaur-like creature. The Abenaki and the Iroquois in the area have long told stories about the serpent-like creature.

The Abenaki name it the Gitaskog. When Europeans arrived, sightings continued until modern times. In 1977, Sandra Mansi took a photo of Champ, which looks unmistakably like a plesiosaur. In the series, Tsoukalos learns the photo is confirmed real. However,  others say it was merely a photo of driftwood. (See for yourself below)

On the show, they asked if perhaps Lake Champlain could be connected deep under the ocean to Loch Ness. In the ancient past, the landmasses were closer together, but now, perhaps a tunnel connected the lakes, allowing sightings of the same creatures.

Perhaps the animals remain elusive because they exist only momentarily, like a snapshot into the ancient past.

Wormholes Connections to Other Phenomena

If we put aside skepticism for a moment, could similar anomalous zones and bizarre sightings be connected to transient wormholes? Perhaps they are only possible under certain circumstances, such as where energy fields are channeled in a particular way?

Or, is it possible such locations are more common than we know?

If so, could we apply that concept to boat and airplane disappearances in the Bermuda Triangle? Could other mysterious sightings of UFOs and alien creatures be connected to wormholes? For that matter, could it explain the sightings of apparitions also?

What other places on the planet might there be areas where energy fields could open wormholes?

Perhaps, the ancient pyramids of Egypt? Like the Loch, the pyramid and many ancient standing stones have high levels of quartz due to the use of stone like granite, which can be up to 60% quartz. Were such locations portholes as many Ancient Astronaut theorists and the Outlander series suggest? It’s outlandish to consider, but also not impossible.

Reports of time dilation and inter-dimensional gateways have been reported in various human-made structures like the Woolwich Foot Tunnel Anomaly in London. Meanwhile, in declassified FBI documents, stories about interdimensional humanoid beings traveling at will to Earth are found.

Now that the mainstream acknowledges UFOs are real and wormholes are indeed possible, it affects how we see all these stories. Although it’s healthy to remain skeptical, it seems like the mainstream could be entering a new realm of possibilities.