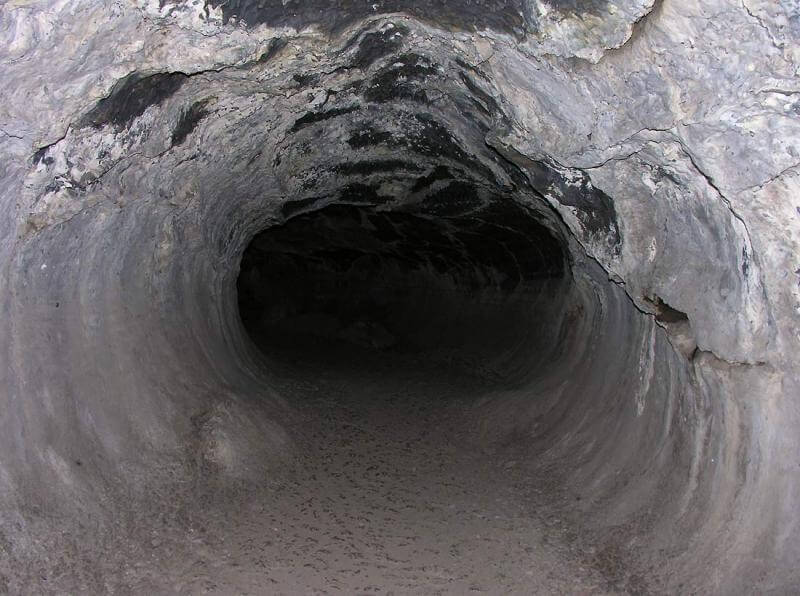 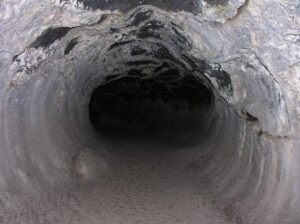 Lava tubes on Mars could provide shelter for astronauts, according to a new study. Earlier studies have suggested the same could apply to the Moon.

Astronauts may arrive on Mars sooner than we think, with missions beginning in the 2030s. However, human survival would be impossible without shelter from cosmic radiation. Unlike Earth, Mars has no atmosphere to protect life.

In areas where the ground has caved in, scientists have seen expansive structures that could serve as “ready-built” homes, reported BGR.

Enormous Lava Tubes on Mars and the Moon

There is evidence of enormous lava tubes near Mar’s surface up to 1,000 times wider than lava tubes on Earth. In some cases, the tubes could be longer than 25 miles, reported CNN in 2019. Here on Earth, similar structures range from 33 to 98 feet in diameter. They can be found in Hawaii, Australia, Iceland, and the Canary Islands.

Furthermore, the Moon may have lunar caves that reach one kilometer in diameter. To give you some idea, this would be large enough to hold the tallest buildings on Earth. A study coauthor that year suggested all of Padua, Italy’s city center, could fit inside a lava tube on the Moon.

Moreover, the study authors suggested astronauts could access lunar lava tubes and that they might hold water ice reservoirs.

Scientists discovered the lava tubes after spotting “skylights,” holes that revealed the caverns beneath. In the distant past, asteroid impacts created the skylights, revealing the recesses beneath.

Unlike on Earth, low gravity conditions may prevent the huge caves from collapsing. Since the tubes provide shelter from micrometeorites and Radiation, they could serve as niches for hosting life.

Since 2012, the European Space Agency’s CAVES and Pangaea programs have trained astronauts how to explore underground caves safely.

See more about how these lava tubes form from NASA:

Martian Caves Could Block 80% of Radiation

In recent years, Paris and the researchers studied analogous lava tubes on Earth in Mojave, CA, El Malpais, NM, and Flagstaff, AZ. After taking radiation measurements inside and outside the tubes, they compared the findings to what is known about Mars.

“It’s not a perfect comparison since we don’t know the exact properties of the lava tubes on Mars, but the researchers suggest that Martian caves could block over 80% of the radiation coming down from space,” reported BGR.

Although radiation would remain higher than on Earth, it could make long-term missions possible.

The Hellas Planitia on Mars

As part of the recent study, Antonio Paris and the other researchers chose to focus on the Hellas Planitia in Mars’ southern hemisphere.

Its name translates to “Greek plain.” NASA notes the area is “one of the largest impact craters in the solar system.”

Recently, scientists found evidence of an ancient river system in the area. In 2017, the Mars Reconnaissance Orbiter found strange “squiggles” on the surface, possibly the “result of this dry ice breaking apart into blocks.”

“The crater inside Hellas has been filled with material, which may be related to volcanic activity on the basin’s northwestern rim. It also might be related to the presence of water and water ice. However, there is evidence elsewhere that the ground here is rich with ice,” states the NASA website.

At the Hellas Planitia, there is less cosmic and solar radiation, reports Popular Mechanics.

Paris believes the site may be ideal for astronauts to seek shelter. Also, he says the lava tubes would be an ideal spot to search for any signs of ancient microbial life.

Today, NASA’s Perseverance Rover is exploring the Jezero Crater, north of the Martian equator. So, it won’t be exploring the Hellas Planitia, unfortunately. In the meantime, Paris is hoping to travel to the Moon.

As an interesting (and bizarre) sidenote, recently, former Israeli space security chief Haim Eshed stated there has long been “a secret underground base on Mars, where there are American and alien representatives.” Notably, Eshed was head of Israel’s space program for nearly 30 years and is a three-time recipient of the Israel Security Award.

So, who knows what might be down there in the lava tubes on Mars and the Moon?