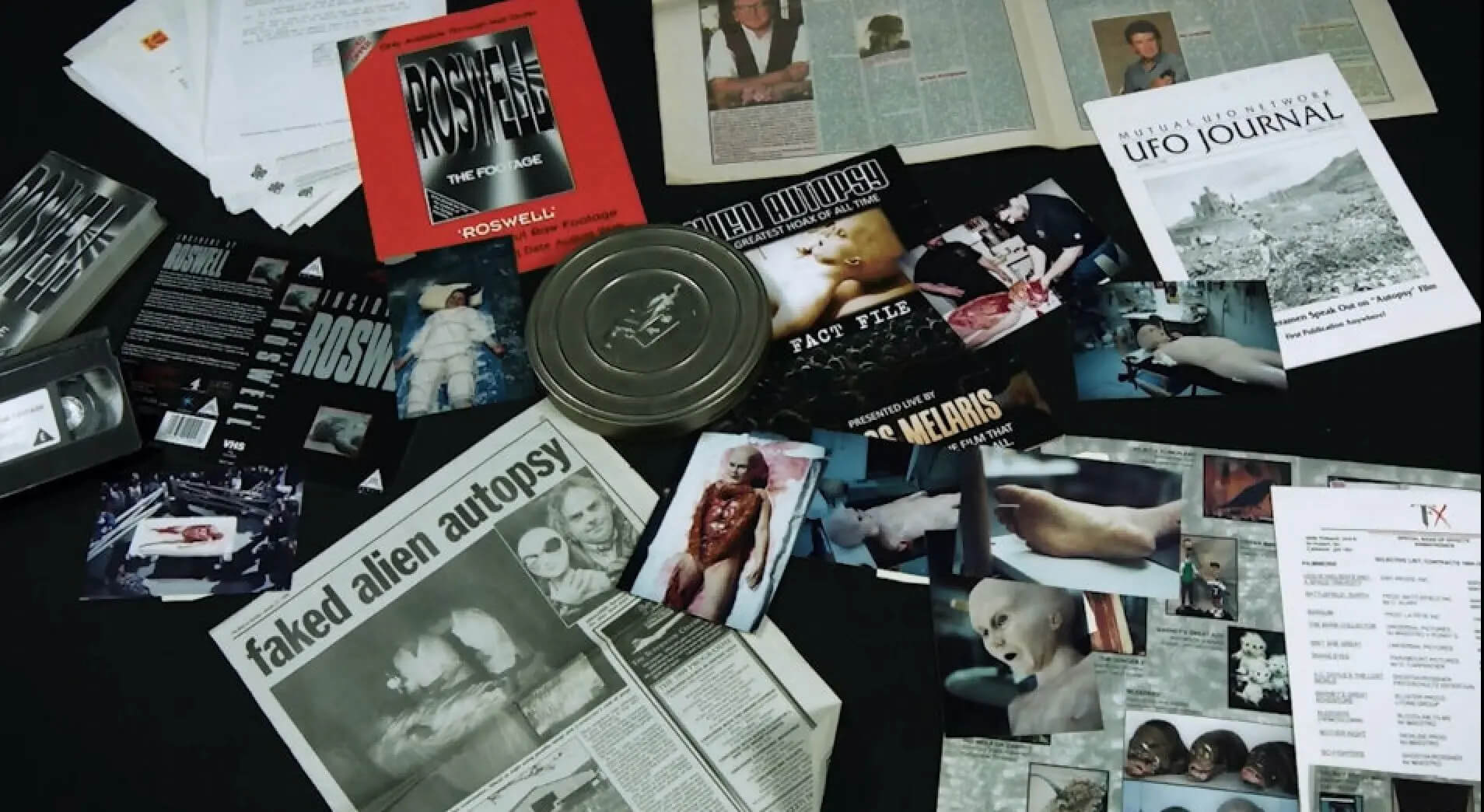 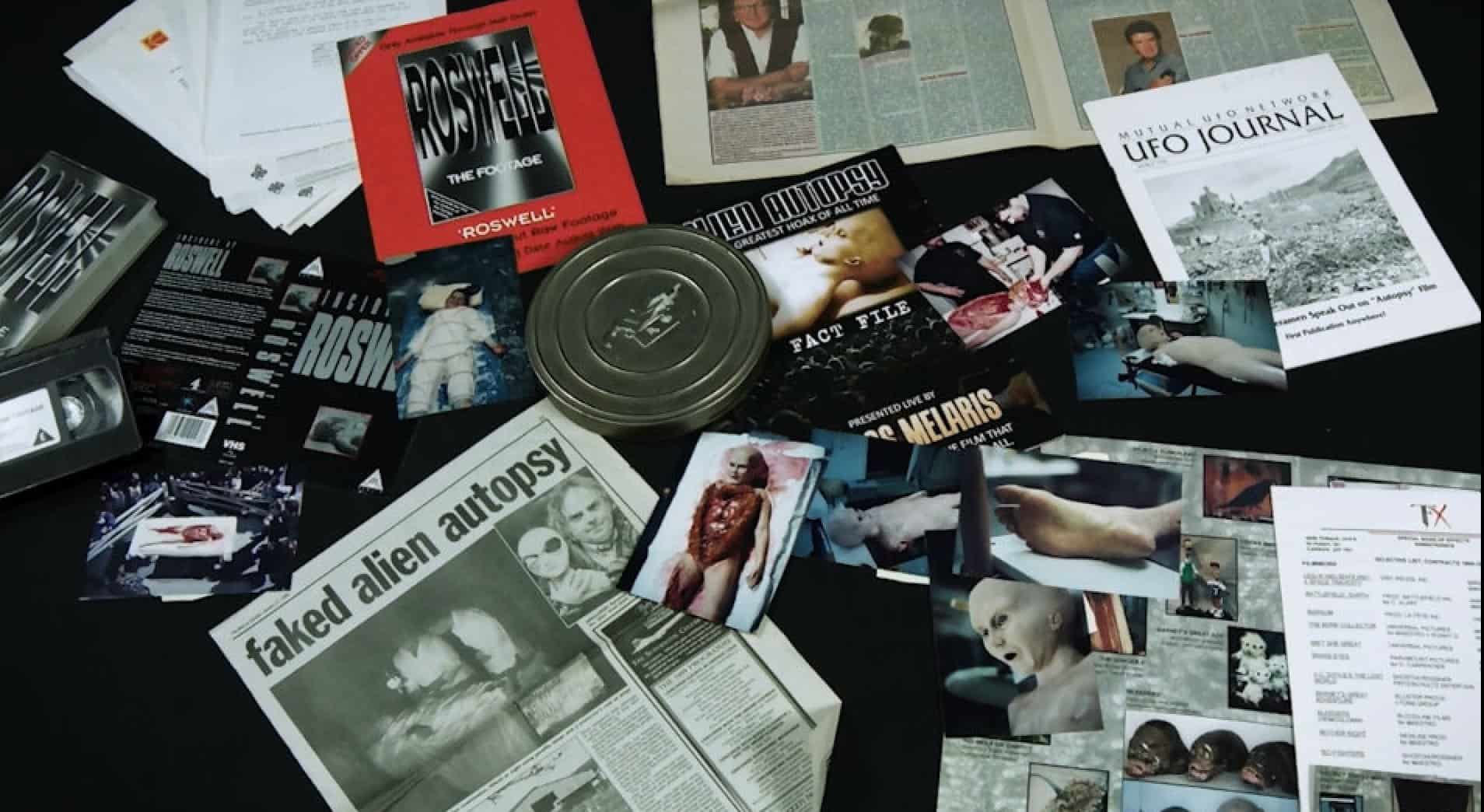 The alien autopsy film, which captured the imagination of both the UFO-believing and non-believing public in 1995, was a hoax.

Right now, I can imagine plenty of moans and groans coming from people who refuse to believe the autopsy was a hoax.

There is a comical aspect to all this.

Despite continued verification from the man closest to it’s investigation that it was a hoax, there are plenty of people still willing to argue the alien autopsy was real.

UFO researcher and publisher Philip Mantle was as privy as anyone to what really happened during the 1995 alien autopsy era.

Mantle “left no stone unturned” in getting to the trut

He followed this amazing saga from the moment it began and well before it “blew up” as a story in 1995.

Mantle had developed somewhat of a relationship of trust with the film’s promoter, Ray Santilli.

But this was built up over time. Mantle always had an inkling something wasn’t quite right.

Philip Mantle again in November of 2020 on this issue.

He was excited about the four-part documentary that was being put together on the alien autopsy film.

Mantle recently updated his best selling book, Roswell Alien Autopsy – The Truth Behind The Film That Shocked The World.

The book was first released in 2017 but with more information coming to light, Mantle decided it needed to be brought up to date.

Last year, he completed the four-part documentary Alien Autopsy – The Search For Answers – based on his book. He hopes it would finally bury this topic.

The A+E TV channel BLAZE will be kicking off its ufo week on March 22nd. Alien Autopsy will be free to watch on BLAZE during the week.

The first episode will be aired on March 25th.

I recorded an exclusive interview with Philip Mantle last year dedicated to the alien autopsy film.

At the time, Mantle had got to the point where he was completely fed up talking about it.

He simply wanted to go on record for the final time and declare the alien autopsy was a hoax. This is what he told me:

I have been involved with this film since before 1993 and have had enough. It got to a stage where I pledged I’ll not get involved in discussing it again if I can avoid doing so. I actually feel sorry for those misinformed people out there who want to believe that the alien autopsy film is authentic. Some believe the story was even conceived by the CIA.

Mantle was the press officer for the British UFO Research Association (BUFORA) back in the early 1990s.

They had just received a letter from a company who asked if they could assist them in making a UFO documentary.

As it turned out, Ray Santilli was involved.

And the infamous alien autopsy film began what was quite possibly, the most explosive ufo story of all time.

No other story mesmerized the world for as long as the alien autopsy did.

Mantle’s interest was piqued when Santilli told him he had film of the Roswell crash with aliens being dissected.

This is his initial conversation with Santilli.

“So naturally I said, ‘show me – if you claim to have this film, then show me’.”

“And then the conversation kind of went, ‘yes, I can…no I can’t’. He flip-flopped and gave me a whole host of reasons why he couldn’t”.

“I met Ray Santilli later that year in London. He told me how he met a freelance cameraman from whom he bought a piece of out of copyright Elvis film. And he paid cash for it”.

“This gentleman said to him, ‘well if you liked that, you ought to know I was a militia cameraman. And back in 1947, I filmed the UFO crash at Roswell and I still have some of the film’.”

“Ray Santilli claimed he took an internal flight, went to this gentleman’s house, viewed the film, checked its authenticity and agreed to a deal there and then”.

“Part of the deal was of course, he wouldn’t release the gentleman’s identity and he would again pay cash”.

“So again, I challenged him to show me. And again it went back and forth. So in the end I said, ‘I just don’t believe you’.”

“Now, moving forward in time to 1995, I was sent a review copy of a newly released movie called Roswell”.

“It had nothing to do with Ray Santilli but I thought – ‘I wonder if that Santilli chap still claims to have this Roswell film’.”

“So I picked up the telephone and rang him. He said, ‘yes, I do Philip but you don’t believe me’. I responded with, ‘I can’t believe you until you show me’.”

Did The Alien Autopsy Film Hurt The UFO Believing Cause?

This was a valid question. The UFO topic was still considered “tin foil hat” fodder, even in the 1990s and any negative publicity from the alien autopsy film could set it back decades.

But according to Mantle, the opposite happened.

There was sudden interest in all things UFO; the X-Files was the biggest television series in the world at the time and Fox, with Jonathan Frakes up front, was looking at expanding on their initial documentary of the incident.

What the alien autopsy did was propel the UFO topic into the mainstream and a quarter of a century later, it’s seems to have become a topic much closer to the normalized end of the scale, than “tin foil hat” territory.

But, for those who still want to believe a piece of film showing an alien being dissected on an operating table, then know it’s a fake.

Philip Mantle reiterates this in our interview. He covers everything from how he met Ray Santilli to the copycats who followed after the film was released.