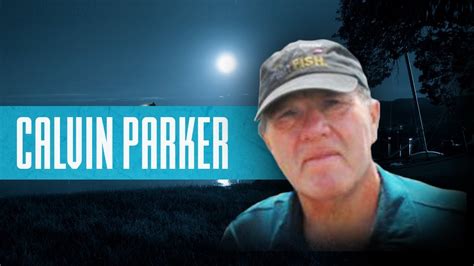 I have received word that Calvin Parker, one half of the Hickson-Parker abduction story has some serious health issues. Philip Mantle, who published Calvin’s books wrote, “My friend and colleague Calvin Parker in the USA hasn’t been well for a year or two now. After a number of medical tests his doctors have decided that he has to undergo surgery, possibly next week. I’ll not go into specifics but will say that he has a very serious medical problem the cost and the cost of constant hospital visits, tests and now an operation is simply beyond his means.”

As those of you who visit here often know, I’m not a fan of alien abduction stories. I believe there are terrestrial explanations for most of them running from poor interview technique, to psychological issues to outright hoaxes. There are few cases that I find intriguing and that don’t seem to fit that pattern. These are usually single events that take place outside in what I would consider targets of opportunity. The Hickson-Parker abduction fits into that pattern. Two guys, outside, when the abduction took place.

I met Charles Hickson many years ago at a UFO convention. His story was virtually the same as always with little in the way of corroborative detail. The big plus was that the local sheriff, after the abduction, left Hickson and Parker alone in an interrogation room with a recorder running. They said nothing to one another that would suggest hoax.

It was only in recent years that Calvin told his side of the story. I interviewed him twice for the radio version of A Different Perspective. I really didn’t detect anything that would suggest hoax. I just don’t believe that he is sophisticated enough to construct an elaborate hoax. Maybe a better way to say it is that there seemed to be no motive for it and his wasn’t the sort of character that would agree to do something like that.

You can listen to the two interviews I did with him by scrolling through the interview lists on the audio player to the left. You can decide for yourself. But I will note that others have been located that saw something strange that night and have been interviewed about those experiences. They tend to corroborate the story being told by Calvin today.

For those interested in supplying some financial assistance to Calvin, there is a Go Fund Me page. You can access the page here:

Normally I wouldn’t do anything like this, but then Calvin was kind enough to appear on the radio version of the blog twice and share his tales. Too often, those of us who do these sorts of interviews seem to forget about the guests when the show ends. I just thought Calvin deserved a little help with what will probably be monstrous medical bills.

Philip said that he would keep us all apprised of the outcome of the necessary surgery and I’ll post information here. Given that, I thought it only fair to repay his kindness with a note about his health and his needs. Help if you can and if you want to

Kevin: Thank you very much for posting this message on behalf of Calvin Parker. Regardless of what anyone believes about Calvin’s abduction experience, he is in need of expensive medical treatment right now and could use our assistance — either a monetary contribution in any amount you can spare and/or your prayers — either or both would be greatly appreciated.

Thank you so much for your generosity!