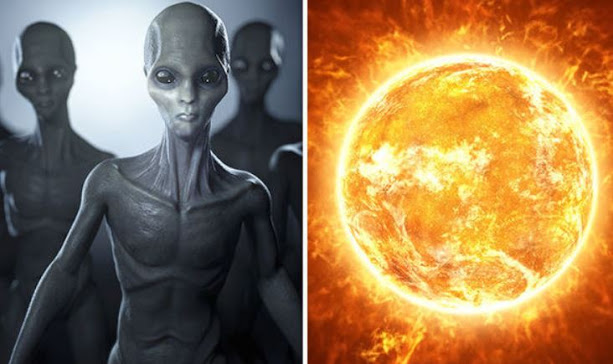 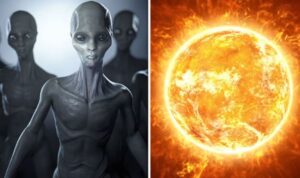 Nassim Haramein, a Swiss scientist globally known for his controversial theories has put forward a theory that includes aliens, our Sun and interstellar travel. According to him, alien ships are using the Sun as a portal, traveling to various places in the universe.

Several videos of what appear to be alien space ships heading towards and eventually in to the Sun have surfaced and gained notoriety.

Based on this, Haramein concluded that the ships are using the Sun as some sort of Stargate or portal connecting our solar system with other points in our galaxy or even beyond it.

The researcher said that he believed the black spots visible on our Sun’s surface are actually black holes of various sizes. Under certain conditions these black holes form vortices or wormholes. Once these intergalactic passageways open up, they can take weeks or even months to close.

They are generated and sustained by the energy of the black holes, the Hawking radiation that emanates in the region of the event horizon. According to Haramein, every planet possesses such a black hole and once a state of equilibrium is reached, the black holes become stable enough to travel through.

In his opinion, any civilization sufficiently advanced to harness this power could theoretically explore the universe with minimum expenses. Even our planet possesses such a black hole and it is located in its center.

Since volcanoes spew out magma from our planet’s molten mantle, they can be used to access the Earth’s core. The black hole found at the core of our world is what gives it the energy life needs to flourish. Haramein believes this is the reason why so many UFOs were filmed diving down volcanoes.

His theory is quite shocking and has not been proved but it brings up one interesting point. As we remember, many ancient civilizations worshiped the Sun and are believed to have been in contact with the Sun Gods.

These civilizations have inscribed the walls of their temples with scenes showing the gods coming from or through the Sun.

Sun worship and solar deities were not uncommon in ancient times; this practice is called heliolatry. Many legends and beliefs are centered around this veneration.

One of the most interesting variants was attributed to solar eclipses, with virtually all cultures believing the Sun was being consumed by malevolent beings or evil gods.

Ancient Egypt was home to the Neolithic concept of the solar boat, symbolized by the gods Ra and Horus. To the Egyptians, the Sun was both a god and a vehicle.

Sun deities capable of travelling between the stars exist in all mythologies. We have the god Sol (Sunna) in Norse mythology.

The Greeks worshiped Helios and the Mesopotamian god Shamash played an important role during the Bronze Age. South American cultures developed a similar cult of the Sun, based on ritualistic sacrifice.