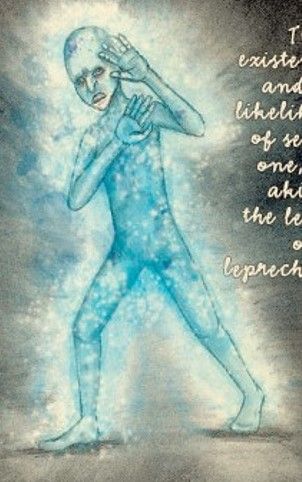 This planet still holds many mysteries, some that reach back to the dark, distant past and survive in the present as legends and folklore. Cultures around the world tell of beings that live inside the earth. Are they real or myth? Zephanaiah believes he actually encountered these beings on the island of Samoa, where he lives. This is Zephanaiah’s story.

I am a firm believer that the Pacific holds the keys to many of the earth’s still unsolved mysteries, ranging from the spiritual to the scientific. The Pacific should be explored. Many times I have read about beings from the “inner earth” or “hollow earth.” What if I were to tell you that an entrance into the hollow earth can be found right here on the various islands of Samoa?

Growing up here, we are told stories of two different types of beings, aitu and sauai.
The aitu, or spiritual beings, are not typical ghosts. Some have been omens for good or bad. Some are sent to harm people, like a poltergeist would. Some have even been known to kill people who try to tamper with Mother Nature. They range in form from floating beings to tall shadow people.

The sauai, or ghoul/monster, were exactly those — monsters. These were things that mere words could not explain. They either flew, walked through walls, were a couple of stories tall (giants) or even dwarfs. The sauai had one purpose: to feed and cause havoc.
On Savai’i, the biggest Island of the Samoa Island Chain, our ancestors talked of the very gate or doorway to Hell being located on one of its coasts. The doorway was called Pulotu. These are where the restless souls of our ancestors and all the ancestors of Polynesia seek rest and refuge.

The cave:
I was about 13 or 14 when my cousins and I stumbled into a cave many of us had only heard of off the cliff of a village called Pagai. Our grandparents always warned us about the cave and not to venture in to it. Only those who are from within are allowed to go in. If you are not one of them, you will not live to make it back out, we were told.

My cousins and I were night fishing when we came across this cave. Inside the cave was a strange neon blueish-green glow, like street racing lights. There was also this strange essence and scent, like someone was cooking and was caught by surprise. We were so excited. “Shall we go in?” my cousin asked.
His twin brother said, “No! Are you nuts? We don’t know what could be in there.”

I agreed with him. We were all the same age and if someone or something had attacked us, we were too young to fight off our attacker. So we all continued on the path to the reef.

As we got about 30 or 40 feet away, we could see a bluish-green figure leap out of the cave and into the water. This being had fins for feet and webbed hands. Its head was humanoid-like. We couldn’t make out a face because of the distance, but its eyes we would never forget. They were glowing bluish-green light. As it entered the water, we could follow how deep, how fast and where it was going. It traveled like a very big fish. It was gone just as soon as it hit the water.

We were all shocked by the speed it had under the water. It went from five or six feet deep water to 50 to 80 feet deep water in seconds. We could no longer see the lights from its eyes, so we headed back home.
That was crazy! What was that? We all talked about what we had seen. We were shocked and excited. Little did we know we were also being followed.

Our gas lantern was beginning to run out of gas and we were 30 yards from home. My cousin said, “Who keeps shining the flash light behind us?”

His twin and I were about to answer him when we noticed about 15 feet away from us in the water, the lights returned and were following us. We all stopped to see what it would do. It stopped. We moved, it moved. We all decided to run on the count of three. 1… 2… 3 — and we all darted and didn’t look back. All we could remember was the sound of something leaping out of the water and into an old foxhole from WWII, and a screech that sounded like a bat, except 100 times louder.

Out of breath, we all ran to our grandparents’ house. We were all gasping for air when our grandmother asked us what had happened.

When we had told her what we had seen and where we had been, she was enraged. Then she calmed down and had a sense of concern as she spoke.
“Sons, that is what we were talking about,” she said. “You see, if you are not one of them, you might not make it alive. They have been underground for so long. They come out at night to hunt for food and return before the day breaks. They live deep in the cave you saw. They have a little city where they dwell. They do not take kindly to humans.

‘When your grandfather and I were young, a group of us followed one of them into the cave. It looked like a shark had taken a bite out of it. Its blood was blue. It spoke a language none of us understood, let alone ever heard before. Its voice sounded like a bat in flight. We followed the blood trail about 200 to 300 yards when we came to a city.

It was beautiful. They were everywhere. As soon as they could smell us, they made the cave fill with ocean water. We hurried out of there and none of us have been there since. Sons, do not go there again. Do you understand?’.

‘Yes, grandma’. we agreed.
Whenever we go into the mountains to get bananas or firewood, once in a while we would come across a campsite with seashells and bones. We would look at each other and say, ‘They were here’

Blue Being of Samoa – Unique Polynesian merfolk, these bizarre aquatic beings resemble blue, glowing humanoids with webbed hands and fins for feet, and are usually found in sea-caves and secluded cavernous lagoons in their namesake Oceanian region. According to local folklore, they were once humans who spent so long underground that they physically changed, and now only emerge from their isolated dens at night, occasionally leaving campsites adorned with seashells and bones on beaches.
Another amazing story, Thanks, Nancy Thames