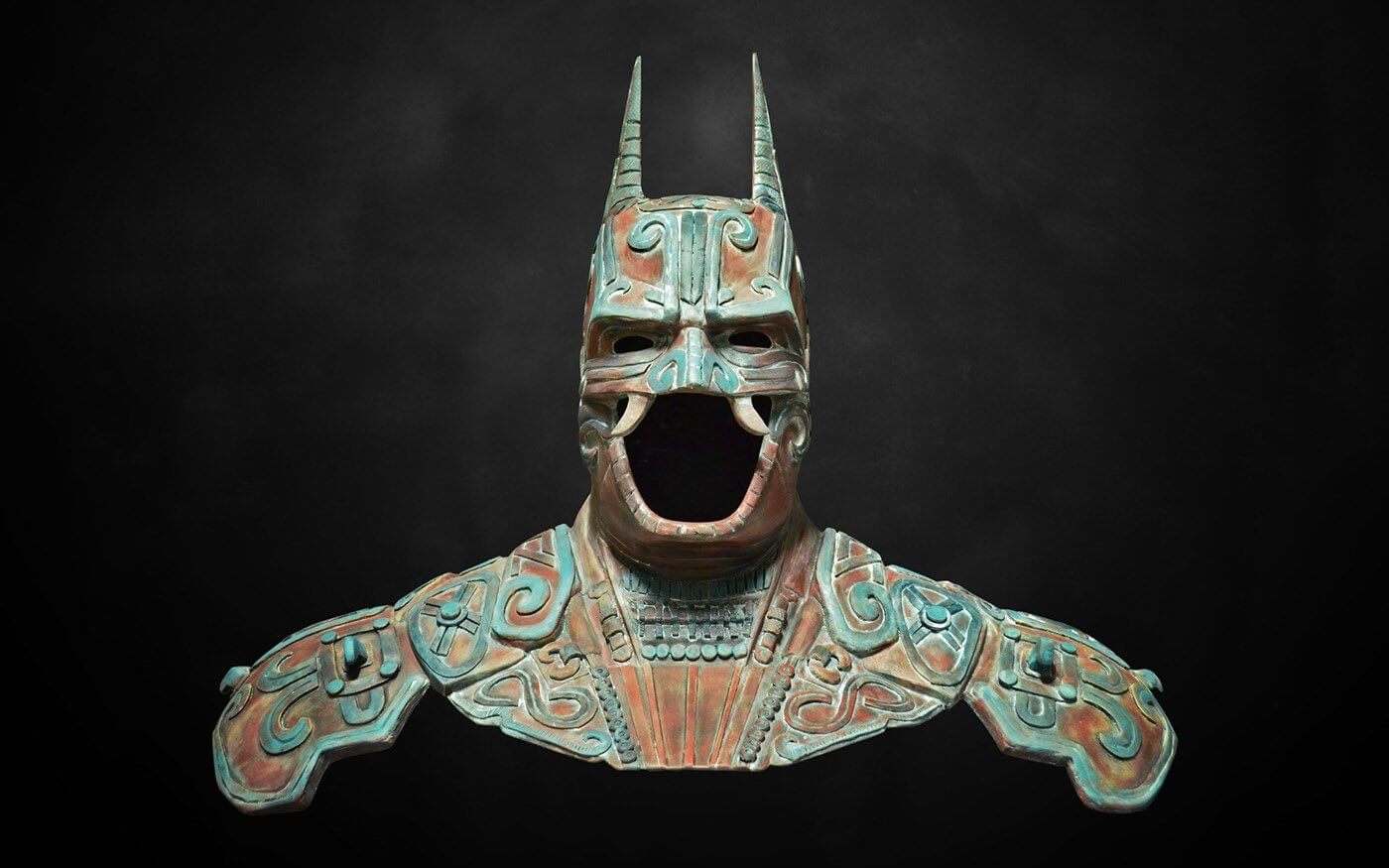 As social media is abuzz with who might be cast in the next Batman movie, with concerns that some of the candidates might not be menacing enough to fill those big black boots, it might be time to look again at one of the bat figures that featured as an imposing power in Mesoamerican mythology – Camazotz.

Camazotz, (meaning ‘death bat’ in the Kʼiche’ Mayan language of Guatemala) originated deep in Mesoamerican mythology as a dangerous cave-dwelling bat creature. A cult following for the creature began amongst the Zapotec Indians of Oaxaca, Mexico and the figure was later adopted into the pantheon of the Maya Quiche tribe and the legends of the bat god were later recorded in Maya literature.

Bats are considered to be menacing creatures in many cultures. They are nocturnal and thus associated with the night, which is also often associated with death. Many common species also have a relatively bizarre appearance, which makes them all the more off-putting for humans. It doesn’t help that there is a species that actually sucks blood (the vampire bat, Desmodus Rotundus ).

In the Maya culture , the bat god Camazotz is linked to death. Camazotz is also the name of a monstrous creature which inhabited a cave called “the house of bats” in the Popol Vuh . Most scholars believe that Camazotz was inspired by the common vampire bat, but others have suggested that it was based on a giant vampire bat that (probably) went extinct sometime during the Pleistocene or Holocene periods. 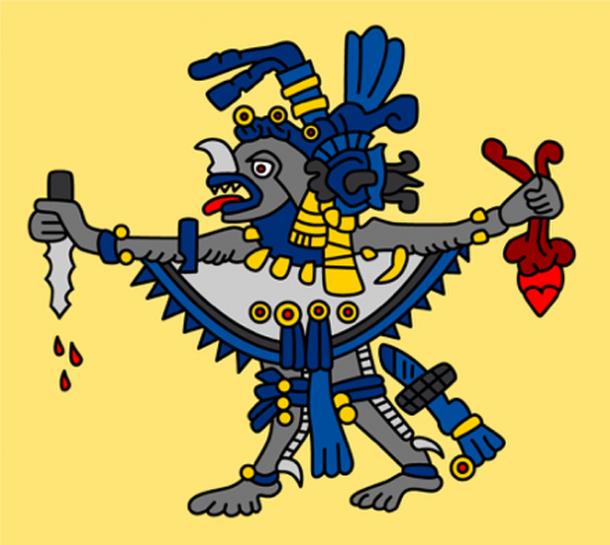 In the Popol Vuh , an ancient Mayan mythological text, Zotzilaha was the name of a cave inhabited by the Camazotz, a monster with a roughly humanoid body, the head of a bat, and a nose that resembled a flint knife. The monster was said to attack victims by the neck and decapitate them. In the Popol Vuh , it is recorded that this creature decapitated the Maya hero Hunahpu. Camazotz is also one of the four animal demons responsible for wiping out mankind during the age of the first sun. 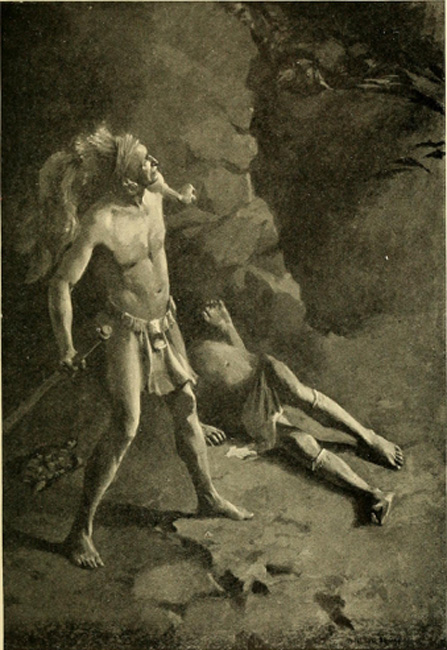 Maya hero Hunahpu about to be attacked by Camazotz. ( The Commons )

Bat-like demons and monsters are common in South America and Central America. Another example of such a story is the Chonchon in Peru and Chile, which is thought to be created when a sorcerer, known as a kaku, performs a magical rite causing his severed head to sprout giant ears and talons at death. The giant ears become wings.

This ubiquity of giant bat monster legends leads many archaeologists to propose that the monsters have a basis in encounters with a real animal – such as the vampire bat. The vampire bat is favored because of its historical association with bloodletting and sacrifice. It is, however, possible that the legends could be derived from a giant bat that was present during the Pleistocene or early Holocene – one which may still exist today. 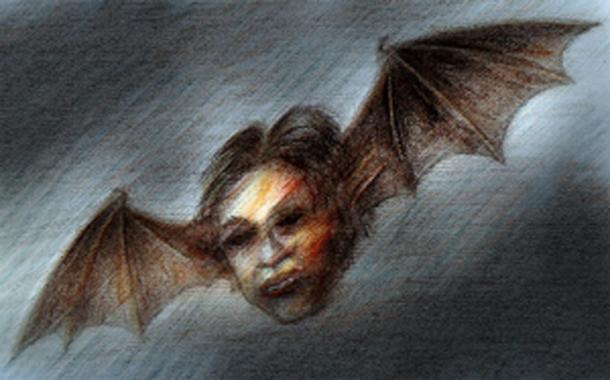 Artist’s illustration of a Chonchon.

In 1988, a fossil of a vampire bat was discovered in the Mongas province of Venezuela. The bat was larger than the modern vampire bat by 25% and was dubbed Desmodus Draculae . It is more popularly known as the giant vampire bat.

Sites containing examples of it have been found in the Yucatan, Belize, northern Brazil, and Venezuela. In 2000 a tooth from D. Draculae was found in Argentina – much farther south of the modern range of the Desmodus genus. It is difficult to date exactly when D. Draculae went extinct, or if it went extinct at all. All of the sites have been dated so far to between the Late Pleistocene and Late Holocene. 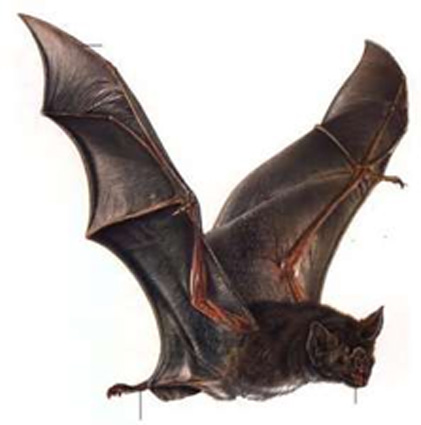 The latest age found for a D. Draculae site is 300 BP (circa 1650 AD). The latest age in central America is hard to ascertain, but it is probably either Late Pleistocene or Holocene. These dates make it very possible that D. Draculae coexisted with humans in South America and Central America, and humans could have come into contact with D. Draculae, though towards the Late Holocene they would have been vanishingly rare.

In addition to this evidence, there have been mysterious sightings of giant bats or bat-like creatures. One of the earliest sightings dates to 1947 when J. Harrison claimed to have seen several large flying creatures which were described as giant bats (though some people also claimed that they were living pterosaurs).

In the early 1950s, a Brazilian couple claimed that they encountered a bat-like creature in the same valley that fossils of D. Draculae were discovered in Brazil. Another incident occurred in 1975 when an outbreak of animal mutilations hit Puerto Rico. A farmer said that he was repeatedly attack by two grey bird-like creatures. These creatures were also seen by others throughout the mutilation outbreak. Another sighting occurred in the mid-1970s in Texas, when a farmer asserted that he had encountered bald bat or pterosaur-like creatures with short beaks and gorilla-like faces. Three toed prints of this creature were also said to have been found. 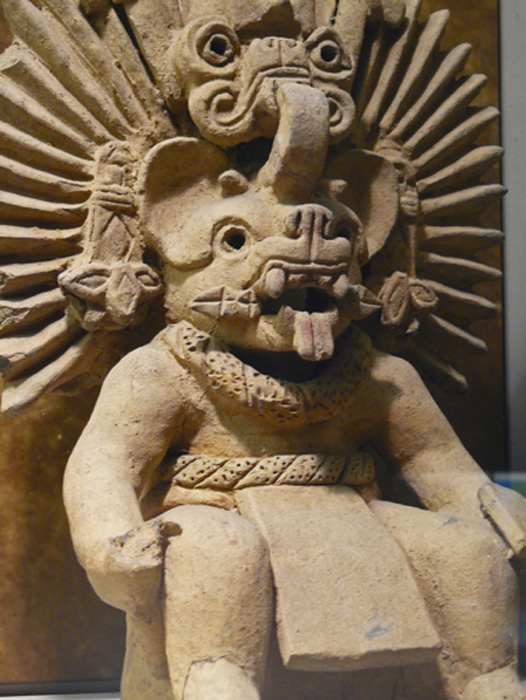 Did D. Draculae Inspire the Story of Camazotz?

The common vampire bat, D. Rotundus has an eight-inch (20.32 cm) wingspan. Since D. Draculae was 25% larger, it would have required more blood and probably would have attacked larger animals – and possibly even humans. It is undoubtable that an attack by a rare giant bat would give rise to legends of supernatural monsters. 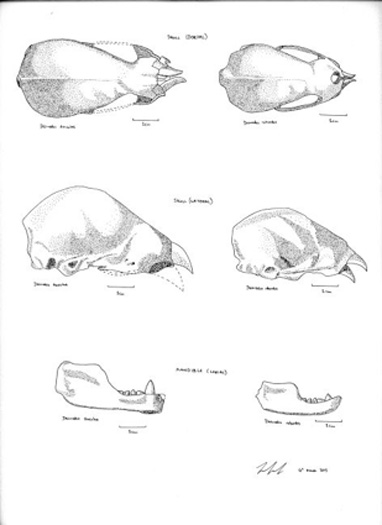 Comparisons of the fossil skulls of Desmodus draculae (left) with the Common Vampire Bat, Desmodus rotundus . (Illustrations by Jan Freedman , based on the Figures in Morgan et al. 1988)

Despite the tantalizing fossil evidence, and the strange stories about encounters with giant bats, there isn’t any indisputable evidence at the moment that D. Draculae was common enough to be encountered by ancient inhabitants of South America and Central America on a regular basis, or that the giant vampire bat is still alive today and could thus be the creature reported in giant bat sightings.

Nonetheless, the fact that the fossil evidence suggests that D. Draculae may have coexisted with humans for thousands of years in the Americas and the ubiquitous legends of bat-like monsters all over south and central America does make it a plausible connection.

As social media is abuzz with who might be cast in the next Batman movie, with concerns that some of the candidates might not be menacing enough to fill those big black boots, it might be time to look again at one of the bat figures that featured as an imposing power in Mesoamerican mythology – Camazotz.