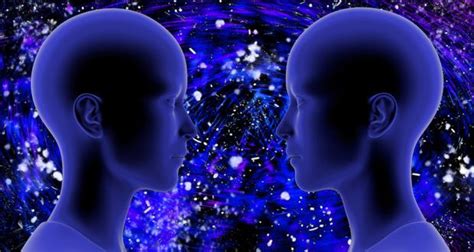 Telepathic aliens are completely plausible. If I had to guess what form of communication aliens use, it would be telepathy. Almost everyone that encounters an alien agrees that aliens possess telepathic abilities. This is either because they can feel their thoughts being invaded or they can hear the alien’s voice insider their own head. They also notice that the aliens never talk to each other yet they still seem to be communicating together. Telepathy is an obvious form of communication in these situations. Aliens may also have other psychic abilities also.

I enjoy watching sci-fi movies as much as anyone does, but having an analytical mind, I can’t help but to dissect them. One of the questions that these movies always bring up for me is how would real aliens talk? In movies, it seems like the entire Universe knows how to speak English. I realize that they do this to keep us from having to read subtitles for the entire movie. Usually, the only character in the movie with a thick accent is the one that is all the way from Scotland, not the one that is from across the Universe. I could pick on the unrealistic portrayal of aliens in sci-fi movies all day but I won’t. What I do want to do is to talk about how aliens really would talk if we ever were to meet one. How would a super-advanced species of aliens really communicate and what else could their giant brains do?

Telepathy And Psychic Abilities Are The Next Logical Step In Evolution

I think it is safe to assume that the theory of evolution is probably one of the scientific standards that stays constant throughout the entire Universe. If you follow the natural progression of intelligence and the ability to transfer ideas from one being to another, telepathy would be the best answer to how communication would evolve. The amount of time it would take advanced species to evolve would greatly be decreased by the addition of gene manipulation.

Us humans can’t even comprehend what the minds of such advanced beings could do. We like to think that we are smart but that’s because we compare ourselves to other animals on Earth. Chances are that there are humanoids somewhere in the Universe that have millions of years of advancements on us. We would be like ants to them.

Since these aliens have had more time to evolve than we have, they would have evolved to the next level. Many people already think that if humans could access their entire brains then we could be psychic. Imagine if a much more evolved being could access all of an even bigger brain. When you think about it like that, telepathy and psychic abilities do not sound that far fetched.

Humans are already learning how to manipulate genes, which is probably going to change our species in ways that we can’t even imagine. Many alien species have surely had this technology for thousands of years. I am sure that if they didn’t naturally evolve to the point of being telepathic then they would create the ability themselves for their own species. Aliens may not only use telepathy but they could also be psychic. The extent of their psychic abilities can only be guessed at.

These powers could include the ability to read people’s thoughts. They could use their abilities to brainwash people also. An alien might be able to completely control you by just looking at you. Maybe they can even put memories into your head. This sounds like science fiction, but often science fiction becomes true.

The feeling of having their thoughts invaded is a very common experience of people that have been abducted by aliens. The abductees often report that the aliens they encountered talked to them, and the other aliens, without making a sound. Abductees also report feeling as if their memories have been altered or erased. Many people think that aliens use machines to alter people’s brains but I think that they have the ability to do this through psychic or telepathic powers.

After a long enough period of time evolution would step into this process again by eliminating the need for vocal cords. It is impossible to know if some aliens enjoy the art of vocal singing or not. If they do then their vocal cords would probably stay. If not, then the body would eliminate them after they were not used for a long enough period of time. The absence of vocal cords could explain why grey aliens often seem to have thin necks.

Other Ways Aliens Could Use Telepathy

The scary part about aliens using psychic abilities is that they could be controlling our thoughts. Theoretically, that would mean that aliens could mask their appearance to humans. That means that they could be standing right in front of you yet you don’t see them, or they appear to be something else. Using this technique, aliens could be all around us and we would never even know! This would explain how they get in places without being seen.

For the reasons we have discussed and many more, I believe that the number one way advanced alien species communicate with each other is telepathy. I also think that there would still be a need among advanced alien species to use written communication because there may be some limits to their ability to communicate using telepathy; distance probably being one. I would think that aliens would also use some form of written language to record history and label things such as space ship controls. This would explain why people report hieroglyphic type illustrations on UFOs and other alien artifacts.

During all my Contact (Contactee) visits , I don’t like to use the word Abduction really because I made a Sacred agreement before coming to Earth to be apart of this Special Transition for Humanity.