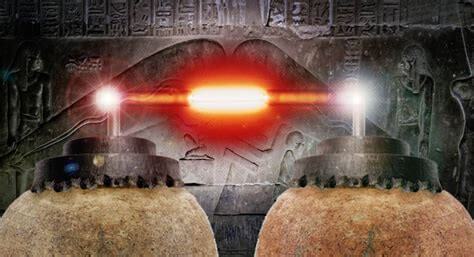 The Baghdad Battery is one of the most controversial find of all time.This artifact could be proof that the ancient inhabitants of Earth already had electricity
Discovered in 1936, the Baghdad Battery has generated much controversy in the scientific and theoretical community.

It was found during excavations in Kujut Rabua, a village in southeast Baghdad.

While working on the Iraqi State Department-financed railway line, they came across an ancient grave covered with rubble.

When the mausoleum was reopened, they found a total of 613 objects, including chiseled bricks, beads, and a strange vessel with a protruding metal rod.

The metal rod protruded an exact centimeter and appeared to have been lead-coated in the past. Obviously no one knew what that was for.

Two years later, a German archaeologist carried out different studies and experiments on the object.

In his conclusions he said that it had shown some chemical reactions similar to those of a battery.

It is confirming that, in the past, the ancient inhabitants of Earth not only knew electricity, but they dominated it.

Several theorists suggested later that the reason why no traces of fire or torches were ever found inside the Great Pyramid could be the use of an artifact-based electrical system such as the Baghdad Battery or Dendera light bulbs.

If a battery was capable of generating electricity, a complete network with the necessary chemical reaction could have generated an entire electrical system inside the pyramids.

The scientific community in denial of the Baghdad battery

Obviously, the scientific community is totally opposed to this theory, assuring that they are nothing more than “unsubstantiated speculation”, since no other objects with the characteristics of the Baghdad Battery have been found.

Still, ancient astronaut theorists hold the possibility that the ancient inhabitants have managed to wield ancient technology as mentioned in ancient texts, which the scientific community takes as a fable.

Although it is true that the characteristics of the Baghdad Battery have not been found in any more objects, so many cultures cannot be wrong in mentioning a certain type of ancient technology that seemed incredible for that time and there are still many unexplored secrets regarding the ancient civilizations.

Many impossible devices and technologies have been described in various mythological texts which provides description of flying vehicles (Vimanas), nuclear weapons etc.

What do you guys think about the advanced alien civilizations? Leave us your comment below.