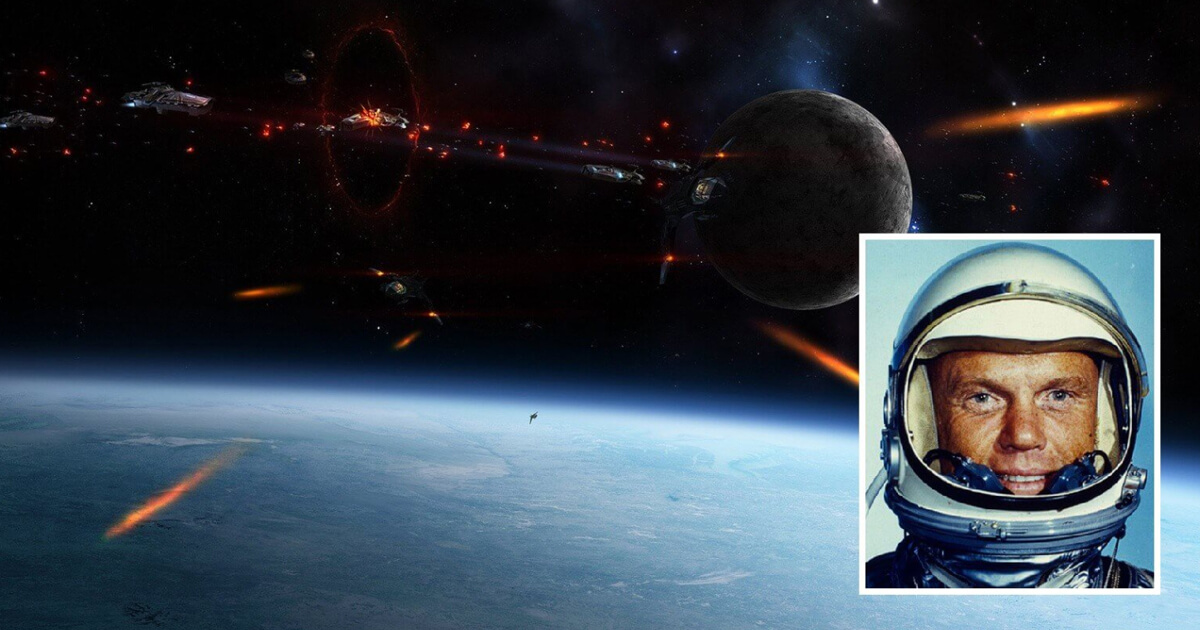 This incredible new footage was recently leaked as it showcases the legendary mission that the Mercury-Atlas 6 capsule had undergone back on February the 20th, 1962. This ship was actually controlled by John Glenn and CAPCOM as together they launched off the first manned orbital mission in the US all around the globe.

It was originally meant to orbit our planet three times around, going as fast as 17,500 miles per hour. At this speed the spacecraft known as “Friendship 7” was able to accomplish this in 4 hours, 55 minutes and 23 seconds. What was really strange about it however is the interaction that John Glenn himself reported as he apparently got intercepted by a massive number of UFOs that circled all around him completely enveloping his whole ship altogether.

What seemed to be just another report from Glenn began with him discussing the bright blue horizon he had ahead of him only for him to suddenly report the fact that the fluorescent UFOs had completely taken over his surroundings. The ship was driving around at insane speeds, and yet these spacecrafts which ranged in the thousands actually seemed to constantly stay at a distance of 7 to 8 feet away. After reaching Earth he had undergone tests which according to NASA proved the fact that he had hallucinated it all thanks to a lack of oxygen. Is this what actually happened though?