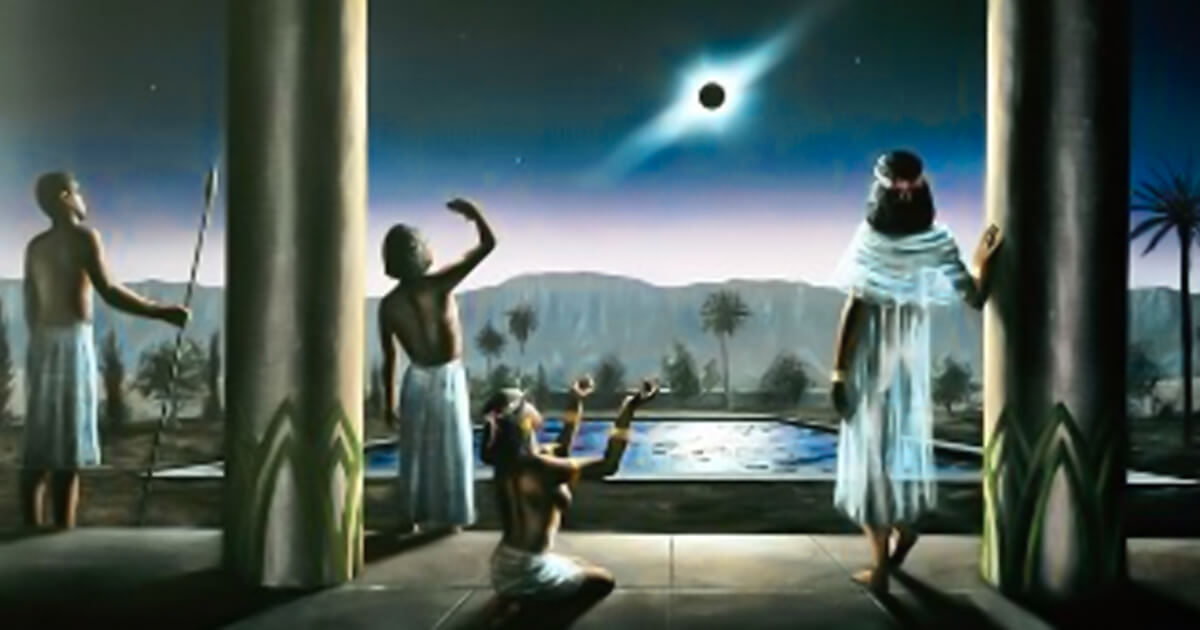 Historians and anthropologists have been telling us that human beings have been capable of scientific and celestial equations for just a few thousand years. But according to Simplicius (6th century BC), the ancient Egyptians reported astronomical observations for 630,000 years! But then scholars tell us that the extinct hominid group Homo Erectus, a probable forerunner of modern humans, has existed. The historian Cicer showed that the records of Babylon were 470,000 years old. The Egyptian priests told Herodotus (5th century BC) that the sun had not always risen from the same location. A assertion that leads one to conclude that they have maintained a record of the procession of equinoxes lasting at least 26,000 years. The Greek historian Diogenes (3rd century BC) went deeper and reported that the first celestial discoveries documented by the Egyptian priests had come down in time at 49,219,000 BC! It also applies to the occurrence and documentation of a total of 373 solar eclipses, 832 lunar eclipses, the observation of which may, implicitly, have spanned a time of 10,000 years. The Byzantine historian George Syncellos stated that the activities that have taken place for 36,525,000 years have been documented in the Pharaohs’ chronicles. Still, according to anthropologists, there were no human predecessors 36 million years ago! Martianus Capella (5th century) stated that the Egyptian sages had secretly practiced astronomy for 40,000 years until the findings of their study were published. Chronological measurements in India begin with 11,652,000 BC. But maybe it’s time for science to rework the chronology…
Please remember we all have different opinions, Think Before You Speak or Write Something that is cruel to Others. After all, We are only Humans. Wishing you clear skies and wide eyes. To share your experiences or just leave a comment there is a area below. Read or listen.