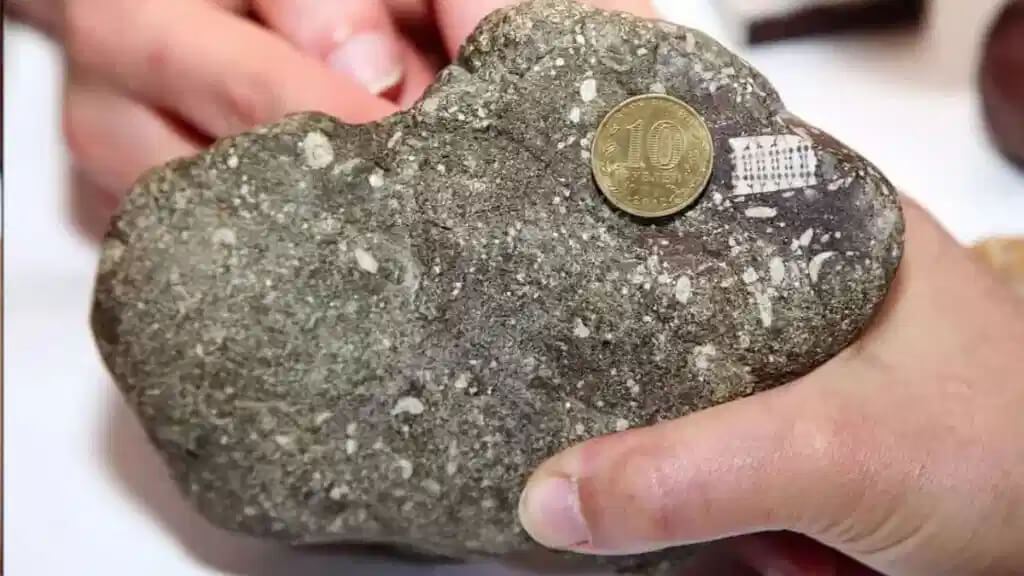 In 1954, Russian astrophysicist Nikolai Kardashev proposed the method to calculate the technological advancement of any civilization based on its available resources. He called this method a “Kardashev scale,” which ranks the civilization from Type I to Type V. It should be noted that humans do not fit in any Types. Does it mean that planet Earth has never had any civilization that could fit into those categories? Scientists assumed that we are the first advanced civilization but according to archeology, the Earth’s soil had a more advanced civilization in the past. An unusual rock artifact found in the Krasnodar Krai of Russia hinted at the technological advancement in ancient times.

In 2013, a fisherman named Viktor Morozov found an ancient rock in the Khodz river in the Russian city of Labinsk, Krasnodar Krai. It is important that the stone had a microchip-like artifact that initiated a debate in the scientific community about its origin. After examining the stone, the scientists found out that it was 250 million years old. Besides, they concluded that the artifact was indeed used by the ancient civilization as the modern chips.

It is technologically not possible to determine the exact age of any stone, as the carbon dating method is the only reliable object containing organic material. So, the estimated age of the microchip rooted in stone is counted according to the traces of organic material surrounding it.

The mysterious microchip was found by Morozov accidentally while fishing. He picked the stone up and took it to the South Russian State Polytechnic University experts, where they did a series of tests on the chip without removing it from the stone.

According to the research, the ancient specimen was 15 × 11 × 4.5 cm and gray-brown in color. It is an organogenic material consisting of fragments of the skeletons of sea lilies known as crinoids, a class of marine animals that belong to the echinoderm type.

An expert in Geology and Paleontology of the Comenius University in Bratislava named Matúš Hyžný identified it as the lengthwise cut of a crinoid, an organism similar to sea urchins and starfish.

Additionally, in 2014, scientists at the research institute also assured that the geochronological age of that stone could be 410 million years. Thus, the stone may belong to the period called the Silurian.

Crinoids had been supposed to be extinct 273 million years ago until they were found again on the bottom of the Pacific Ocean, off the coasts of Honshu and Shikoku in Japan. Scientists found non-skeletal corals growing from the stalks of crinoids, or sea lilies.

Such discoveries have always been exaggerated by conspiracy-lovers based on their visual interpretation.