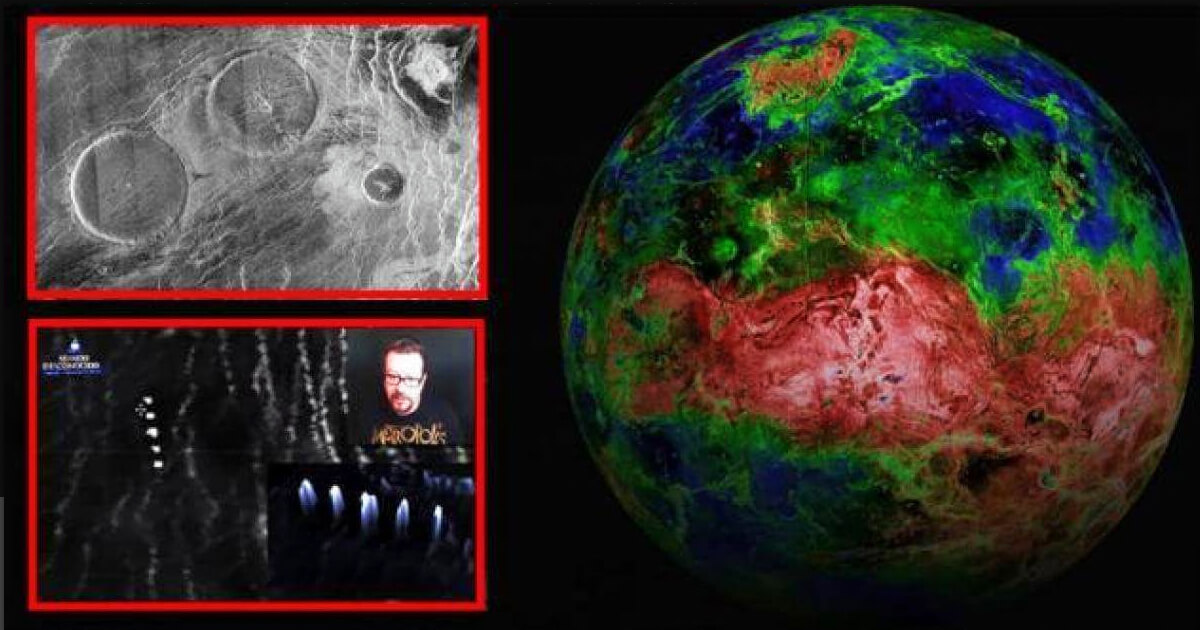 February 5, 2021
This new discovery might actually change everyone’s perspective on alien life on Venus as these newfound pictures clearly showcase that there is intelligent life on the planet after all. This shouldn’t come off as too much of a surprise, considering the fact that since Venus is the second planet from the Sun it makes sense that it would be the most likely to actually have life on it to begin with.

The discovery was made by a YouTuber by the name of mundodesconocido as he apparently came across the lost pictures from the Magellan probe that was originally sent to Venus back in 1989.

As you can tell from the pictures yourself, this is all indisputable proof, as you can clearly see the ground having been terraformed and most importantly the strange structures that emit light.

Since more than 85 percent of the surface is currently covered from head to toe in volcanic flows this might explain why we couldn’t see the cities before. Scott C Waring also talked about it on his YouTube channel, discussing the theory with all of his followers.

The fact of the matter is that this proof is very interesting, but there are some plot holes around it which don’t necessarily make sense. First off, how come only now we’re discovering this? Secondly, why would NASA allow for such a discovery to be released to the public, showing incriminating footage that they themselves don’t support? Could this just be a mistake? What do you think?
Please remember we all have different opinions, Think Before You Speak or Write Something that is cruel to Others. After all, We are only Humans. Wishing you clear skies and wide eyes. To share your experiences or just leave a comment there is a area below. Read or listen.