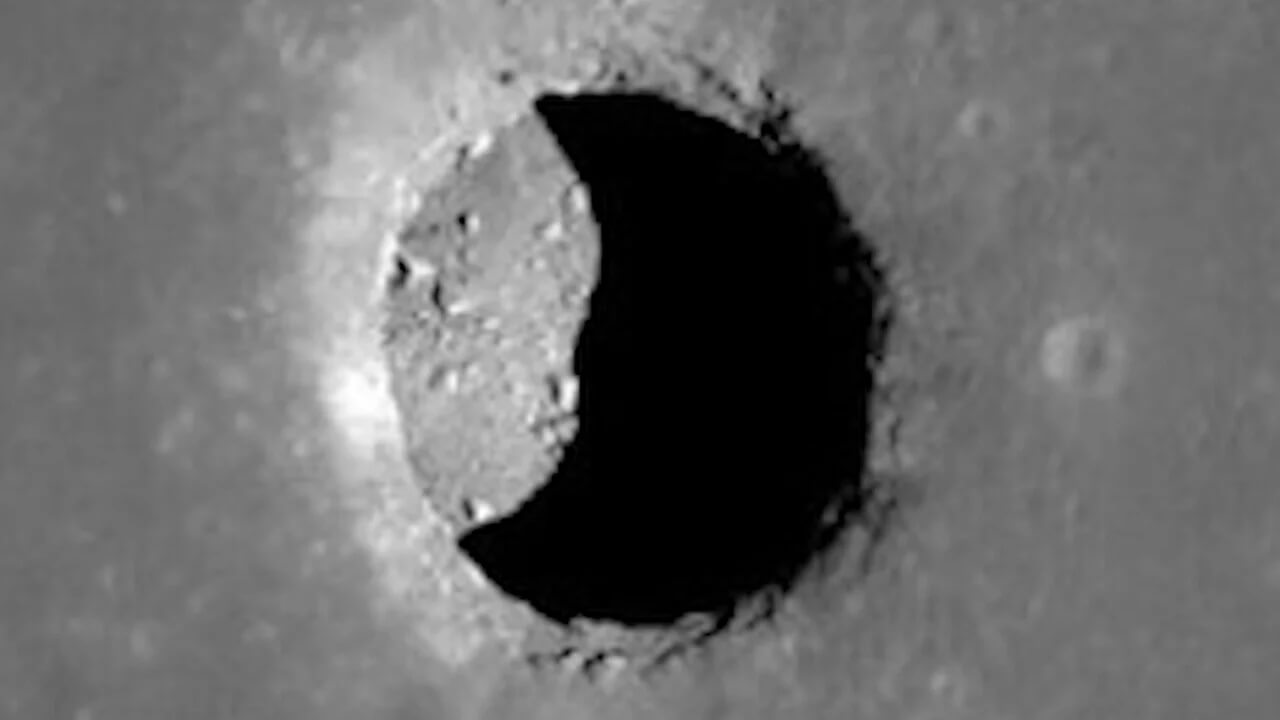 UFO News
The moon is covered with a massive network of tunnels and caves formed by lava tubes. Some of them are miles wide and could easily fit an entire advanced alien civilization. The Chandrayaan satellite, which lost connection to it’s home country of India in 2008, has recently been rediscovered by a ground based radar system from JPL. This satellite was the first to photograph many of these extensive cave systems.

The presence of enormous caves on the moon suggests that an alien civilization could be living much closer to home that we previously thought. We find it fascinating that an extensive network of caves and tunnels, some of which are large enough to house entire cities, are covering the surface of the moon.”

Because the Moon rotates at the same rate as it orbits our planet, the far side is always facing away from us. This aspect would have been a tactical advantage to any alien creatures who wanted to observe us without running the risk of being spotted. Prior to 1959, when the Russians obtained the first images of the dark side, we had no idea what it looked like.

Now that we have satellites and probes, an alien presence looking to remain undetected would have to resort to new strategies in order to hide from prying human eyes. The vast network of caves would offer them the perfect hiding spot and the dried lava tunnels could be used as a highway system to connect all their secret locations. But despite the fact that we now have the technology to explore the previously out-of-bounds half of the Moon, we have few high-resolution images of these critically-important regions. Many have taken NASA’s silence on the matter as a confirmation that aliens inhabit the dark side of the Moon.

With very little effort on their part, these alien colonists could find themselves sheltered from the harshness of outer space. The enormous caves could house fully operational bases with living quarters and ample parking spots for their UFOs. They could travel undetected between these bases using the ancient lava tunnels under the surface.

Unfortunately, we have little evidence to prove this because of the ongoing effort to suppress critical proof. Fortunately, we have our curiosity and suspicious nature on our side. But we definitely need to find more lost probes.